WWE star Becky Lynch says she is grateful for her run in the WWE in 2018-19, as she didn't face Ronda Rousey after a blow from Nia Jax broke her nose. 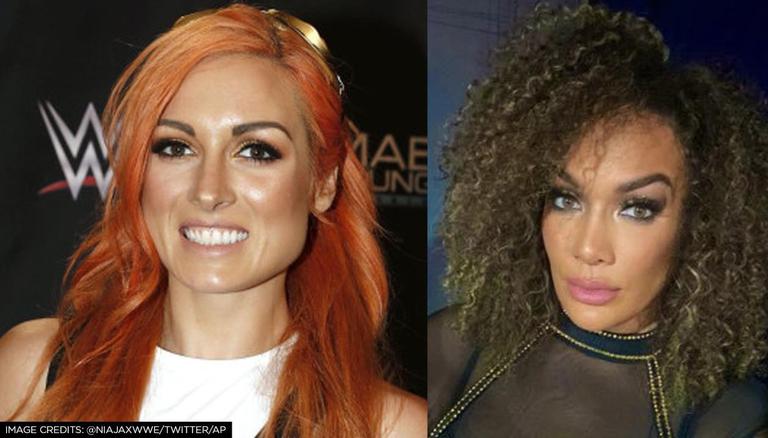 
WWE star Becky Lynch, who made a return to the WWE Summer Slam last month in August, recalled her fight against Nia Jax in 2018-19 when she broke her nose after suffering a bow from Jax. She revealed that she is grateful for the blow as she didn’t have to face Ronda Rousey that year. Becky Lynch was supposed to face Ronda Rousey at the Survivor Series, however, following Nia Jax’s punch that broke her nose, she was ruled out of the match. She made a comeback to WWE by appearing at the SummerSlam on August 2021.

While talking to Give Me Sport, Lynch admitted that without the image of her where she was covered in blood at the top of the stands with her arms out, her career wouldn’t have reached the place it is at now. She added that she needed to buy Nia Jax a bouquet of flowers. While speaking further about the incident, she said, “So yeah, 100% it was a blessing in disguise. I don't know what would have happened otherwise. We would have had our match, I probably would have won. Who knows? Who knows what would have happened?. It's so hard to tell, but I am very grateful for everything that happened along the way”. After getting the blow from Nia Jax, Becky ran into the crowd with blood pouring from her face, which is widely regarded as the Irish wrestler’s reason to rise up the ranks in WWE.

Becky Lynch returned to WWE at the SummerSlam 2021