Here's a look at the WWE Raw Results where Veer Mahaan crushed Rey Mysterio with a cervical clutch and Seth Rollins called Cody Rhodes a 'virus'. 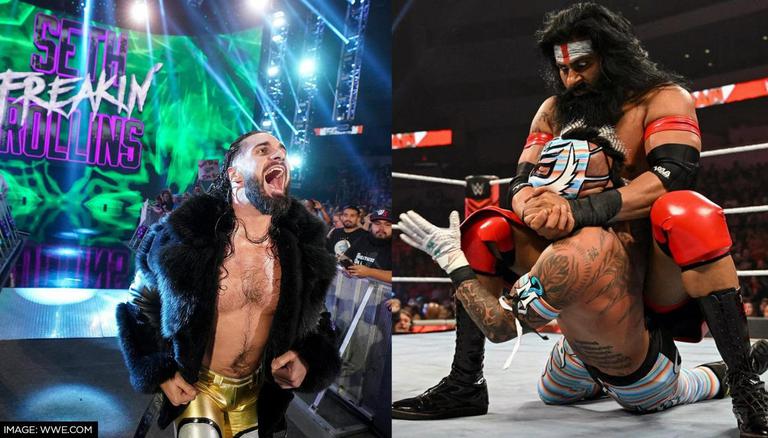 
The WWE Monday Night Raw episode of June 13 kicked off with Paul Heyman making an appearance on The Miz TV and announcing that Riddle will get another chance to fight for Roman Reign’s undisputed championship title, even if he loses to Reigns in the title match on Friday Night SmackDown. Riddle then made his way into the ring and said Reigns would have to kill him in order to stop him from winning the title. Later in the show, Riddle defeated Ciampa and gained momentum ahead of his clash against the undisputed WWE universal champion.

Meanwhile, after suffering three defeats against Cody Rhodes in the last three PPV events by WWE, Seth Rollins called Rhodes 'a virus.' Referring to his, attack on Rhodes on last week’s episode, Rollins added that AJ Styles will face a similar fate in the qualifying match for the Money in the Bank PPV. Styles then made an appearance and launched an attack on Rollins, saying it was for Cody.

However, Rollins defeated Styles in the qualifying bout for the Money in the Bank PPV. While the show featured many interesting moments, one of the biggest topics was Indian wrestler Veer Mahaan’s enthralling match against Rey Mysterio. Mahaan continued his unbeaten streak on the WWE Raw by picking up a submission win against Mysterio, through a cervical clutch.

Going ahead in the show, Asuka battered the former Raw women’s champion Becky Lynch and took her out after Lynch attacked Dana Brooke ahead of their planned match. At the same time, Bobby Lashley and the United States champion Theory clashed in a pose-down, before being involved in a physical fight. Having said that, here’s a look at the complete results of WWE Raw’s latest episode.