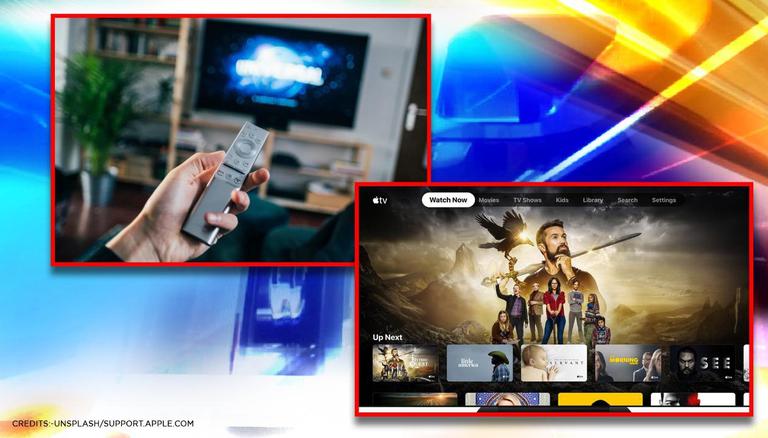 
Apple TV is now available on more Android devices, fulfilling a promise made by Google earlier this year. The Apple TV app is now available on all modern Android TV devices as of today, June 2. Apple has expanded the app's compatibility to include Google's popular operating system for smart TVs and streaming devices, making it available on the Android TV platform. Although Apple TV was originally only available on Apple devices, it has since been expanded to include additional devices and platforms such as Amazon's Fire OS and LG's webOS. Android TV is a significant platform that covers smart TVs from a variety of brands, and it is a popular choice in India, where many low-cost TV makers utilize the OS in their smart TVs.

The Apple TV app for Android TV can be downloaded from the Google Play store and is accessible for Android TV devices running Android TV 8 and later that already have access to the Google Play store. 9to5google on its official page claimed that they have tested it on the Realme Smart TV 4K 43 (Review) and were able to install and sign in to the Apple TV app without any hassles. Content is available in up to Ultra-HD quality, with HDR compatibility up to Dolby Vision and Dolby Atmos, if the television supports it.

Introducing a new member to our streaming roster. The Apple TV app is now available on #AndroidTV devices.

It is a significant move by Apple, especially for users in India, where the Android TV platform is widely used. Many television manufacturers, including Sony, Xiaomi, Realme, TCL, Vu, and OnePlus, employ Android TV for their smart TVs in a variety of pricing ranges. Apple TV will now be available on all of these devices, letting users to stream movies they may buy or rent, as well as the Apple TV+ subscription service, which includes critically acclaimed original shows.

Netflix, Amazon Prime Video, and Disney+ (Disney+Hotstar in India) have all been accessible on the Android TV platform for quite some time. Although the app and service debuted on the Amazon Fire TV platform in late 2019, it has taken a long time for it to arrive on Android TV. It also indicates Apple's desire to be taken seriously as a provider of services such as music and video streaming for consumers outside of the Apple hardware ecosystem, rather than solely as a hardware maker.

READ | How to delete apps from Apple Watch? Know all details here

What is Apple TV plus?

Apple TV+ is a streaming service that features Apple Originals, which include award-winning programmes, gripping dramas, ground-breaking documentaries, kids' entertainment, comedies, and more. New Apple Originals are added every month, according to the Apple website.

WE RECOMMEND
PS5 Pre Order Issue; Sony to tackle yet another issue for PS5 Indian release
Apple TV app set to release on Xbox Series X|S and PS5 consoles
Netflix not working on Apple TV: How to troubleshoot the issue in simple steps?
How to watch Game of Thrones without an internet connection on Hotstar, Apple TV app
How to watch the Apple event live, on Apple TV as well as through YouTube; details inside