Jitendra Chouksey, CEO and founder of Fittr app shares his story behind his fitness journey with Republic World

The ever-growing presence of various Internet-based apps and services plays a huge role in shaping the way we interact with our phones and perform our day-to-day activities these days. As apps have become an integral part of our daily routine, we have apps for almost everything. For example, watching movies, listening to songs, calculating GST, scheduling reminders and so on.

One such company SQUATS, which is a Pune-based health and fitness firm, has a fitness app called Fittr that aims to digitise India's fitness industry. The app, with more than 100,000 monthly active users, has certain features that make it desirable, and if you happen to be a fitness enthusiast, Fittr might be a perfect app for you.

The man behind Fittr is Jitendra Chouksey, a former IT employee who quit his job to start his own Internet-based fitness company in Pune.

33-year old Chouksey, who hails from a small town Polaha in Madhya Pradesh, is a fitness enthusiast himself. After suffering a serious back injury in 2014, he realised the importance of educating himself about fitness. Chouksey completed the Nutrition Science course from ISSA and that is how he embarked on his serious fitness journey and also went on to win Muscle Mania. 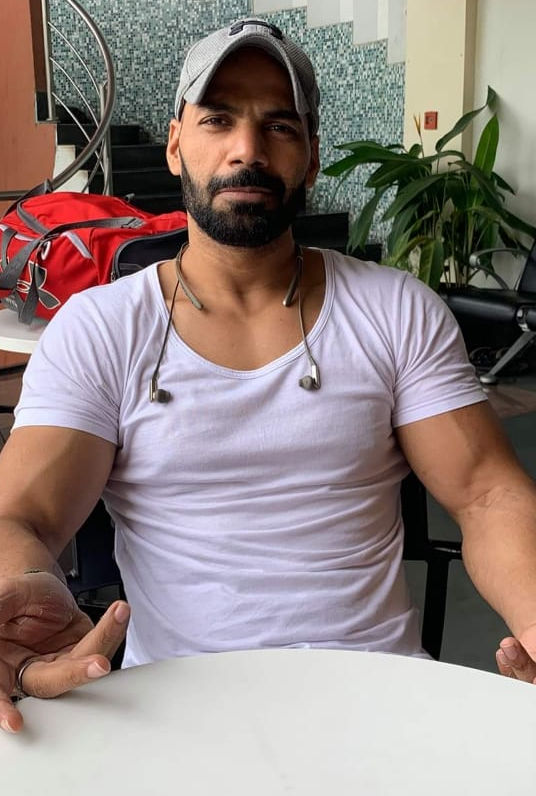 "The idea for Fittr developed out of my understanding of the Indian fitness industry. While the wellness industry is growing, there is a serious dearth of evidence-backed fitness solutions in the country. I wanted to change the way people thought about fitness and the way they approached getting fit."

Chouksey said while most people rely on fitness tips from so-called experts, they often fall prey to a plethora of misinformation, myths and fad diets.

"I wanted to change the way people thought about fitness and the way they approached getting fit. I strongly believe that education is the key and that’s what I set off to do with Fittr – educate people and give them all the tools they need for getting fit and staying fit for life."

Chouksey's journey with SQUATS and Fittr is inspired from his early days when he used to run a small WhatsApp group to mentor a few people who wanted to get fit. As more and more people started joining the WhatsApp group, he decided to create a Facebook group. He also wrote a small e-book called 'Get Shredded' to help people stay fit which he made available for free to his group members.

"Over time, more people joined my team and the group numbers swelled. That’s when I decided to turn my passion into something bigger – we registered as a Private Limited company in 2016 and launched an online health & fitness coaching portal."

Chouksey said the Facebook Group he started three years ago now has over 500,000 active members.

When asked about things that make Fittr different, Chouksey said the app has been developed with the average person in mind and SQAUTS' understanding of motivation and peer support in helping out people on their fitness journey is an added advantage. Fittr was launched last year and has been downloaded more than 300,000 times across the Play Store and App Store so far.

Fittr offers a customised diet to each individual based on his or her physique such as height, weight etc. It offers a diet tool that allows users to create and monitor their daily nutrition. It also offers a training tool for you to create and monitor your daily workouts. It can also calculate your Basal Metabolic Rate (BMR) and Total Daily Energy Expenditure (TDEE) to calculate the ideal food proportions based on your goals.

What's more, the app includes a huge list of food ingredients, in addition to free recipes training charts and more.

"Fittr has over 180 health & fitness coaches on its platform. We maintain the highest expectations from our coaches, not just because they are the face of the company but also because people trust them with their lives and health."

Chouksey said to become a coach with Fittr, you must clear two levels of exams – Foundation and Expert. The Institute of Nutrition & Fitness Sciences (INFS) has created both the courses and also administers the exams. He adds the course duration is 21 weeks and the curriculum is updated on a regular basis. Currently, Fittr has over 180 health & fitness coaches on its platform.

"After clearing the exams, the students are interviewed by a panel of experts to test their knowledge and client-handling capabilities. Students who clear both the written tests and interviews are onboard as Coaches."

While all training using Fittr happens online, Chouksey believes geography is not a constraint anymore.

"Anyone who wishes to enrol with a Coach can do so using the app. Before training can start, the Coach first understands the client's current state of health, health & fitness challenges, medical history and fitness goals."

He said the coach prepares a custom-made diet and workout charts for the client and constantly monitors the client and ensures adherence to the given plans over the course of the enrollment.

But how does Fittr make money? Chouksey shared some details about the company's revenue model. Fittr’s primary source of revenue is the Fittr Coaches. The app provides users a host of packages to enrol under a Fittr Coach. Meanwhile, businesses can also list their products on Fitshop, Fittr's e-commerce wing, for which the company charges a certain fee.

While Fittr has users from Tier 1 cities across India, Chouksey said the app is fairly popular in Tier 2 cities and towns as well. While Fittr sees 77 per cent of its total users in India, most of these users are in the age bracket of 25-34. Chouksey also said Fittr has 45 per cent female users on the platform.

"Health and fitness are more than just an aesthetic physique. It is equally important to nurture a healthy mind and a sound emotional life. Like anything else in life, patience and hard work will yield results in fitness. Avoid shortcuts. Put in the hours, make an effort and concentrate on building strength along with aesthetics."

PEOPLE HAVE PLEDGED SO FAR
WhatsApp was the most-downloaded non-gaming app last month
'Call of Duty Mobile': How to set up and play the gaming favourite on the go
NaMo app update brings new digital, onground volunteering with dedicated events tab
Club Factory reveals some of the top e-commerce predictions for 2020
Sci-fiction games in 2020 that cannot be missed out; 'Cyberpunk 2077' to 'Tom Clancy'
DO NOT MISS
KAPIL SIBAL ON CAA
AMIT SHAH GETS A UNIQUE GIFT
QUEEN ELIZABETH ISSUES STATEMENT
BCCI INVITES SELECTORS' APPLICATION
SDPI WORKERS CAUGHT ON CCTV
JHARKHAND COACH ON MS DHONI