TikTok could be emerging as the leader in the social media business. Here's the full list of most downloaded social media apps worldwide for October 2019.

TikTok could be emerging as the new leader in social media business despite some regulatory trouble and global political pressure. Research firm Sensor Tower has published its list of most-downloaded social media apps worldwide for October 2019. The overall rankings haven't changed a bit for the top-three, and that means only one thing: TikTok continues to secure the number one spot and remains unbeaten, pushing Facebook and Instagram to number 2 and number 3 positions, respectively.

Recently, we saw a report that TikTok has reached 150 crores global users milestone. As the third-most downloaded non-gaming app after WhatsApp and Messenger, TikTok's growth rate could threaten Facebook's dominance in the social media business in the near future. Goes without saying, TikTok is taking a huge chunk of global social media market share, leaving Facebook chief Mark Zuckerberg worried about taking on TikTok with a secret account on ByteDace-owned short-video platform.

Following TikTok, Facebook was the second most-downloaded social media app last month with 5.6 cores global installs. Again, India contributed the most number of installs at 26 per cent, followed by Indonesia at 9 per cent. 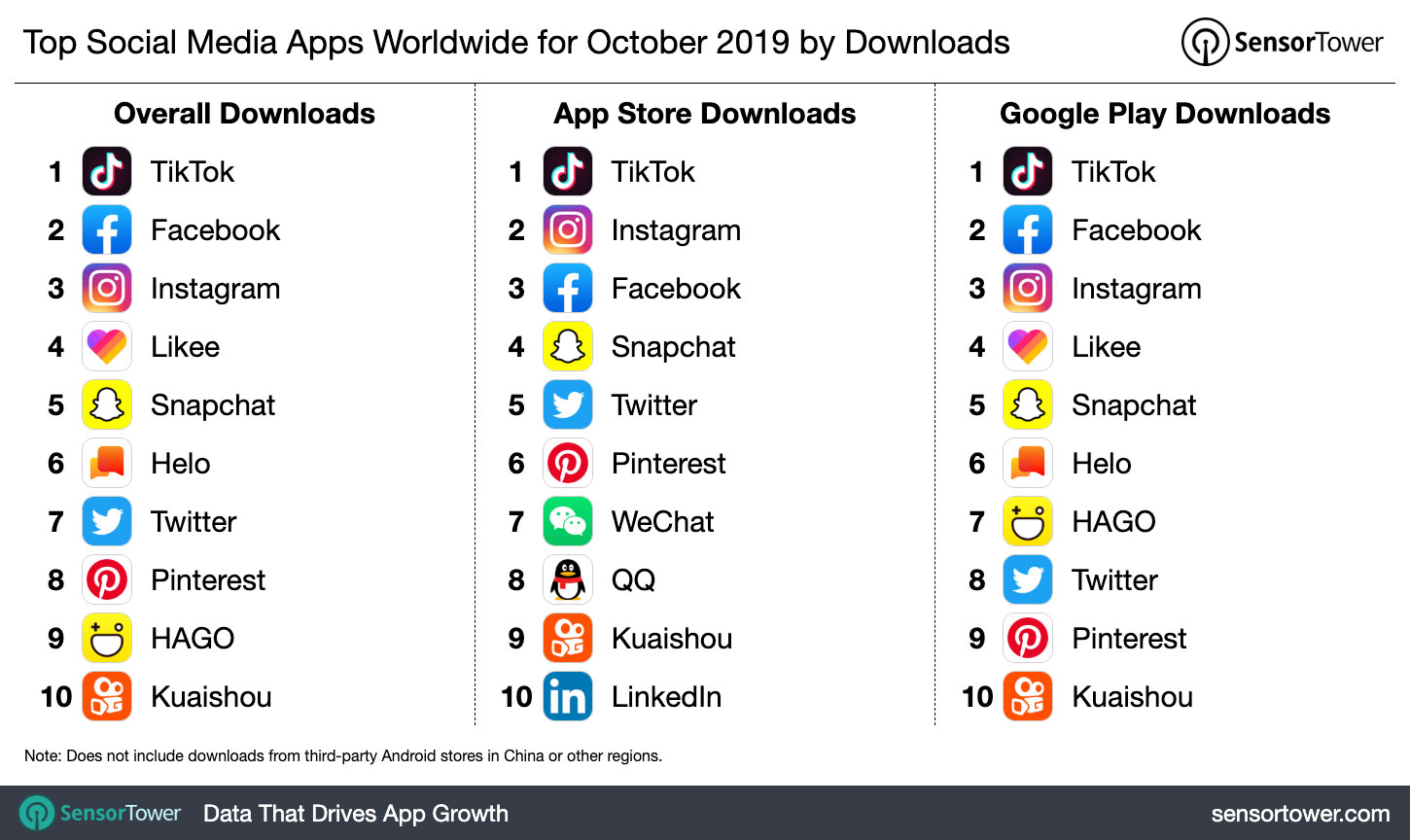 Top social media apps for October 2019 on the App Store