App market intelligence company Sensor Tower has published its list of top shopping apps worldwide for the period of September 2019. As expected, popular e-commerce platforms like Amazon, Walmart-owned Flipkart, AliExpress, Club Factory have made it to the list, which remains more or less the same from August data. However, a couple of new additions can be seen this time around in the form of Taobao and Lazada. Rankings from SHEIN and Flipkart have also been improved. According to the list, Wish was the most-downloaded app worldwide in September with around 17.9 million installs, resulting in a 45 per cent increase from the same period last year. Countries with the most number of users installing the Wish app in September were Brazil with 15 per cent followed by the US with 13 per cent of total downloads.

Chinese shopping app Club Factory was the second most installed Shopping category app worldwide in September with close to 13.8 million installs, resulting in a 2.6 times increase from September 2018. India contributed the highest number of Club Factory installs at 99 per cent.

"Club Factory continues to witness rapid growth and popularity in India and is now the 3rd most popular shopping app in the country. Our rapid adoption in India has also made Club Factory the most downloaded shopping app on the Android platform globally," Vincent Lou, Founder and CEO, Club Factory said. "Our strategy to waive off commission fees for the sellers offers a fair marketplace where both sellers and buyers are benefitted. We are also witnessing strong volume growth during the on-going Diwali sale this year."

Meanwhile, Amazon, Shopee and Flipkart rounded out the top five shopping apps worldwide in September 2019 in terms of the number of app installs. 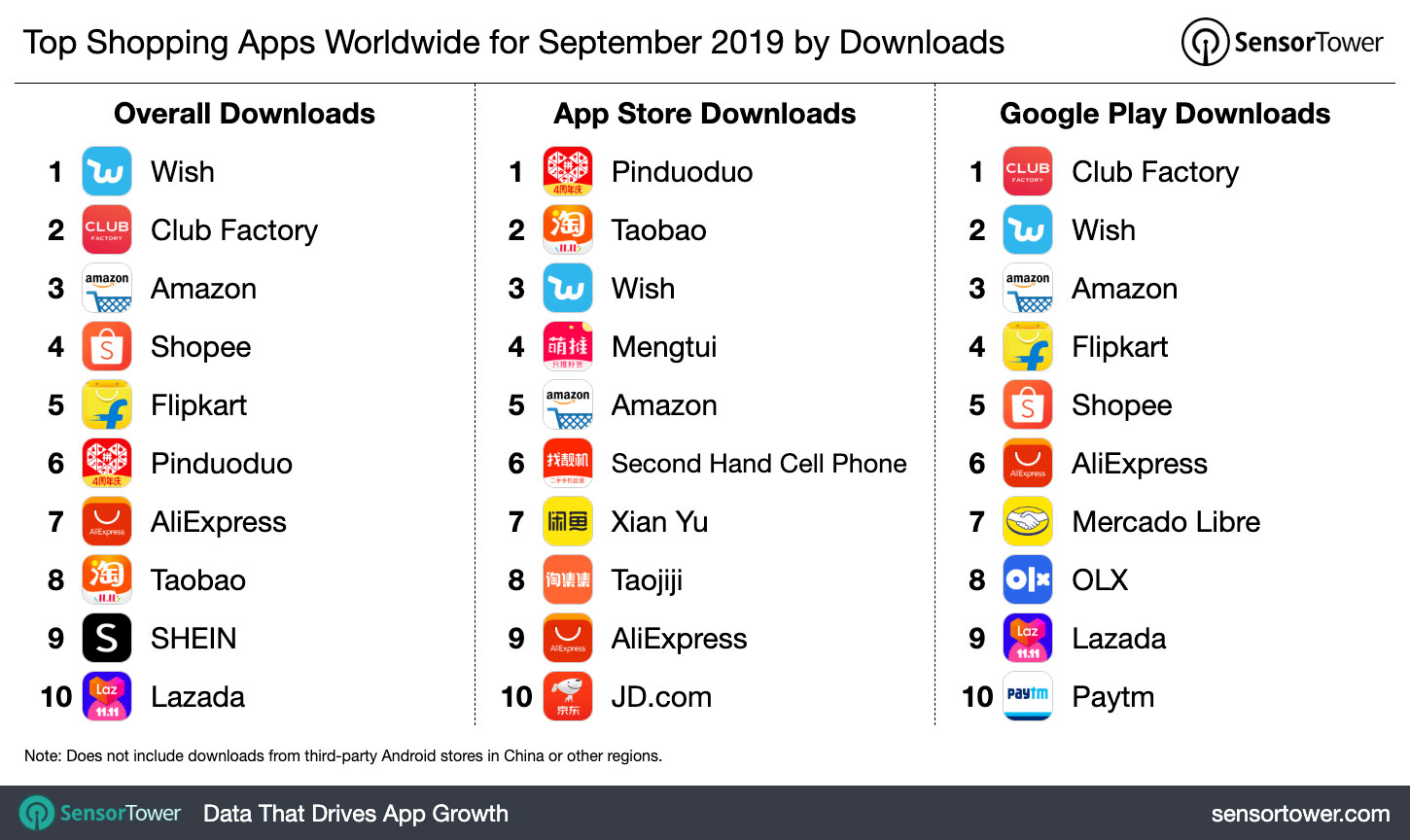 PEOPLE HAVE PLEDGED SO FAR
Flipkart sees strong demand for smartphones from tier-II and III towns
Amazon Pay lets you pay bills just by talking to Alexa, check now
How to buy Amazon Prime membership in India and what benefits to expect
You can no longer sign up for Messenger without a Facebook account
Whatsapp formatting: How to write in bold, italics and strikethrough in WhatsApp?
WhatsApp will stop working on Windows phone after today
Digital India: 5 government-made smartphone apps to help you in your daily life
DO NOT MISS
KAPIL SIBAL ON CAA
AMIT SHAH GETS A UNIQUE GIFT
QUEEN ELIZABETH ISSUES STATEMENT
BCCI INVITES SELECTORS' APPLICATION
SDPI WORKERS CAUGHT ON CCTV
JHARKHAND COACH ON MS DHONI