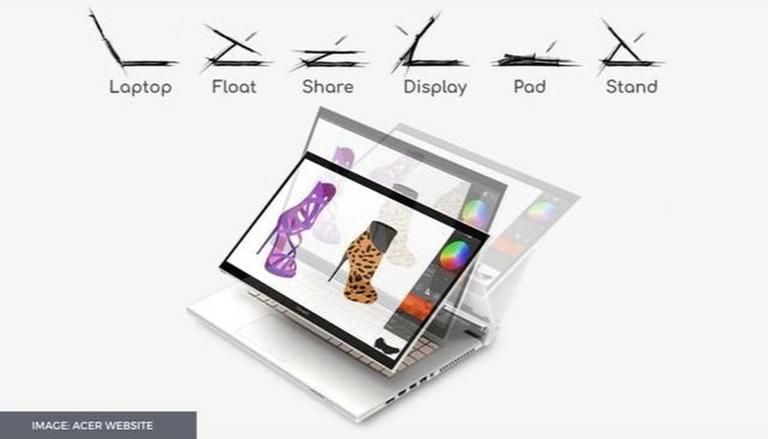 
Acer has refreshed its ambitious ConceptD series: a lineup of flagship multimedia notebooks. While the addition of Intel’s latest processors remains the key upgrade, there are a couple of other tweaks here and there. Read on to know about the Azer ConceptD 7 Ezel, specs and price.

The latest Acer ConceptD 7 Ezel is one of the most uniquely designed notebooks on the market. The search for a luxurious, capable and rather extravagant laptop ends here. On the outside, the Acer ConceptD 7 Ezel looks nothing like an ordinary laptop. The white aluminium finish and a dual-hinge design make the ConceptD 7 Ezel one of a kind. Acer also says that the laptop’s metal surface goes through a process called Micro-Arc oxidation, which adds strength and corrosion resistance.

On the inside, the Acer ConceptD 7 Ezel comes with the all-new Intel 11nth generation Core i7 processors, like many other latest laptops. Additionally, since the lineup focuses more on creators, it ships with Nvidia GeForce RTX 30 series’ GPU. A 15.6” 4K Pantone validated touch display on the device can be adjusted in more than 6 ways, thanks to Acer’s Ezel hinge system. The screen can be held in 6 different angles based on the usage and comes with 100% Adobe’s RGB Color Gamut.

READ | Flipkart Sale June 15: Mega offers on Infinix, RealMe, HP, and Acer to get your hands on

As far as storage is concerned, the Acer ConceptD 7 Ezel comes with up to 32GB of DDR4 and 2TB of fast SSD storage. In terms of ports, Acer has missed nothing. The ConceptD 7 comes with 2 USB Type-A2 ports, 2 Type-C Thunderbolts and 1 display port. Additionally, the laptop comes with Wacom’s EMR stylus, which is capable of high detail drawings on the colour-corrected display. The heavy on-board configuration demands a streamlined cooling system. The ConceptD lineup comes with 4th Gen AeroBlade fans, which combined with Acer's thermal cooling tech, reduces noise levels maintains an optimum temperature. 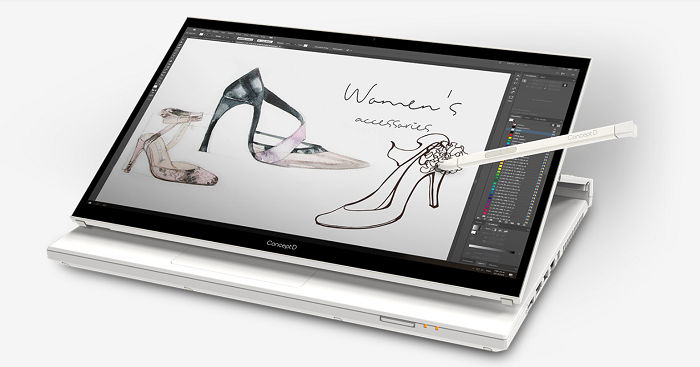 Unlike other latest laptops, the Acer ConceptD 7 Ezel is specifically designed for digital sketching, animation, 3D modelling and other content creation tools. The high-end display and graphic processing unit, coupled with Intel’s latest chipset offers an excellent combination for multimedia lovers. However, with all the swivelling action and top-of-the-line specs, the laptop comes at a luxurious price tag.

The base model of the Acer ConceptD 7 Ezel is marked at $2,499, which translates to  Rs 1.8L approx. It comes with 16GB of RAM, 1TB storage and Geforce RTX 2060 and would be available to order in North America from October. Throwing in an additional 500 bucks would increase the storage from 1TB to 2TB and fetch a better GPU. In comparison with other notebooks that offer a similar use case and specifications, one has to take the higher road with Acer Chromebook Concepts price.