Convertibles or 2-in-1s were all the rage once upon a time. They still are. But with Ultrabooks getting slimmer and more powerful each day, 2-in-1s have become somewhat lost in translation. Don’t mind me, I still fancy a nice convertible every now and then for its versatility, but will I pick one up over a real laptop or even a good Ultrabook, well, that’s debatable.

That’s not to say that people don’t invest in 2-in-1s anymore. They do. Which is probably why legacy brands like Dell are continuing to invest in this ‘unique’ form factor. And not just that, they’re continuing to invest in the backend, trying to innovate, to make this form factor even more useful and relevant – at a time when there’s clearly no shortage of options, including some very compelling ones from Dell itself. 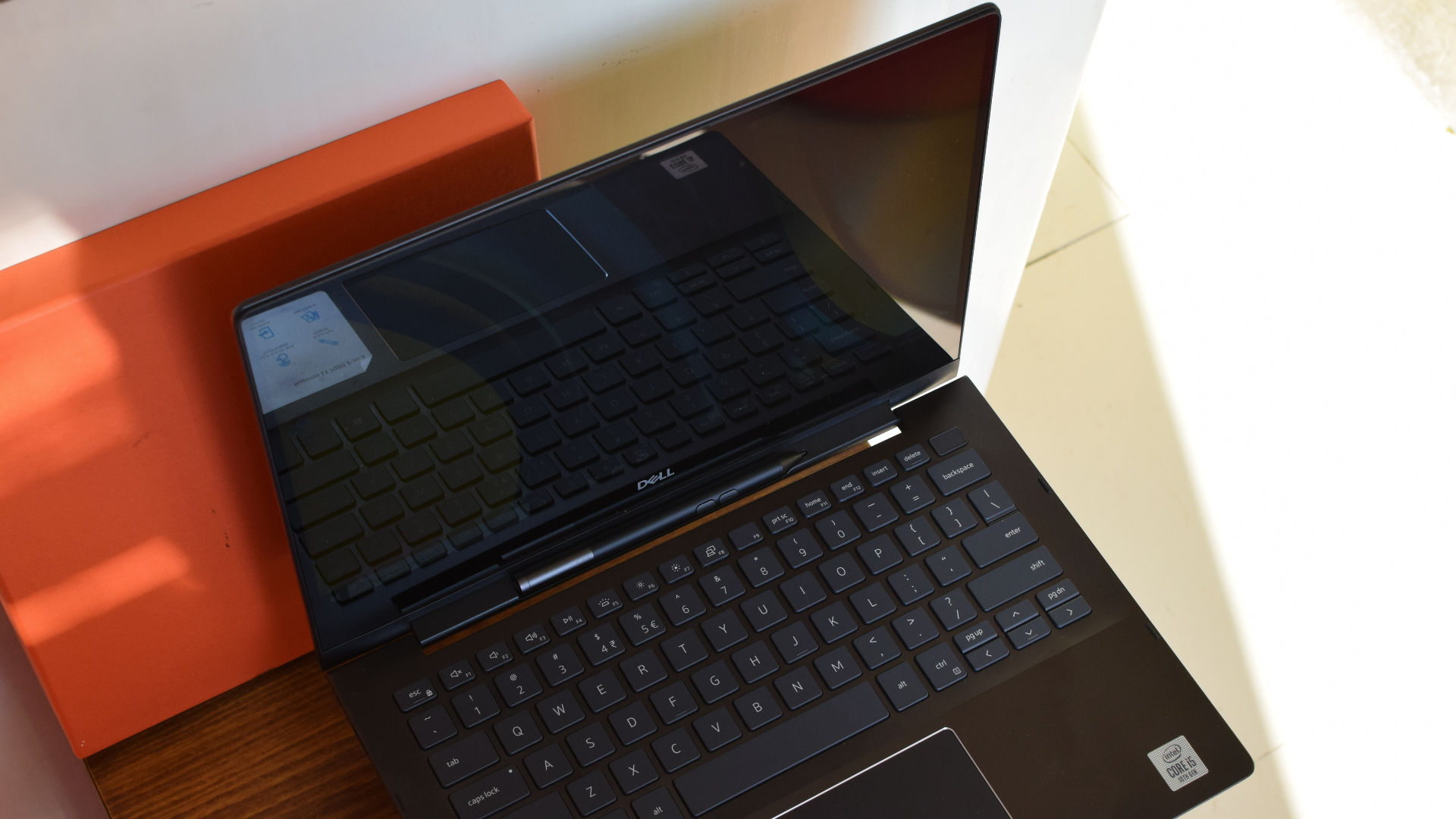 The Dell Inspiron 13 7000-series is a classic example of how even the tiniest of updates, in subsequent generations, can make a big difference while also making a strong case for convertibles going into 2020. The newest entrant in the lineup is the Inspiron 13 7391. This one comes in regular and black versions. The latter’s the higher-end one, and no, it’s got nothing to do with the fact that it comes in all-black. This one also gets stylus support and bundles an ‘active’ pen accessory with its own dedicated ‘garage’ in the hinge for storage.

I have been testing the Dell Inspiron 13 7391 2-in-1 (black) for well over a week now and I have a lot of positive things to say about it. But that’s mostly expected considering this one starts at just over Rs 90,000 – so make no mistake, the Dell Inspiron 13 7391 2-in-1 is as high-end as it gets for a convertible. But does that mean you should go pick one up over an XPS or a MacBook? Well, that’s complicated. 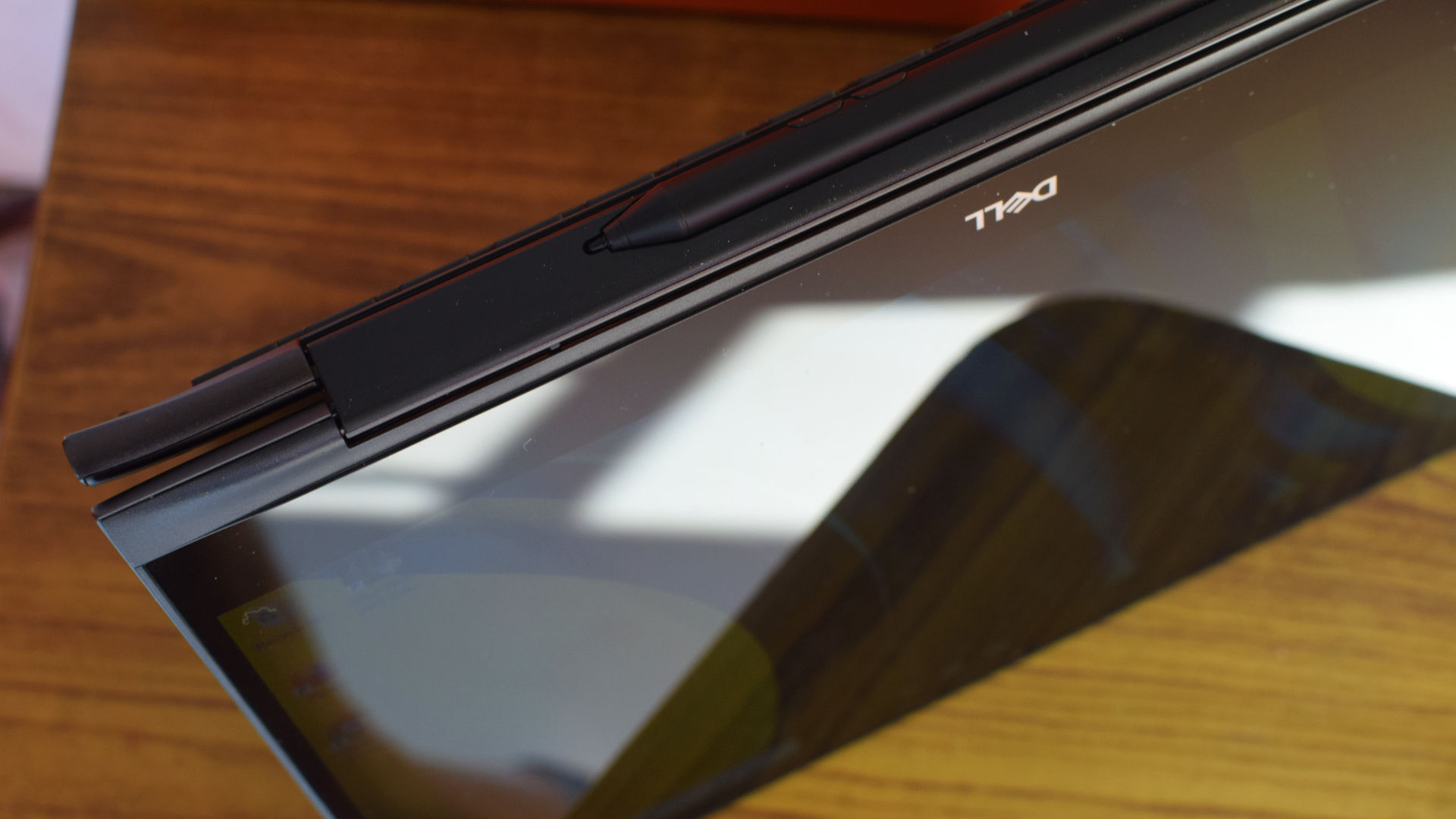 Design is one area where Dell has played safe. Even though the Inspiron 13 7391’s all-black all-metal chassis makes you sit back and notice, because well, it’s beautiful to look at, it still looks a lot like last year’s model. But the overall upgrades, in design, are so incremental you’d be hard pressed to notice a difference.

The biggest ‘noticeable’ design upgrade that Dell has made comes in the hinge – and that’s also not so much about form, but function. That’s a good thing. There’s a hollow cavity in the hinge to make space for a stylus accessory that comes bundled in the box – but only with the black version. The stylus magnetically latches on to this cavity and stays there. It’s one of those things you wouldn’t even notice, but now that you see it, you’ll be like why Dell didn’t think about this earlier. 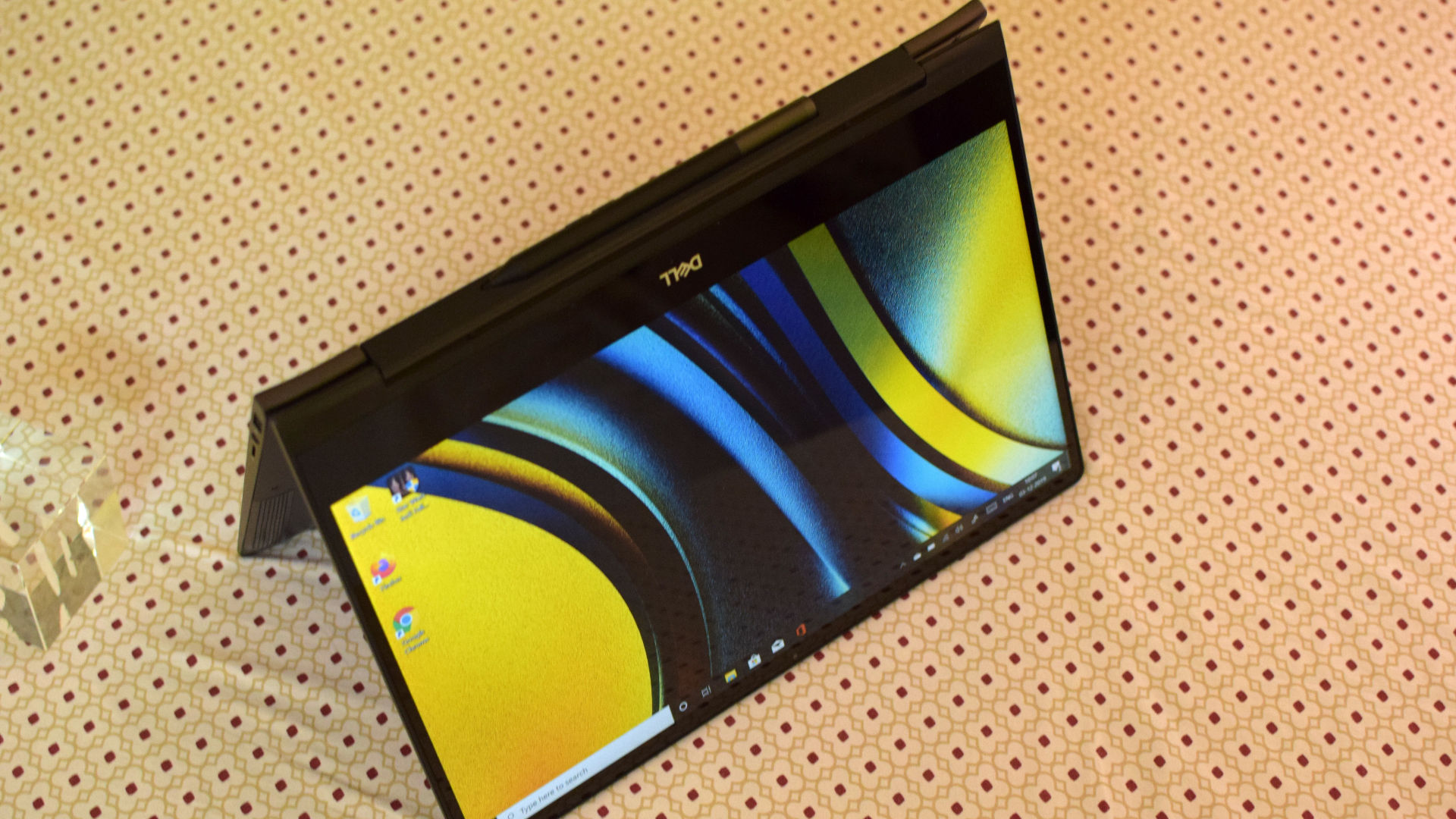 Speaking of which, that hinge still does your usual 360-degree flex, as expected, giving you access to a wide variety of form factors that we’ve come to associate with 2-in-1s. You can use it as a conventional laptop, tent it, stand it, or use it as a tablet. That last one is a little tricky, because the Inspiron 13 7391 isn’t very light weight say to say. Even though the 2-in-1 has respectable dimensions, using it as a tablet with the keyboard firmly attached to it, will take some time getting used to. It’s not impossible though.

I like that no matter which style you choose, the stylus always remains accessible. 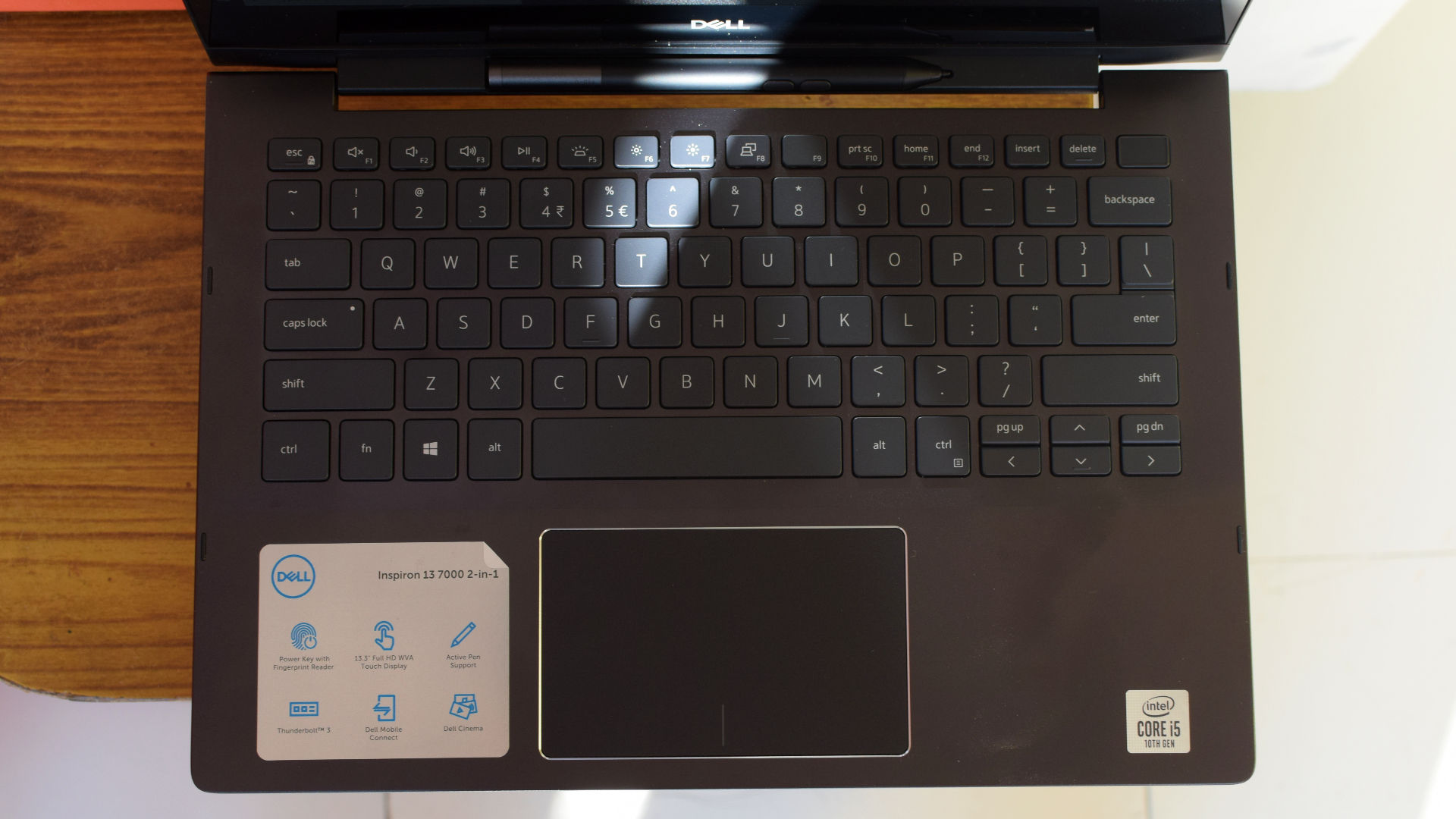 But coming back to using the Inspiron 13 7391 as a tablet, while most of the decisions that Dell has taken here bode well for ease-of-use, there’s one design choice that still feels out of place. The power button stays put on the keyboard like it was in the previous generation. Dell could have re-positioned it on the sides. Agreed that Dell also wanted to keep a fingerprint reader, and that’s nice, but it’s just that there was an opportunity to do something different here.

While we’re on screen, the Dell Inspiron 13 7391 has a 13.3-inch 1080p resolution. It’s virtually the same as the one on the previous generation although Dell claims this one has slimmer bezels. The screen’s aspect ratio is just about adequate to handle both multimedia and productivity tasks with ease, and it can get plenty bright too but it’s still glossy. Just like the last model, Dell has opted for a glossy panel – even though it claims it has put an anti-glare coating on top – that extends on all sides from the main display all the way to the bezels. While I like the uninterrupted design, its glossy nature means it can get very reflective especially in outdoor sunny environment. 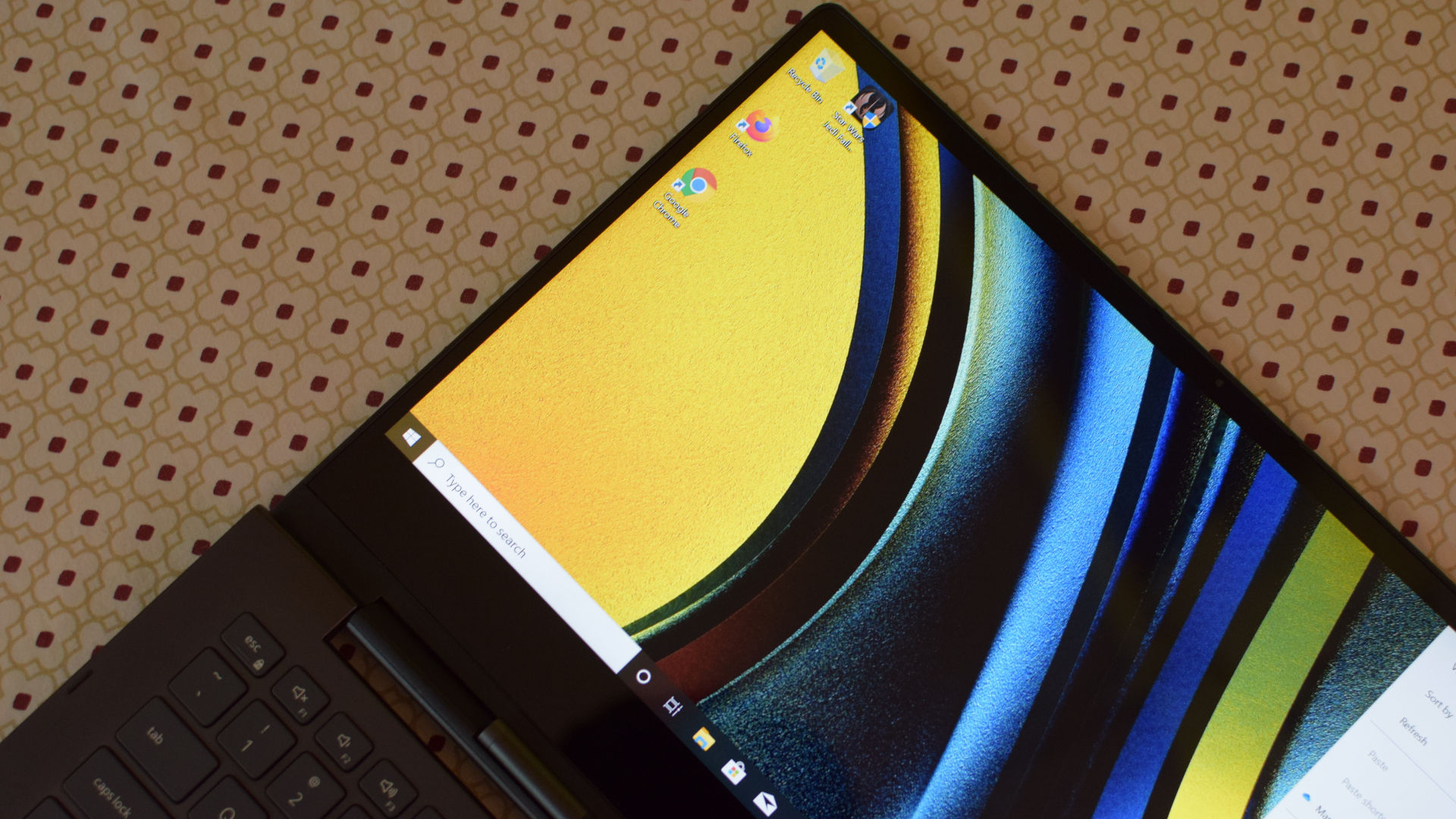 As is the case with all 2-in-1s, the Dell Inspiron 13 7391 is ‘specifically’ geared towards multimedia consumption – not high-end gaming – and light productivity. And it can handle both these aspects very well, if you’re aware of its limitations. I have used the Dell Inspiron 13 7391 as my secondary computer for over a week and it hasn’t left me asking for more, generally, and that’s a good thing. I have done plenty of web browsing, writing and editing Word and Excel files, done some light gaming as well and the 2-in-1 has served me well. 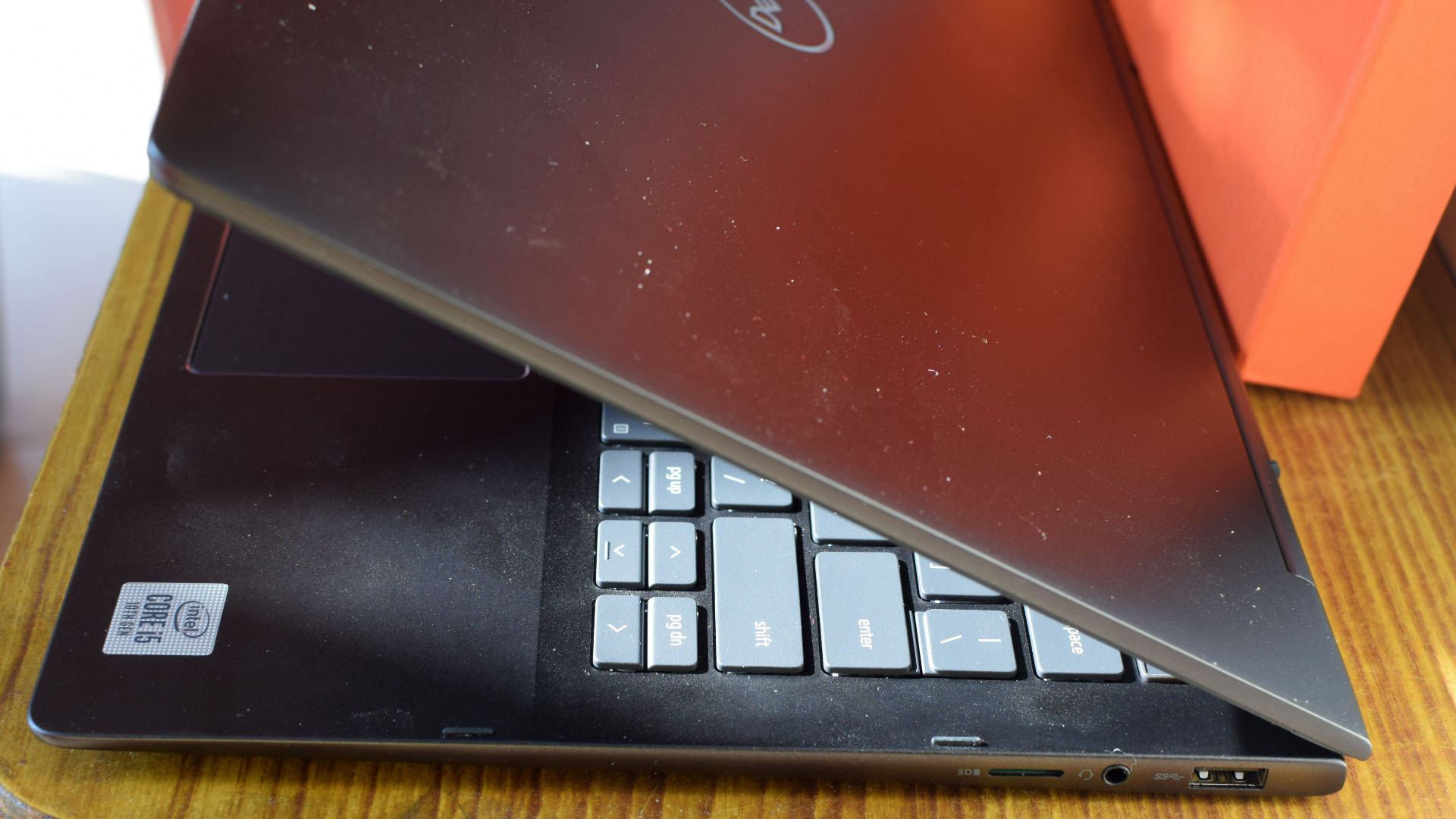 Dell claims the Inspiron 13 7391 comes with ‘adaptive’ thermals and uses AI to detect when it’s being used in the lap or on the desk and accordingly it can switch user experience. This means it can operate normally when in the lap and power up on the desk for 'faster’ performance. My usage has been largely ‘secondary’ which means I haven’t really pushed this thing to the edge most of the time, but in the instances where I have, the Inspiron 13 7391 has maintained its cool.

Battery life has been above average, but I like that the Inspiron 13 7391 supports fast charging. Dell claims up to 35 per cent battery top-up in 20 minutes and up to 80 per cent in an hour. Real world figures are very close to those claims which is nice. 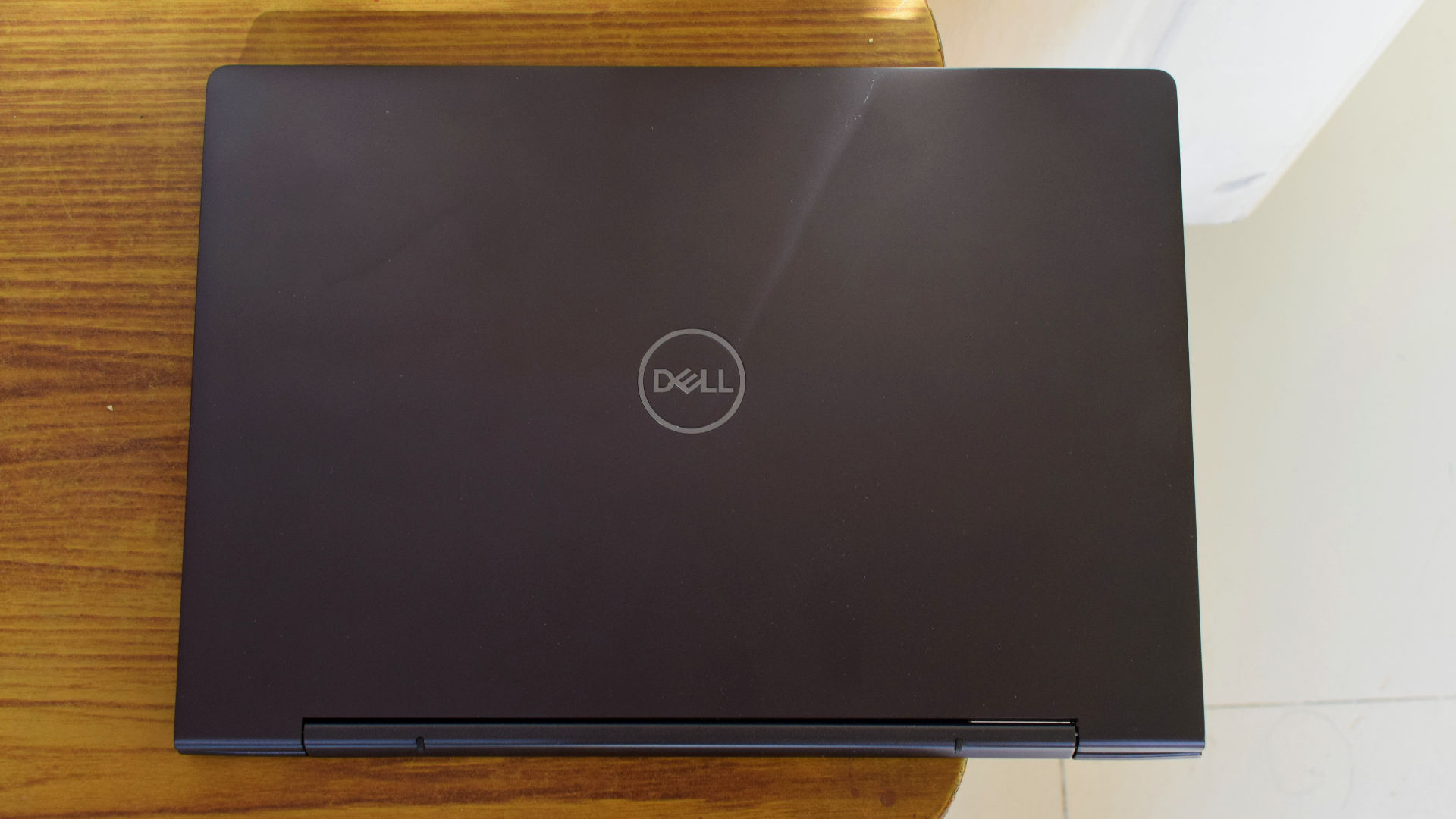 The Inspiron 13 7391 isn’t shy of ports either, especially for a 2-in-1. There’s a full-size HDMI port, a Micro-SD card reader, one USB Type-C port supporting Thunderbolt 3 (and Power Delivery), and USB 3.1 Gen 1 port. There’s also a headphone jack onboard the Inspiron 13 7391.

The keyboard, is again, lifted straight from last year’s model – at least in terms of key spacing and key travel. The keyboard will take some time getting used to. Dell claims the keyboard here is also spill-resistant. 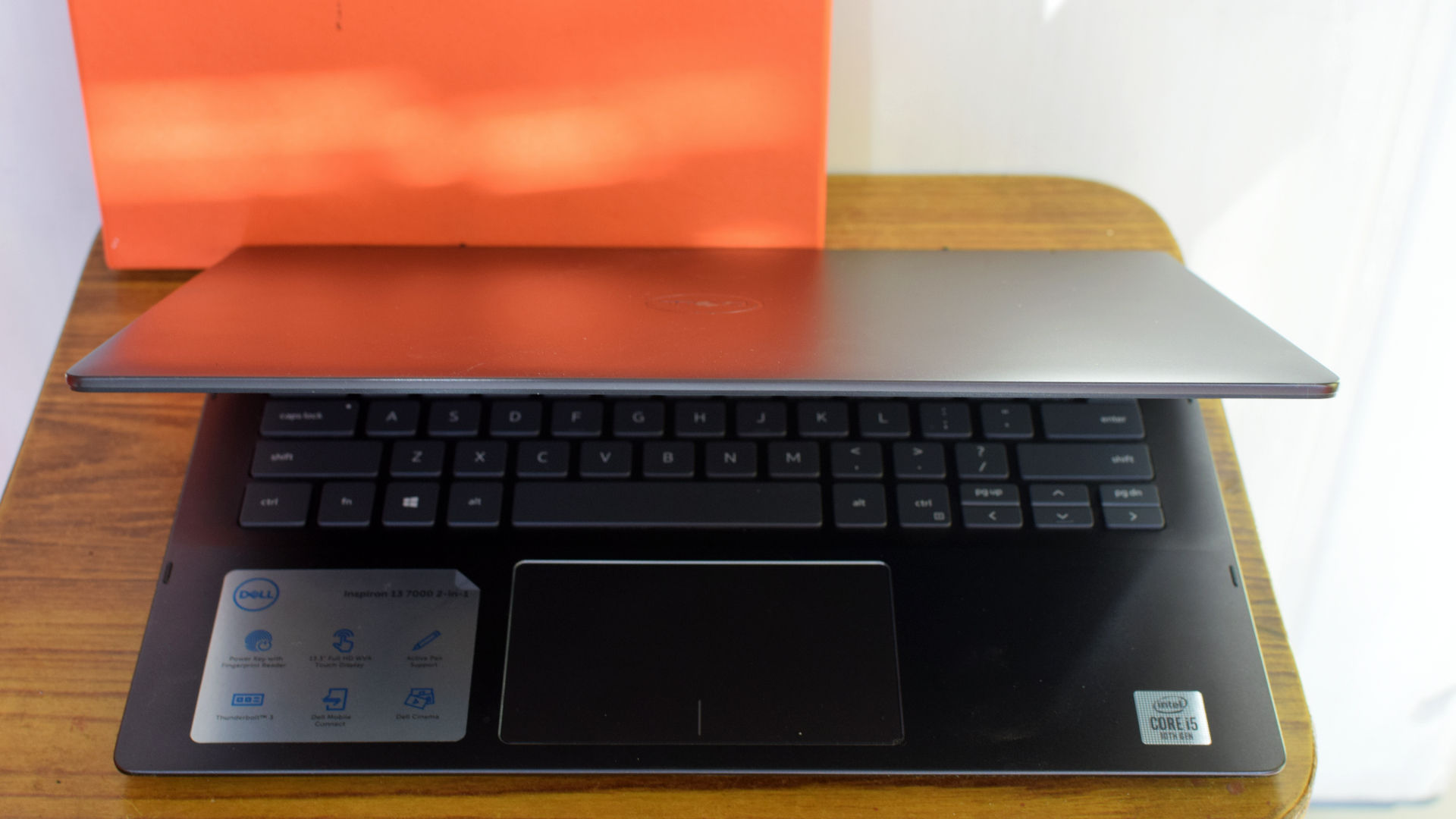 The Dell Inspiron 13 7391 is feature packed surely and it really helps that the 2-in-1 works as advertised – 9 out of 10 times. But it isn’t perfect. Some of the design choices that Dell has taken leave a lot to be desired, the battery life could be better, and that screen could have done with some matte – matte black could have made it so very compelling. But more than anything, it’s the Inspiron 13 7391 high-asking price that sort of makes things complicated.

If you’re looking to get an almost no-compromise 2-in-1 and have 1 lakh rupees to spare, the Inspiron 13 7391 has a lot going for itself. Provided you must have a 2-in-1. If not, a high-end Ultrabook is what you should be looking at.