Exynos Vs Snapdragon Processors - Which One Is The Better Choice You? Find Out

Exynos vs Snapdragon. Which one to choose? This question is in the minds of all Android smartphone users. Read on find out which one is suitable for you. 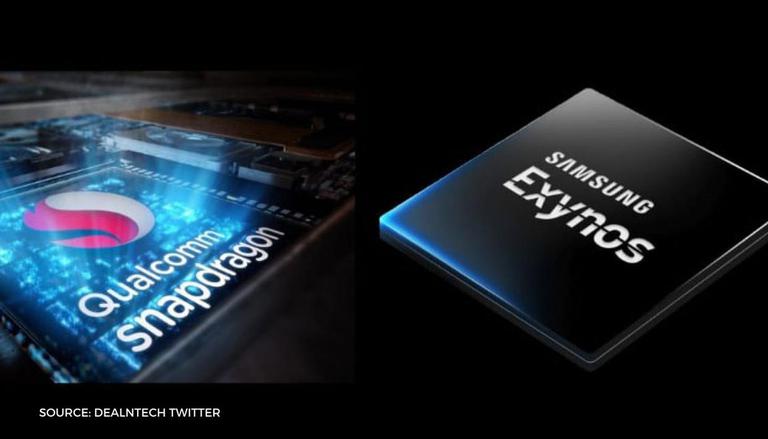 The Samsung Exynos vs Qualcomm Snapdragon is a competition that has been going on for many years now. While it could be argued that public perception favours Qualcomm Snapdragon chips, it cannot be denied that Samsung has made a lot of innovation when it comes to its own Exynos chipsets. Let's take a detailed look into what each one of them is good for, and which one is more suitable for your use.

Coming to the main differences, Exynos chips are usually Octa-core whereas Snapdragon chips are Quad-Core chips. While Exynos processors have more chips, Snapdragon chips can be overclocked and achieve much higher processing speeds than the Exynos ones. So, overall the processing power is balanced out between the two processors. The Exynos SoCs come equipped with Mali GPU, whereas the Snapdragon SoCs utilise the much faster Adreno GPUs in comparison. GPUs are helpful in processing graphics so, in terms of gaming, Snapdragon is the clear winner.

READ | Dimensity 800U vs Snapdragon 765G: Which chipset processor is better?

When it comes to RAM speeds, the Exynos is much faster because it has a smaller semiconductor that can handle a lot of memory at faster speeds. On the other hand, Snapdragon has integrated LTE support and they were the first ones to introduce 5G integrated modems in their SoCs. Plus, image processing on the Snapdragon is miles better than on Exynos due to the superior Adreno GPU that Snapdragon SoCs use.

The Exynos is better for everyday use and faster app loading time. For someone who uses their smartphone for only calling, browsing or generally using light apps like Instagram, Facebook, the Exynos is the better choice. For people who are into gaming and photography or use intensive apps, they should gravitate towards using devices with the Snapdragon SoCs. Stay tuned for more tech-related news.

READ | Samsung Exynos 9611 vs Qualcomm Snapdragon 730g - Which is the right one for you?

READ | Snapdragon 780G announced by Qualcomm; Chipset borrows heavily from the flagship 888 SoC
SUBSCRIBE TO US