The upcoming GoPro Hero 10 will come with a new GP2 chipset, which will bring a significant improvement in the image processing capabilities of the device. 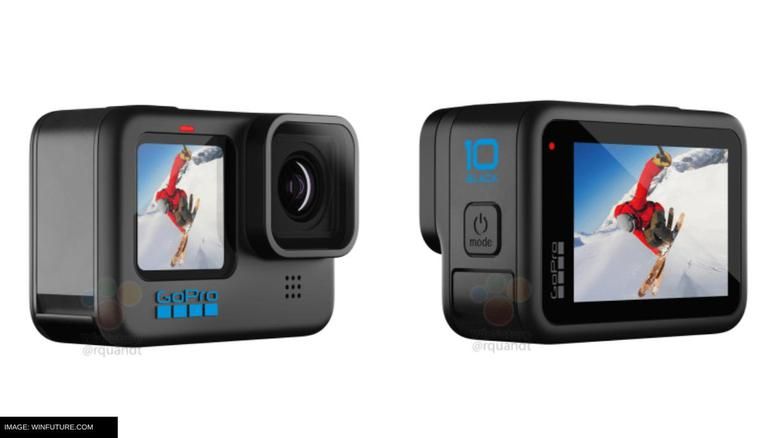 
Last year, the GoPro Hero 9 had released in the month of October and was priced Rs. 49,999 at the time of its launch. Considering that it is that same time this year, GoPro is ramping up to launch the Hero 10 Black soon. While the upcoming action camera from GoPro would not get a major redesign, it will be packed with features. Keep reading to know more about GoPro Hero 10 Black leaks.

According to a report published by WinFuture, the upcoming GoPro Hero 10 will come with a new GP2 chipset, which will bring a significant improvement in the image processing capabilities of the device. The new GoPro might even be able to support 5.3K video recording up to 60 frames per second,4K video recording up to 120 frames per second and 2.7K recording at 240 frames pers second. The sensor on the action camera is most likely to be upgraded as well, and will offer a resolution of 23MP, instead of 20MP on the GpPro Hero 9 Black.

The upcoming action camera from GoPro will offer Gimbal-like stabilziation

The GoPro Hero 10 Black could possibly come with HyperSmooth 4.0, which will offer a gimbal-like stabilisation to the footage. While the Hero 9 already supports 1080p live streaming from the unit, the GoPro 10 is said to come with automatic upload feature, which will upload new videos to a destination. The camera comes with 10 metres of water resistance, support for RAW photos, TimeWarp 3.0 feature, HRD, SuperPhoto and many more features. However, the pricing and availability of the Hero 10 are not revealed at the moment.

As far as the looks of the device are concerned, the GoPro Hero 10 Black will retain the same size as that of the GoPro Hero 9, and have the same front display as well. The report also contains some leaked images, and it looks like the colour scheme has changed slightly, the GoPro logo being coloured in the brand's blue colour. A glimpse of the packaging has also been revealed in the report by WinFuture.