It is months to the launch of the Samsung Galaxy Tab S8 series, and the first renders of the tablet have surfaced online, suggesting a notch on display. 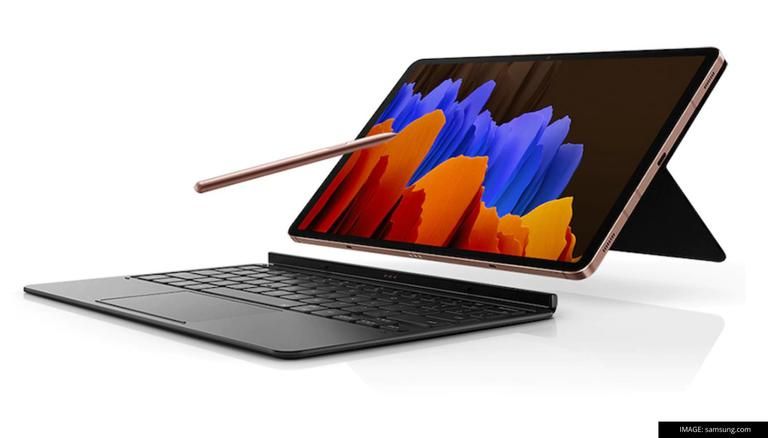 
Samsung accounts for a significant share in the global Android tablets market. While the recent Galaxy Tab S7 series has been a major success, the South Korean tech giant is expected to launch a new tablet next year. The Samsung Galaxy Tab S8 Series is expected to come with three tablets: the vanilla Tab S8, Tab S8 Plus and Tab S8 Ultra with differences in screen size, specifications and price.

It is months to the launch of the Galaxy Tab S8 series and a leaker who goes by the name OnLeaks on Twitter seems to have allegedly leaked the renders of the upcoming Android tablet's Ultra model. From the renders, it looks like Samsung Galaxy S8 Ultra has antenna lines on the back panel and a dual camera in its usual place. The magnetic strip to place and charge the S Pen is also present. This time around, Samsung appears to have placed its branding in the bottom left corner of the back panel (when held upright), under the magnetic strip.

Other details that can be observed in the renders include the power button and volume rockers that are located on the right edge of the tablet. Then there is a USB-C port that is located at the bottom edge of the tablet. Additionally, there are a total of four speaker grills in the renders, which might mean that Samsung plans to launch the top model of the series with a quad-speaker system. Further, the model might feature a 12,000 mAh battery with 45W fast charging support.

The most surprising detail of all is the notch located on the right-centre of the screen (when held upright). The alleged Samsung Galaxy Tab S8 ultra renders feature a notch that is supposed to house the front camera of the device. The device is expected to come with a 14.6" OLED panel with 2960 x 1848 pixels, clicked at 120Hz. Additionally, the tablet is expected to be powered with Qualcomm Snapdragon 898 processor and might come in two variants: 8/128GB and 12/512GB. Most recently, a similar implementation was seen in Apple's new MacBook Pro devices, which come with a notch on the top of the display to house the front camera.