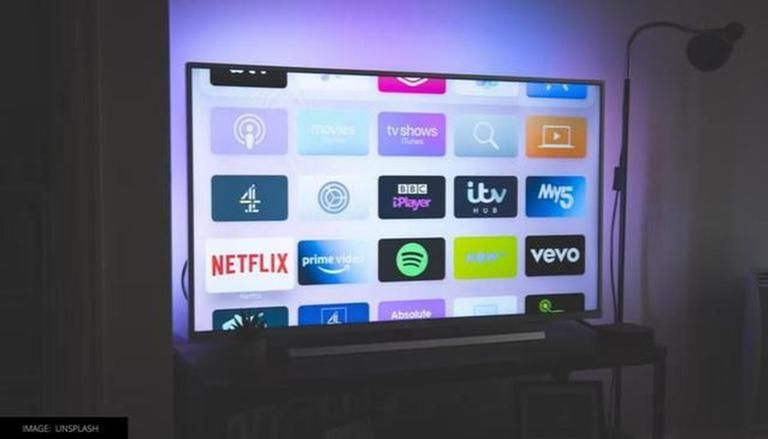 
On January 2, 2022, Samsung has revealed its upcoming lineup of smart televisions. The next generation of smart televisions from Samsung will come with features like Nvidia GeForce Now, Google Stadia. Among other features, an NFT Aggregation Platform has also been introduced, which is the first of its kind on a smart television. All the features will be available across a variety of smart TV models including The Frame, Neo QLED and Micro LED. Keep reading to know more about the features coming to Samsung smart TVs in 2022.

Along with Nvidia GeForce Now and Google Stadia, Samsung smart TV owners will be able to play high-end video games directly from the cloud, without the need for gaming consoles such as Xbox Series X and PlayStation 5. Samsung will also include a new service called Samsung Gaming Hub on selected models released in 2022. Using the new service, users might be able to play games on their televisions with PlayStation or Xbox controllers. More details about the TVs and features will be revealed during CES 2022.

The NFT Aggregation Platform on Samsung's upcoming smart TVs will include a TV screen-based NFT explorer and a marketplace aggregator. Along with the new feature, Samsung smart TVs will be able to browse, purchase and display a user's favourite art. The feature not only enables Samsung's smart TVs to preview NFTs or non-fungible tokens, but it would also showcase details such as who created the NFT. To facilitate the accurate appearance of an NFT, Samsung has also developed smart calibration technology that will adjust the settings of the display to suit the NFT's preset.

Along with the NFT Aggregation and Google Stadia support, Samsung smart TVs in 2022 will come with an RF harvesting Eco Remote. Essentially, the remote will stay charged from the router radio waves. Additionally, the remote can also be charged using indoor and outdoor lights, including support for USB-C charging. Along with the switch in charging technology, Samsung envisions to save using over 99 million AAA batteries over the next seven years. As mentioned earlier, more details on the device will be revealed during CES 2022.

READ | HDMI 2.1 with SBTM functionality to be unveiled at CES 2022; All you need to know
READ | CES 2022: How to watch and what to expect from the technology exhibition?
Tags: Samsung, Nvidia GeForce Now, Google Stadia
First Published: 3rd January, 2022 15:36 IST