Tesla's new addition to its electric vehicles is to start at a whopping $39,9000 (about Rs 29 lakh). However, it won't be hitting the roads until next to next year, probably late 2021. Any way, preorders can be placed on Tesla's website. Go check out tesla.com/cybertruck.

"Cybertruck is designed to have the utility of a truck and the performance of a sports car. The vehicle is built to be durable, versatile and capable, with exceptional performance both on-road and off-road," the company says. 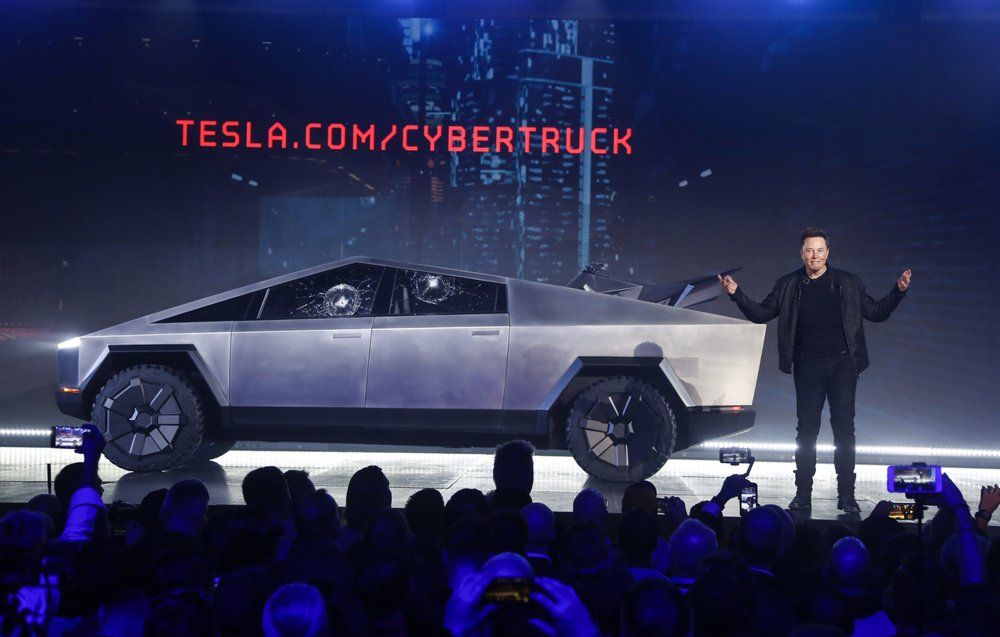 With the launch, Tesla is edging into the most profitable corner of the U.S. auto market, where buyers tend to have fierce brand loyalty.

Many pickup truck buyers stick with the same brand for life, choosing a truck based on what their mom or dad drove or what they decided was the toughest model, said Erik Gordon, a professor at the University of Michigan Ross School of Business.

“They’re very much creatures of habit,” Gordon said. Getting a loyal Ford F-150 buyer to consider switching to another brand such as a Chevy Silverado, “it’s like asking him to leave his family,” he said.

Musk unveiled in the truck in a punk-show styled reveal event, showing off the truck’s stainless steel body and super-strong “armour glass” windows. A sledgehammer did not make a dent in the car’s doors.

But the event went slightly awry while testing the window’s strength. Metal balls hurled at the car cracked two windows — though the glass did not completely shatter into pieces.

“Well, maybe that was a little too hard,” Musk joked of the throw.