The Asus ROG Phone II will sell at a price of Rs 37,999 for the 8GB/128GB variant – making it the most affordable high-end flagship phone that you can in India.

The Asus ROG Phone II is officially a go in India. Days after launching the flipping genius 6Z, Asus has launched its most powerful and feature packed phone, the ROG Phone II in India. And much like the 6Z, Asus has managed to spring a surprise once again, vis a vis pricing. The ROG Phone II will sell at a starting price of Rs 37,999 for the base variant with 8GB RAM and 128GB storage – making it the most affordable high-end flagship phone that you can get in India today.

Asus’ second-generation ROG Phone may look exactly like the original (with a few differences that will be hard to point out in case you’ve crossed paths with the first-generation model), but make no mistake, this is the most ridiculous piece of hardware coming from the Taiwanese major - there’s no other high-end gaming phone quite like it. The Asus ROG Phone 2 is a gaming monster with a 120Hz AMOLED display, a Qualcomm Snapdragon 855+ processor paired with up to 12GB RAM and up to 512GB storage, and a 6,000mAh battery. Plus, there’s a whole host of accessories that Asus is announcing alongside, make this thing a full-on ecosystem of its own.

The ROG Phone II comes with a 6.59-inch AMOLED 1080p+ display with a 120Hz refresh rate and 1ms response time – the screen also supports 10-bit HDR and is protected by Corning Gorilla Glass 6. Asus says it has made under the hood changes to Android to achieve a touch sensor sampling rate of 240Hz making the ROG Phone 2 smoother than the latest and greatest iPhones.

Asus is also updating its AirTriggers feature so they will be able to identify a casual tap and an actual press. The AirTriggers 2, as Asus is calling them, have a response time of 20ms which is three times faster than on the ROG Phone 1 Also, you can now squeeze Asus’ phone for added functionality, like it is in the HTC U11 and the Google Pixel 2. 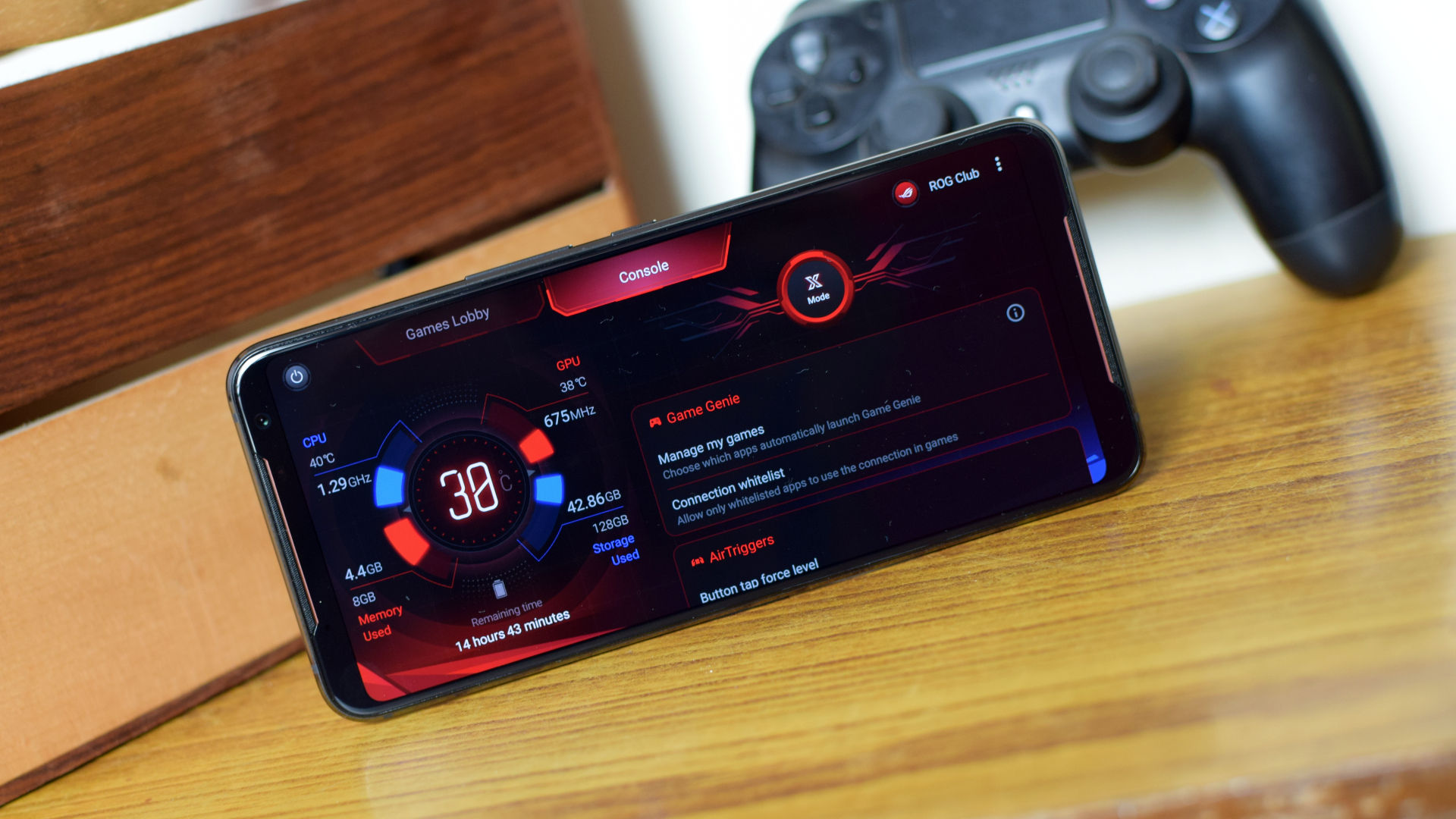 The ROG Phone II is powered by Qualcomm’s new Snapdragon 855+ processor – which is an enhanced Snapdragon 855 designed for gaming with 15 per cent faster GPU performance. This is paired with up to 12GB RAM and up to 512GB storage (non-expandable). You can choose to use either stock Android-based Zen UI 6 or a gamer-centric ROG UI software on it – with ROG’s hallmark Armoury Crate which allows for per game customizations. 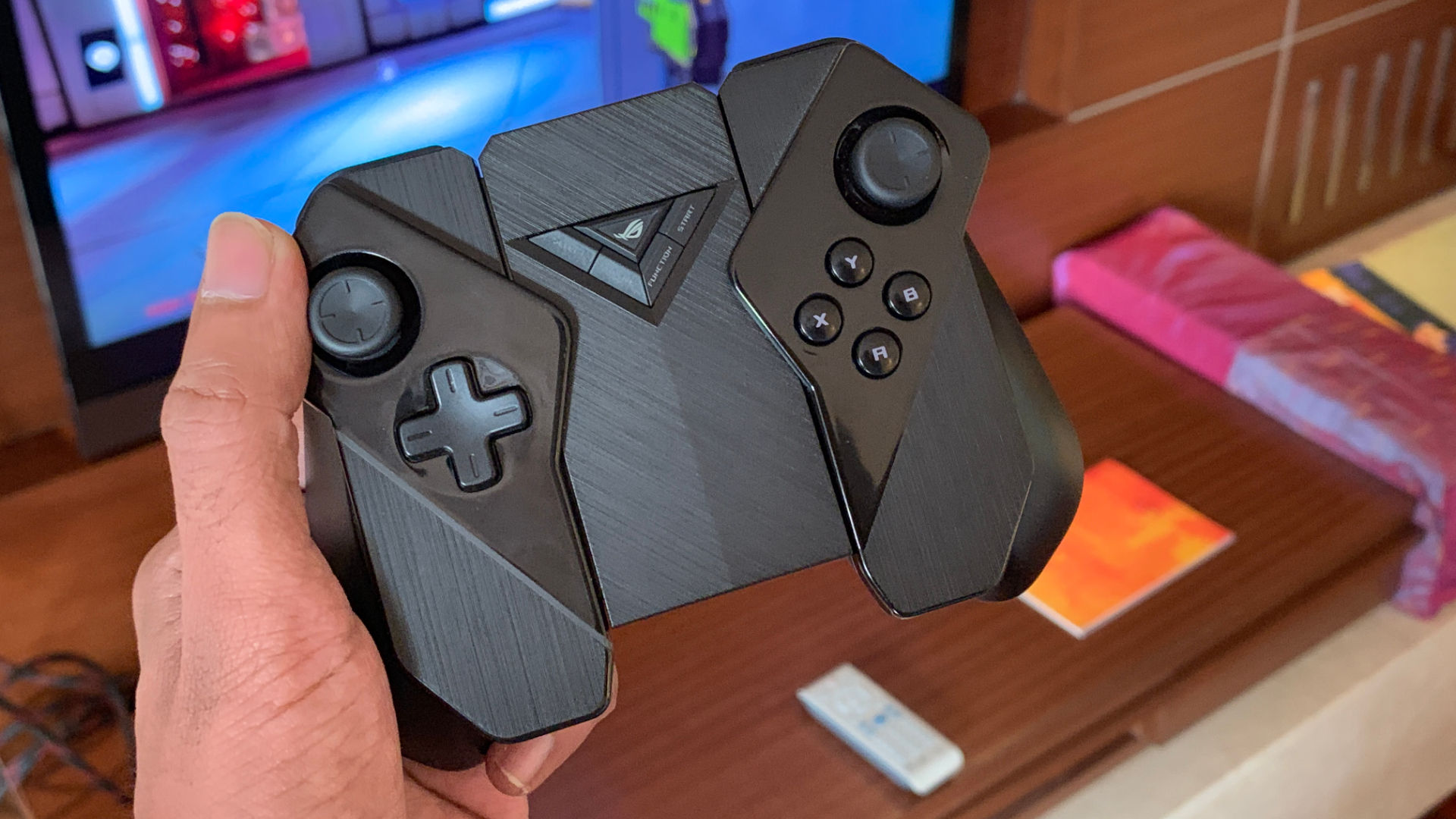 Also Read:  The Asus ROG Phone 2 Is A Gaming Monster With A 120Hz AMOLED Display, Qualcomm Snapdragon 855+ And 6,000mAh Battery