The idea of a foldable may seem ludicrous at first but once you’ve had a taste of it, there’s no turning back – it's like the kind of stuff you’ve always wanted even though you may not necessarily need it

The race to build the perfect all-screen phone is on, but a large part of this race has been seemingly centered around notch city so far. Brands have only been simulating different circuits around a familiar backdrop - iPhone X-style, waterdrop-style, punch hole-style so on and so forth. But we all know that that’s not the end – a means to an end possibly, but in no universe can a notch be the final solution. 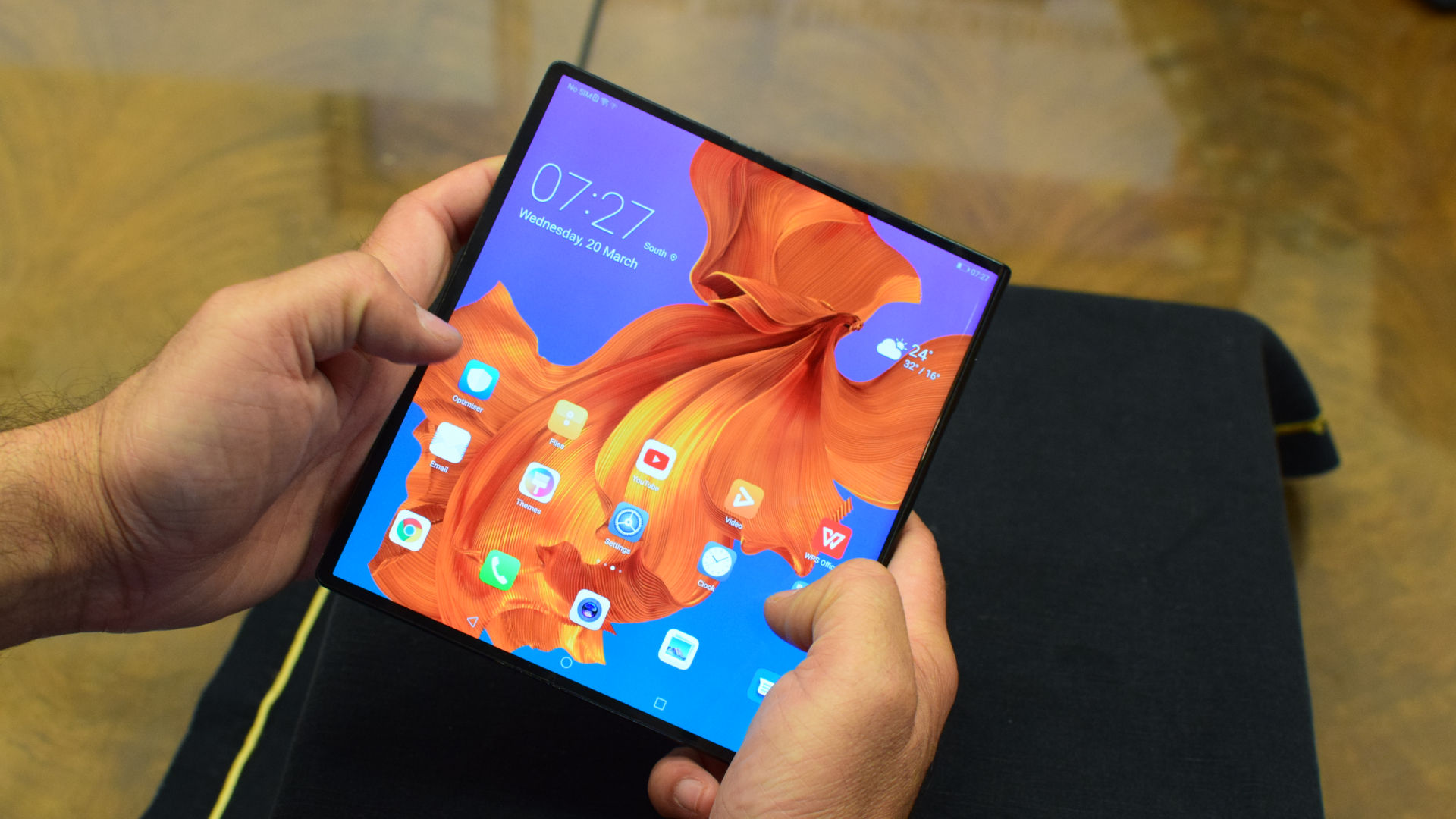 You got two options to choose from – one from Samsung (Galaxy Fold) and another from Huawei (Mate X). Both well-known and well-established brands, so you know you don’t need to pinch yourself in order to believe it. It’s happening alright. The foldable phones have arrived.

The subject of this hands-on is Huawei’s Mate X – Huawei is probably best placed when it comes to launching the Mate X in India right now even though it says the launch will happen in the second half of 2019 (an exact launch window is still under the wraps). But that’s alright, the Mate X’s global launch is also pegged sometime in the middle of this year. I am saying this because a) Huawei has confirmed the launch and b) it is already showing off the Mate X to select media. 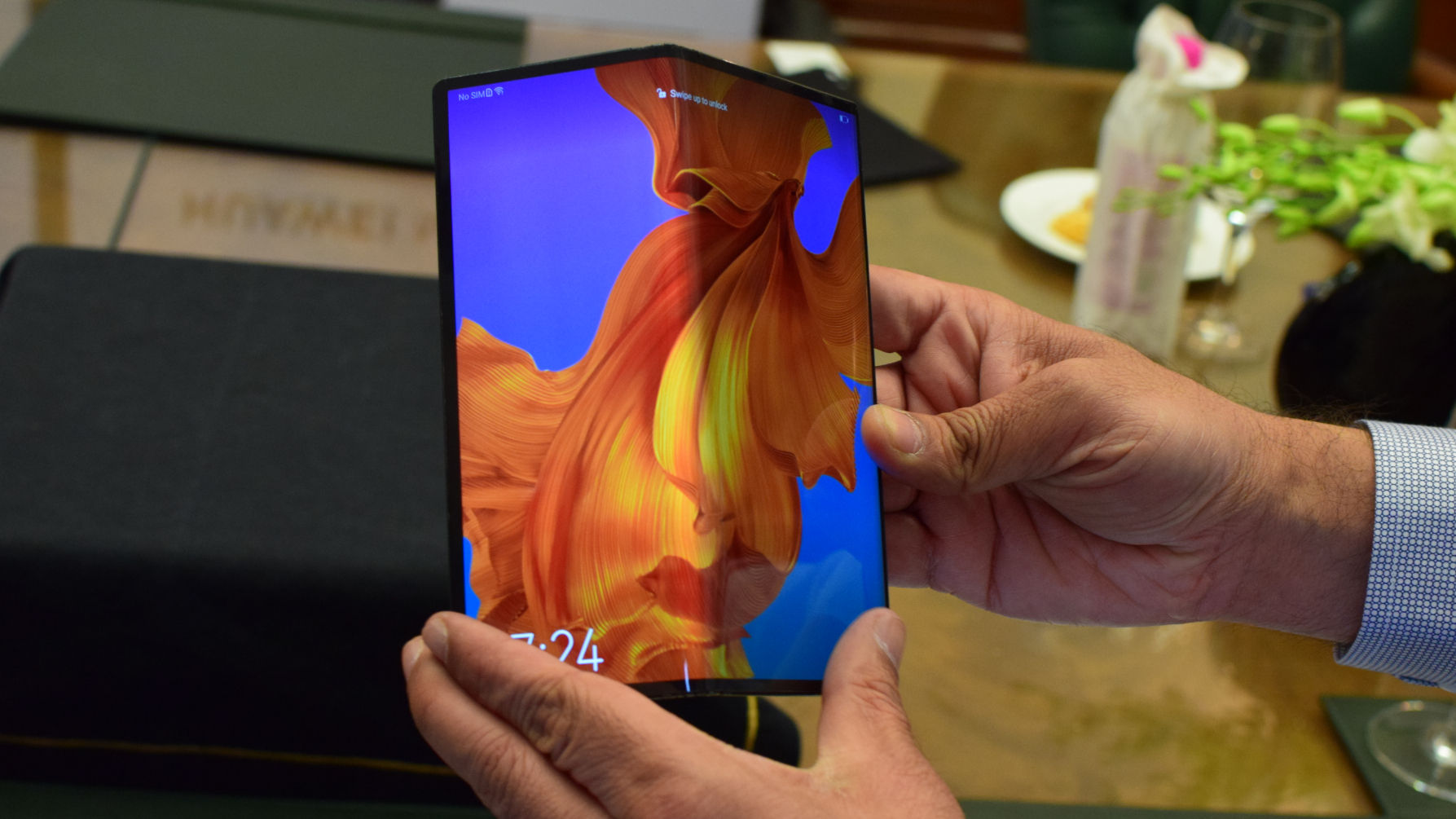 “India is an important market for us and we have been consistently investing and expanding our footprint in the market. We are focused on delivering the user experiences that defines the future of smartphone in the smart era,” Wally Yang, senior product marketing director, Huawei Consumer Business Group said in a statement, confirming the “Mate X will make its India debut this year.”

Note: The Samsung Galaxy Fold will be available for buying in select markets from April 26 and even though CEO DJ Koh has gone on record to say that, "the Indian market is the most important market - not only investment and everything, my long-term commitment is towards the market. In this market, why will I not deliver my newest technology innovation? Yes, I will do,” there’s no tentative time line just yet. 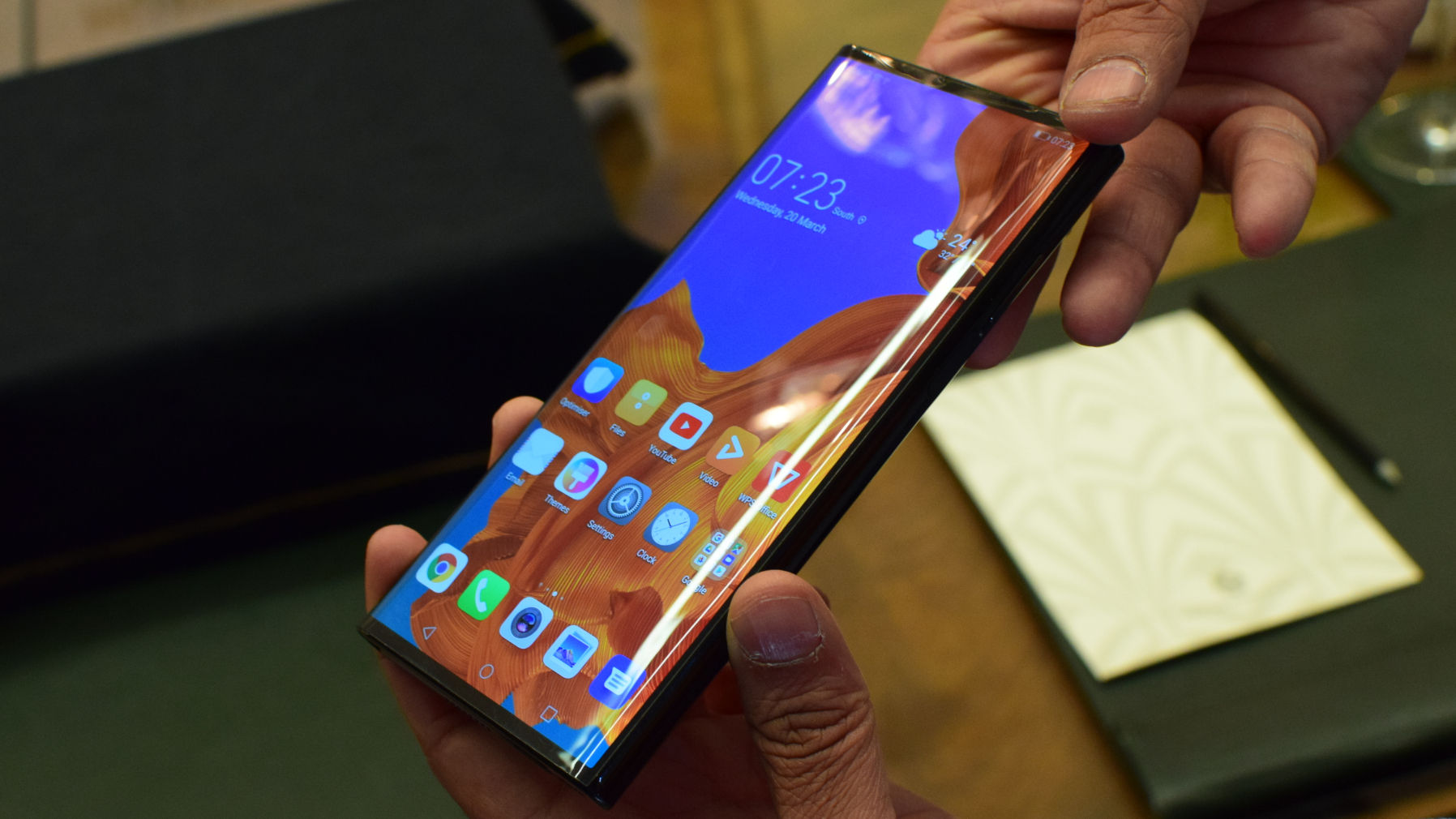 In the meanwhile, I have managed to spend some time with the Mate X and even though Huawei did not actively encourage the media to fold its new foldable, at least I got the touch and feel of it – for real. I held it in my hands, I turned (and even folded) it around, I tried out the software – some light web browsing, some YouTube and basic navigation through the UI.

And I have just one word to say about it – the Mate X is surreal. 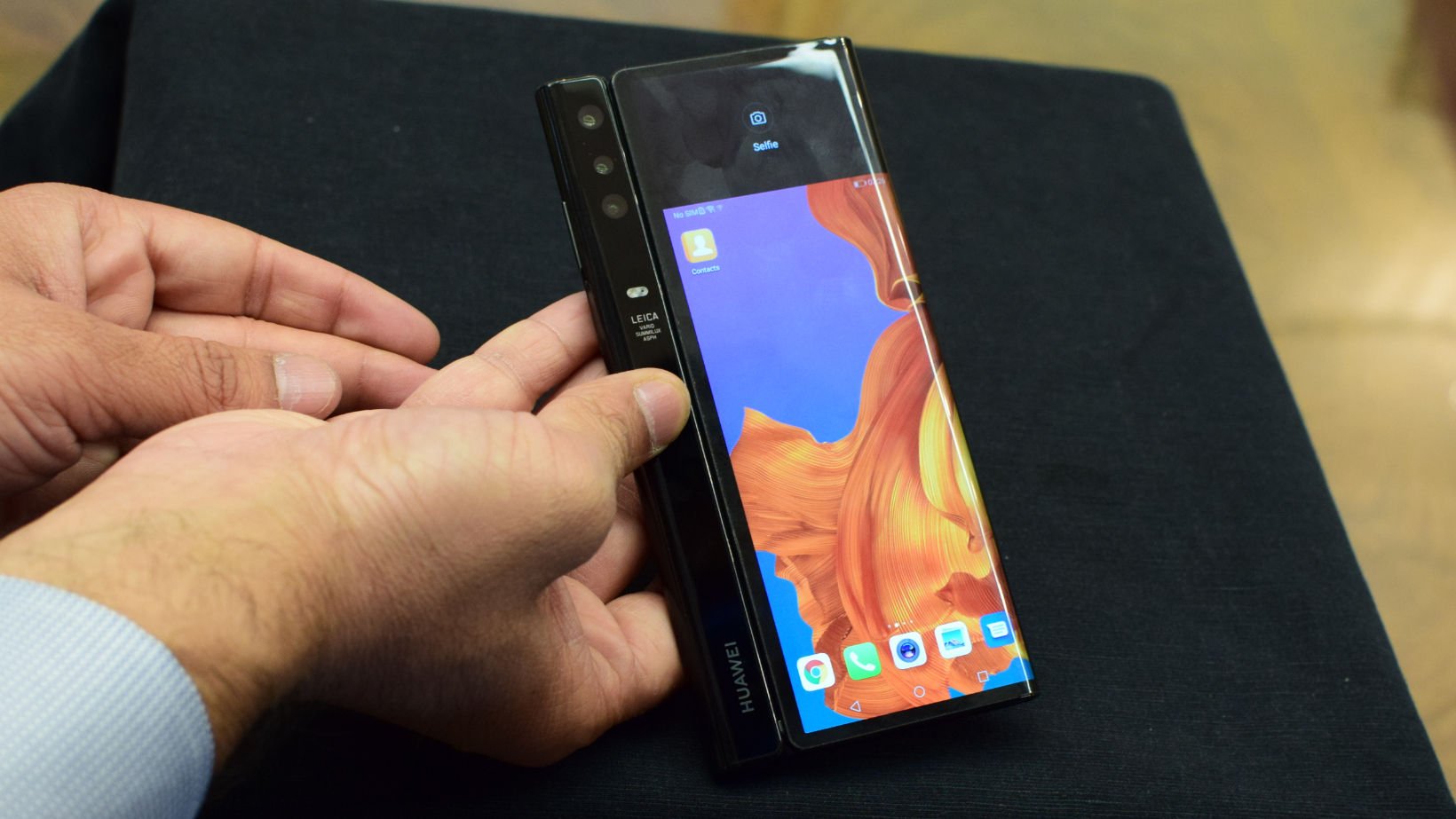 The idea of a foldable may seem ludicrous at first but once you’ve had a taste of it, there’s no turning back – it's like the kind of stuff you’ve always wanted even though you may not necessarily need it. Even though the Mate X, or for that matter any other foldable, is a niche product at this point of time – Huawei says it’s specifically meant for the early adopters - you might (want to) get used to it at some point of time. Soon enough. For the sheer reason that, the tech is straight out of the future. Products like the Mate X will turn many heads, and they’ll serve many purposes.

One of their primary use cases is of course all that screen real estate. 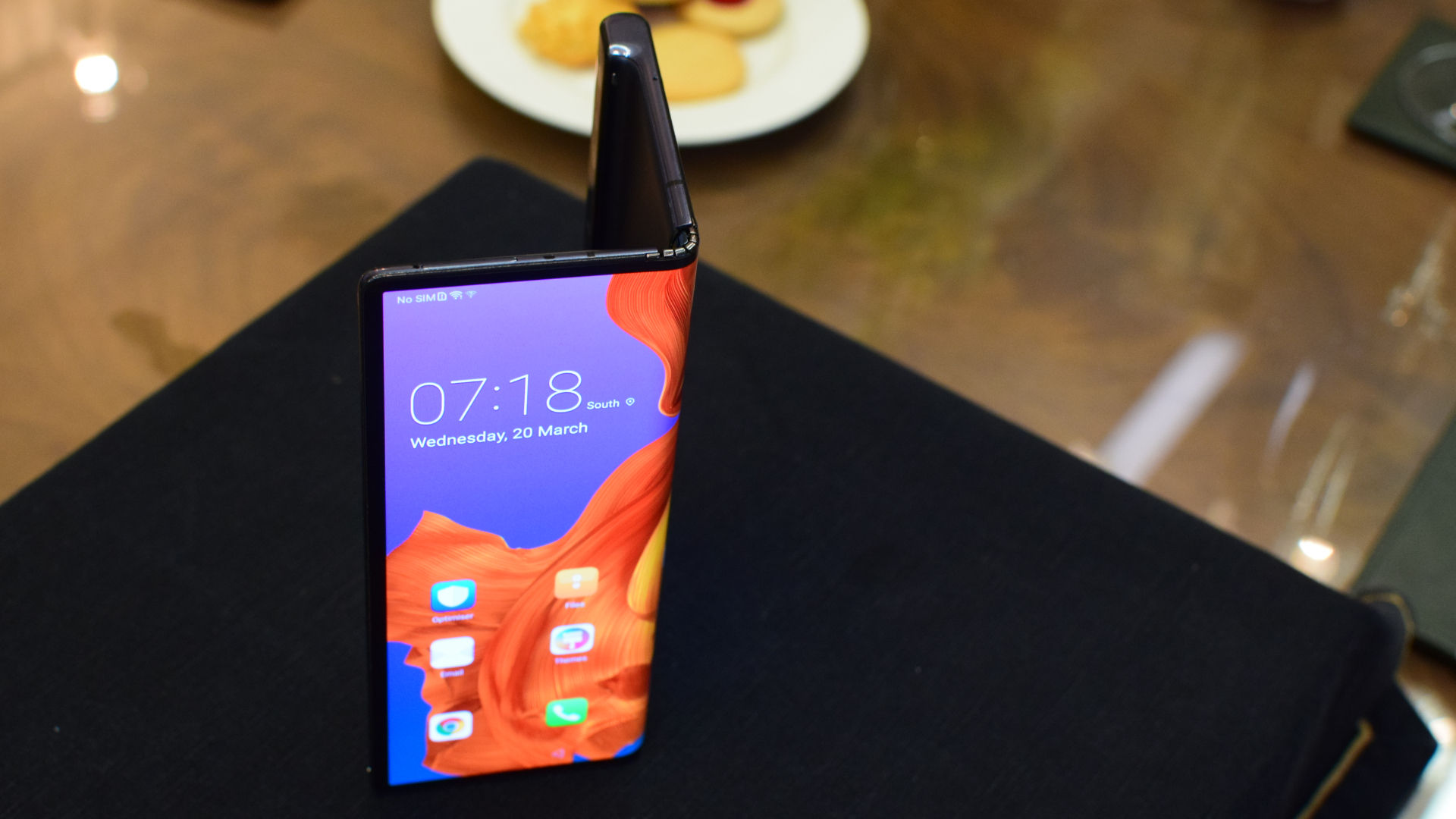 The Mate X give users access to three screen sizes – two independent smartphone-like screens with 6.6-inch and 6.38-inch sizes respectively, and an 8-inch tablet form factor without any notch. The display is just one though – that folds outwards. Huawei says it did consider a Samsung Galaxy Fold-like inwards folding design, but the outwards folding design simply made more sense.

Huawei calls it a falcon wing design – a design it apparently took three years to perfect, using a patented hinge with over 100 custom components. The solution allows Huawei to keep the Mate X’s physical dimensions in check, and allows it to incorporate a truly back to back fold with no gaps in the middle. 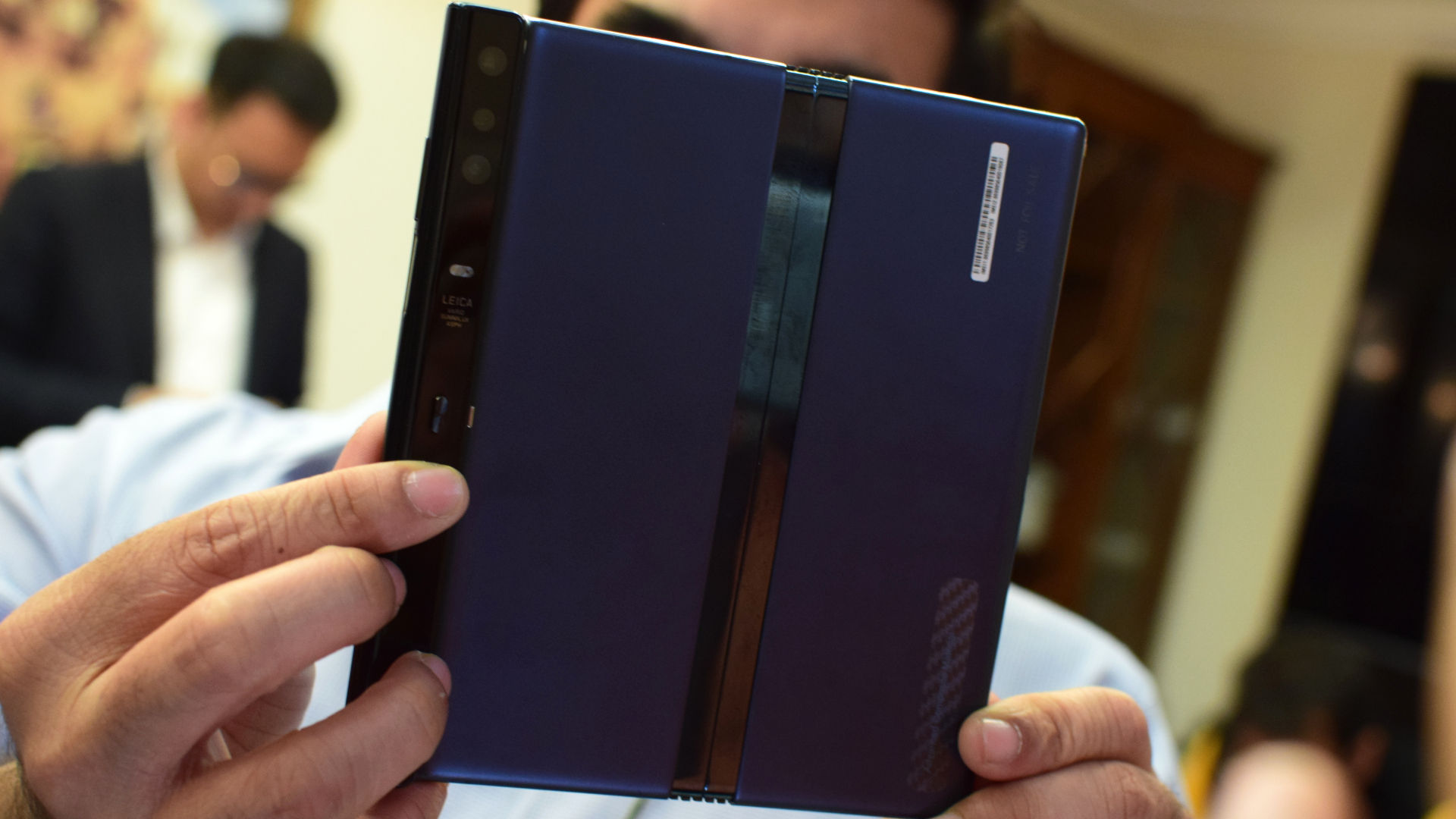 It still feels substantial in the hands – in fact, it feels like a Kindle that could use a gym when fully opened. But it surely doesn’t feel overwhelming. 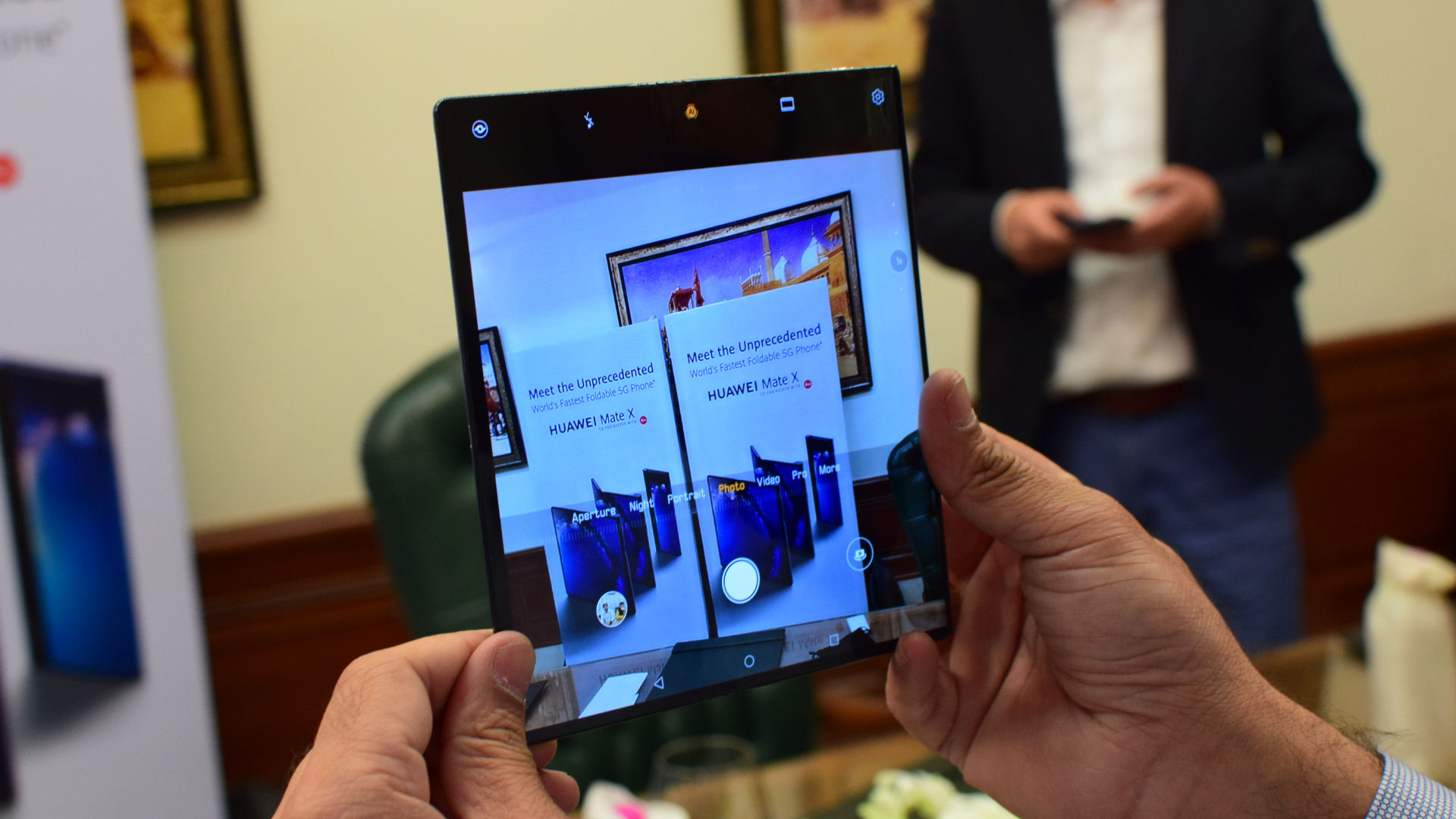 I like that Huawei has tried to place all the essentials together, so they’re easier to find on a device that could take some time getting used to. The power button doubles as a fingerprint scanner and the whole thing pops out (or unfolds) through an eject button on the rear. Every inch of the Mate X feels well thought-out and not like some laboratory experiment gone wrong – which is commendable for a first-generation product.

But there’ll always be that thing about getting the scratches – since you know, it’s all display. Huawei isn’t giving out a number for the longevity of its flexible OLED display (which is mostly plastic) but it says it will bundle a special “full protection” case along with the Mate X in the box. 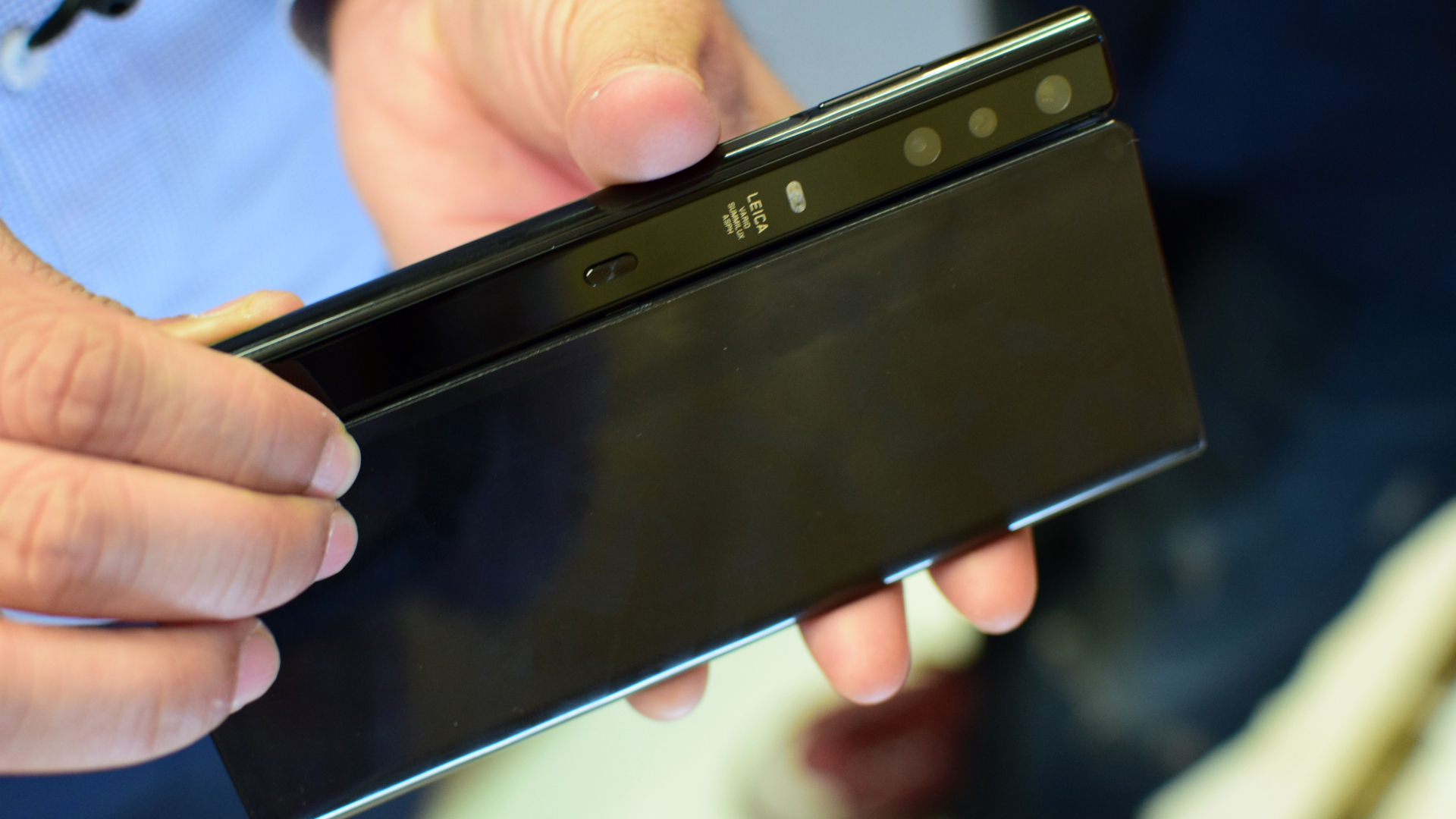 There’s also that thing about different screens and different aspect ratios – and the fact that Android isn’t particularly a dream on tablets. Huawei says it has worked extensively on the software side so users will be able to seamlessly transition between smartphone and tablet mode on the Mate X – Huawei is particularly touting “two columns browsing, side by side or multi-window use for so you can double down on work or entertainment.” In my brief usage, I was left pleasantly surprised by how smooth the transitions worked out on the Mate X (everything was fast and responsive without any hint of lag or wonky behavior during my folding and unfolding sessions). Huawei was quick to note that a broader support for foldables is coming in Android Q – which should enhance user experience further.

You’d think with a borderline insane form like the Mate X, the hardware inside could be lacking in some way. But the Mate X does not skimp down on hardware specs either – it is powered by Huawei’s Kirin 980 flagship processor with 8GB RAM and 512GB storage, it comes with a total of three Leica-tuned cameras, dual-SIM, and it packs two batteries which entail in a total battery capacity of 4,500mAh with 55W Super Charging which is claimed to offer 85 per cent charge in mere 30 minutes. The Mate X is also 5G-ready and even though there’s a lot to talk about its Balong 5000 modem (that’s claimed to be even more powerful than the Snapdragon X50 modem found inside the Qualcomm Snapdragon 855) I will hold that for a separate article. For now, I can say this, the Huawei Mate X could be the first 5G-ready phone to launch in India and even though users may not be able to make full use of the network anytime soon, the Mate X will be future-ready. 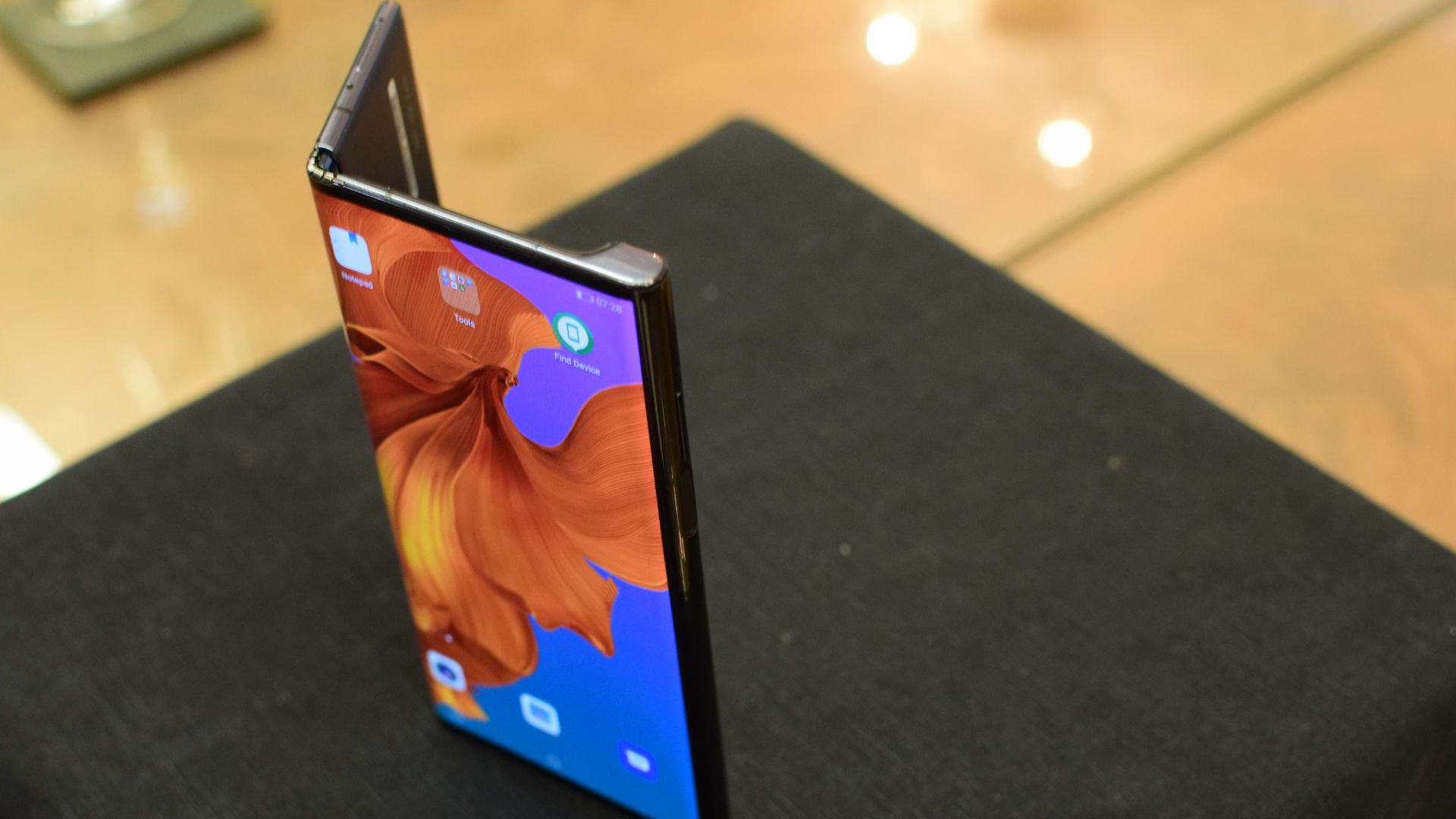 As it should, because the thing is likely to cost a bomb in India. For some perspective, the Huawei Mate X has been launched in Europe for Euros 2,299 (roughly Rs 1,85,000).

Also Read:  Huawei Mate X Foldable 5G Phone Is Coming To India By The End Of This Year