The Nova 6 5G is a 5G-ready phone thanks to Huawei’s Balong 5000 modem, while the standard Nova 6 is identical to it, save for 5G and battery capacity.

Huawei’s Nova 6 lineup is official and as expected it has as many as three smartphones to boot, the Nova 6 5G, Nova 6 and Nova 6 SE. The Nova 6 5G is a 5G-ready phone thanks to Huawei’s Balong 5000 modem, while the standard Nova 6 is identical to it, save for the next-generation connectivity standard and battery capacity. The Nova 6 SE is meanwhile a mid-tier phone with more toned-down specs, but quad rear cameras. All the three phones are exclusive to China for now.

The Nova 6 5G which is the most high-end phone in Huawei’s Nova 6 lineup, has a 6.57-inch 1080p+ AMOLED display with a dual punch-hole display cutout. Even though the panel’s AMOLED, Huawei has opted to go with a conventional side-mounted fingerprint scanner on this one. Under the hood, the phone packs a Kirin 990 processor with Huawei’s Balong 5000 modem for 5G support. This is paired with 8GB RAM and up to 256GB storage. It is further backed by a 4,200mAh battery with 40W fast charging support. Software inside is Android 10-based EMUI 10, although there are no Google services on-board.

The standard Nova 6 packs 4G connectivity and a smaller 4,100mAh battery. Rest of the deal stays the same as the 5G Nova 6. 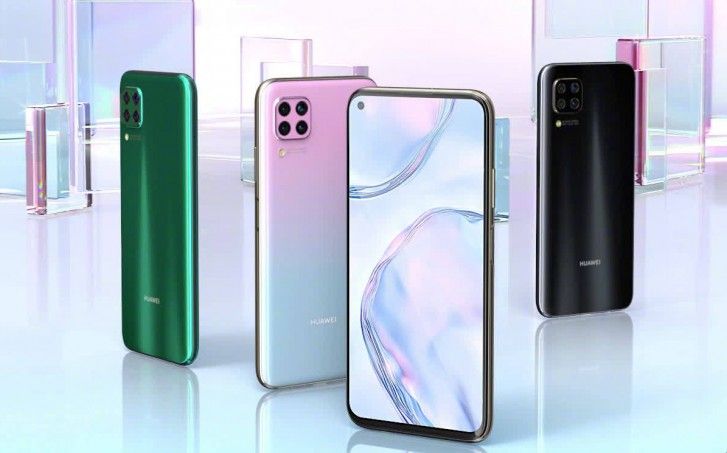 The Nova 6 SE is an affordable mid-ranger with a 6.4-inch 1080p+ IPS LCD display with a punch-hole display cutout – that houses a single 16MP camera. There’s a side-mounted fingerprint reader, just like the Nova 6 5G and Nova 6. Under the hood, the phone has a Kirin 810 processor paired with 8GB RAM and 128GB storage. Software again is Android 10-based EMUI 10. The phone is further backed by a 4,200mAh battery with 40W fast charging support.

The Nova 6 SE has four rear cameras – a 48MP main, an 8MP ultrawide-angle, a 2MP depth and another 2MP macro camera.