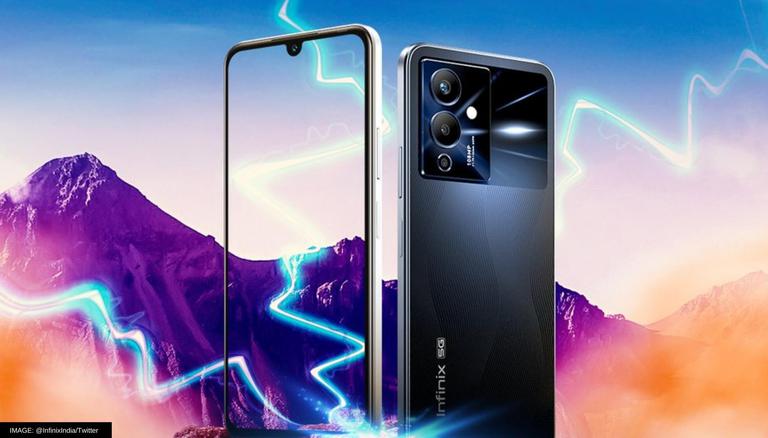 On 4 July 2022, Infinix India announced the release date of the Infinix Note 12 5G series via its official Twitter handle. As per the post, the smartphone series will come out on 8 July 2022. Additionally, the tweet also mentions that the Infinix Note 12 5G series will only be available to purchase from Flipkart. Have a look at the tweet below and click on the link to head over to the Flipkart teaser page.

While not much is known about the smartphone series yet, Infinix has shared two key details. As the company is expected to release multiple smartphones under the Infinix 12 5G series, at least one of the models will come with a 6.7-inch FHD+ AMOLED display and a 108Mp primary camera. However, a lot more can be inferred from the teaser images of the upcoming smartphone series.

First, the model shown in the images is a triple rear camera setup with a 108MP primary camera. The camera module is rectangular in shape and covers almost half the width of the smartphone. The second detail to notice here is the presence of a water-drop notch on the front panel of the smartphone and relatively thinner bezels on the top and sides. Additionally, the right panel of the smartphone has a power button (which might double as a fingerprint scanner) and volume rockers.

Infinix is marketing the smartphone with the tagline "Thrill & Thunder" which could be an indication of a powerful processor and new features. As the smartphone is coming out in a couple of days, more details should surface on the internet soon.

Stay tuned for more updates related to Infinix smartphones and other tech news.