The smartphone looks a lot like the Samsung Galaxy Z Flip 3. However, there is minimal to no crease visible in the video. See the leaked video here. 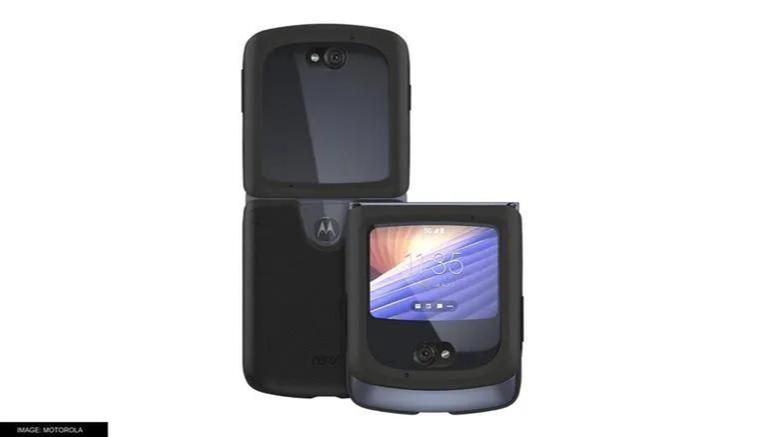 
Motorola Razr 3 has appeared in a hands-on video. The smartphone is rumoured to be launched soon by Lenovo as the successor to Motorola Razr 5G. From what it looks like, the company has completely redesigned the smartphone to look more like a modern-day foldable smartphone and compete with other brands.

Thanks for @evleaks on Twitter, readers can have a look at the Motorola Razr 3's design ahead of the launch. As seen in the video, the front panel of the device looks a lot like the Motorola smartphones launched in a while, with bezels on four sides and a punch-hole camera at the top. Additionally, there seems to be a fingerprint scanner on the right panel of the device, which most likely, doubles as the power button as well.

The smartphone looks a lot like the Samsung Galaxy Z Flip 3. However, there is minimal to no crease visible in the video. The video also shows the smartphone in a folded state, showcasing the secondary display along with the dual-rear facing cameras. While Lenovo has not announced the smartphone or provided any details about the release of the smartphone, the hands-on video indicates that Motorola has finished working on the device.

A report by The Verge, citing 91Mobiles showcases the first image of the Motorola Razr 3. As seen in the image, Motorola has redesigned the Razr smartphone. While the previous models looked a lot like the original Razr phone, the upcoming Razr looks like the Samsung Galaxy Flip 3, which is pretty much the benchmark device when it comes to clamshell-type foldables. The report mentions that the smartphone is boxier than its predecessor.

Further, the Motorola Razr 3 seems to have two rear cameras, including a 50MP primary sensor and a wide/macro shooter with a resolution of 13MP. The inner display of the device features a selfie camera with a resolution of 32MP. Most likely, the smartphone will come with Snapdragon 8 Gen 1 SoC and up to 8GB of RAM, with different storage models offering up to 512GB of internal storage.