Smartphone batteries are draining faster following a recent WhatsApp update, according to multiple reports. We have reached out to WhatsApp for comment.

A recent WhatsApp update is resulting in smartphone batteries draining faster, according to reports. Many WhatsApp users have reported issues about degrading battery performance after updating to version 2.19.308 on Android and version 2.19.112 on iOS.

Multiple smartphone users took to social media that a recent WhatsApp update is causing the battery to drain faster. According to reports, these complaints started to surface after WhatsApp released WhatsApp for iOS version 2.19.112 last week. But apparently, the issue wasn't limited to iOS users.

Many Android users reported a similar battery draining issue with the latest version of WhatsApp for Android version 2.19.308.

Here's what appears to be causing battery draining issues with the latest WhatsApp update:

According to initial reports, continuous WhatsApp activity in the background is what is causing the battery to drain faster. The issue was also raised by folks over at Wabetainfo. In a nutshell, the latest WhatsApp update increases battery usage for running the app in the background to more than its actual screen-on time.

Some users (included me) are experiencing battery drain using WhatsApp for iOS 2.19.112. In particular, Battery Usage reports a high usage of the app in background.
Do you experience the same issue?

READ | WhatsApp may be getting into India's e-commerce, launches catalogs

At the time of this publication, we were able to see a notable increase in terms of the background activity of WhatsApp, which was significantly higher than its screen-on time, on our Google Pixel 3A XL. 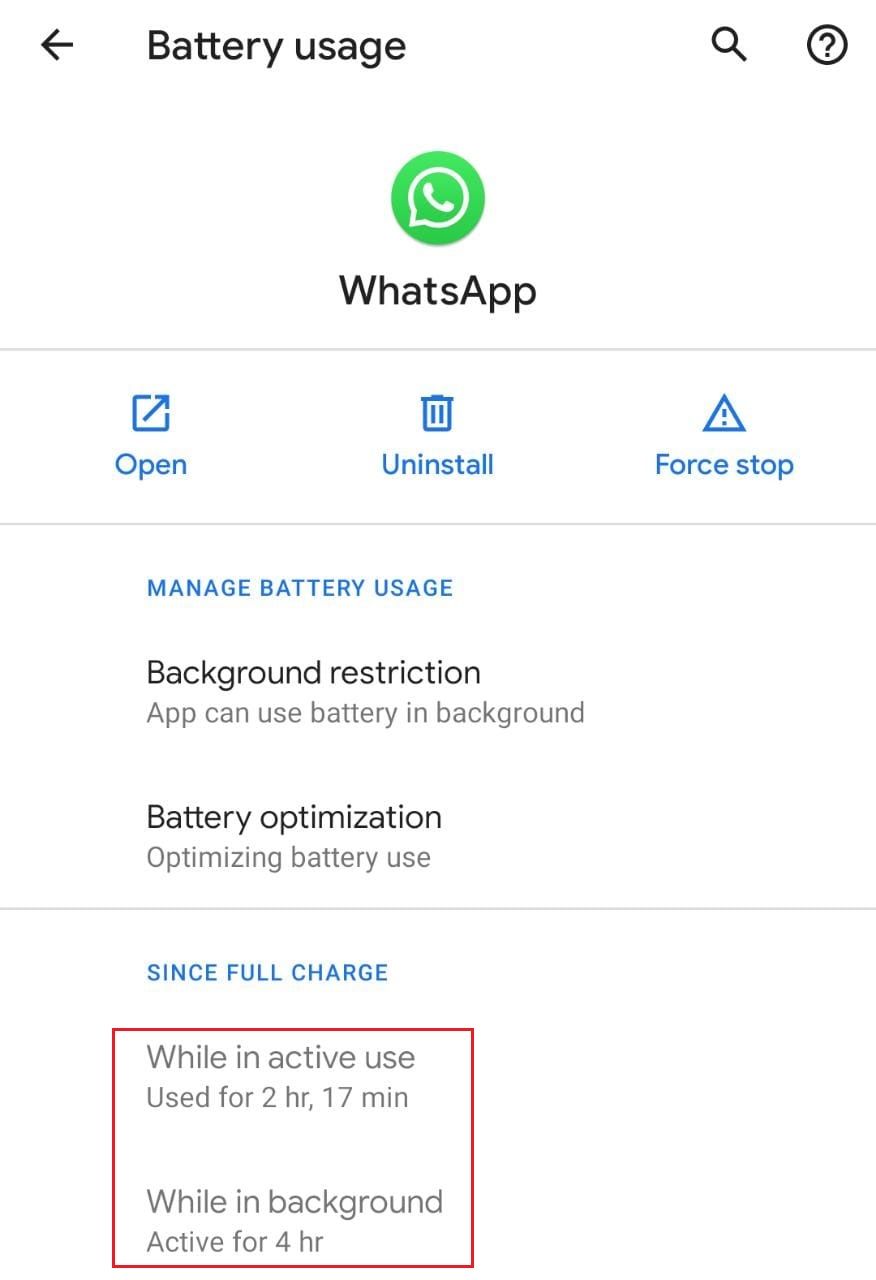 Many smartphone users have shared screenshots of WhatsApp's 'excessive' battery consumption. OnePlus users, in particular, seem to be facing this problem on Android. OnePlus users have also reported the issue of official OnePlus forums.

And I haven't even got it open nor have I today... pic.twitter.com/s1Y7MoWPOa

We have reached out to WhatsApp for a comment and we will update our story as and when we hear back.

In related news, WhatsApp is reportedly cracking down on groups that carry a suspicious group subject on the messaging app. Multiple users have reported that WhatsApp is preventing them from using its service for being a part of a group that has a 'suspicious' or 'malicious' name as the group subject.