On Monday, the bulk of cryptocurrencies were trading down due to reduced trade volumes. Bitcoin, on the other hand went up along with Shiba Inu. 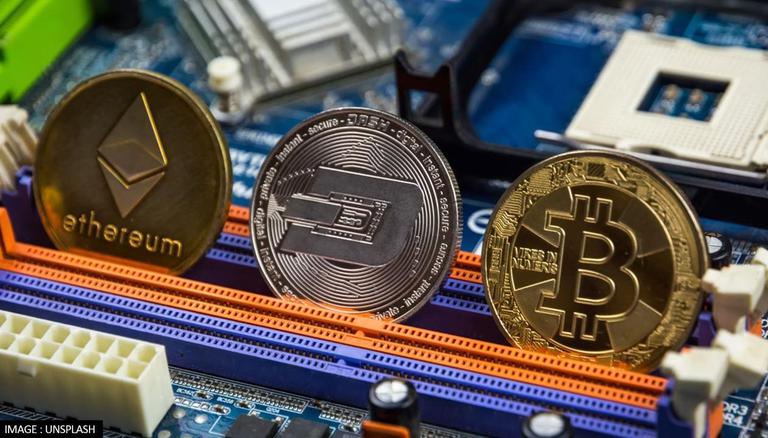 
On Monday, the bulk of cryptocurrencies were trading down due to reduced trade volumes. Bitcoin, on the other hand, was able to extend its weekly rise into the high digits. The remaining seven of the top ten cryptocurrencies, with the exception of Bitcoin and stablecoins, were lower at 9.30 am IST. Bitcoin was up more than 3%, while Polkadot was down more than 6%. Because Bitcoin is still part of an uncontrolled market, it remains extremely volatile. As of 9 a.m. on October 11, the cryptocurrency was trading at $56,480.

Prices of cryptocurrencies were varied today, with Bitcoin trading above the $55,000 level. The most popular and largest cryptocurrency in the world by market capitalization increased by more than 1% to $55,584. Bitcoin has increased by 15% in the last seven days.

In comparison to the previous day, the global crypto market cap fell slightly to $2.30 trillion. The overall crypto market volume, on the other hand, was down nearly 1% to $97.05 billion. While the financial markets were focused on Washington's debt-ceiling squabble this week, Bitcoin quietly surged, putting it on track to have its greatest week in months.

READ | Shiba Inu Coin Cryptocurrency grows 340% in 7 Days; Should you invest in SHIB?

After years of waiting for a US Bitcoin ETF, the crypto community could soon have four options in a matter of weeks. Over the last 24 hours, other cryptocurrencies have had a mixed performance. Ether, the second-largest cryptocurrency and the unit linked to the Ethereum blockchain, fell 1% to $3,462. Cardano prices fell slightly to $2.22, while dogecoin prices fell 4% to $0.23. In the previous 24 hours, XRP and Shiba Inu have risen, while Litecoin and Uniswap have fallen.

I can smell a new all time high for #Bitcoin! 👃

Retweet If You Want @Tesla To Accept $Shib!💯🚀🌙

JP Morgan Chase, an American investment banking institution, recently promoted Bitcoin, claiming that the cryptocurrency, which is always increasing in value, is a superior inflation hedge than gold. While Bitcoin investors have often said the same, JP Morgan Chase's comment lends weight to such statements. Investors had previously argued that the cryptocurrency offers faster returns than gold and that it is easily stored for future worth.

Last month, China's central bank deemed all Bitcoin and other virtual currency transactions illegal, ramping up an effort to prevent the use of unofficial digital money. In the hours following the announcement, the price of Bitcoin plunged by more than 9% to $41,085, as did the price of most other crypto coins. Ethereum has lost about 10% of its value, sliding from $3,100 to around $2,800. In 2013, Chinese banks were prohibited from dealing with cryptocurrencies, but the government reminded them this year. According to the Cambridge Bitcoin Electricity Consumption index, China alone accounted for around three-quarters of all the electricity used for crypto mining two years ago, far and away the highest in the world.

How to invest in Cryptocurrency in India

Currently, investors may buy Bitcoin and other cryptocurrencies via well-known crypto exchanges such as CoinBase, WazirX, and BNS. If an investor wants to buy cryptocurrency, they must first have or open an account on one of the exchange sites that sells it. To begin the account creation process, users must provide basic information about themselves, such as their name and bank account information. Platforms like CoinDesk, WazirX, and Binance all require Pan Card verification before they can begin trading online.