Google Tells Delhi HC: 'We Are Not Social Media, Not Covered Under The New IT Rules' 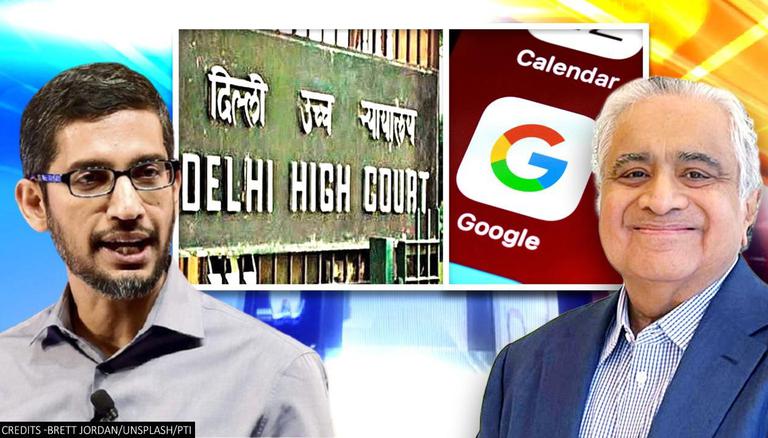 The Delhi High Court on Wednesday sought a response over a plea filed by tech giant Google challenging a single bench order directing it to remove certain content globally terming the same to be "offensive".

A division bench of the high court presided by Chief Justice D N Patel and Justice Jyoti Singh after hearing preliminary arguments issued notice on the plea filed by the tech giant and posted the matter for further hearing on July 27.

Appearing for Google, senior Advocate Harish Salve argued before the court that Google is a search engine and not a social media intermediary. "Hence, we are not covered under the definition of Significant Social Media Intermediary in the IT Rules, 2021," Salve argued.

Salve further told the bench that certain content may be offensive in Indian law but not offensive outside India, hence passing a blanket order to remove the content globally cannot be issued.

The court had also issued a slew of directions to deal with the complications in removing offending content such as photographs and videos from pornographic websites.

Justice Anup Jairam Bhambhani said that a court when approached with such a grievance, shall issue a direction to the website or online platform on which the offending content is hosted, to remove such content forthwith, and in any event within 24 hours of receipt of the court order.

The order was a petition by a woman who claimed that her photographs and images, though not in themselves obscene or offensive, were taken from her Facebook and Instagram accounts without her consent, and were uploaded on a pornographic website with derogatory captions added to them.

Justice Bhambhani noted, “The true enormity of this fact has dawned over the course of hearings conducted in the present matter when it transpired that despite orders of this court, even the respondents (Internet service provider, search engines), who were willing to comply with directions issued to remove offending content from the world wide web, expressed their inability to fully and effectively remove it.”

“A direction should also be issued to the website or online platform on which the offending content is hosted to preserve all information and associated records relating to the offending content...at least for a period of 180 days...for use in investigation,” the High Court added.