Fueled by massive fervour among investors, the Squid Game coin skyrocketed as much as 310,000 per cent since its launch despite being a massive rug-pull scam. 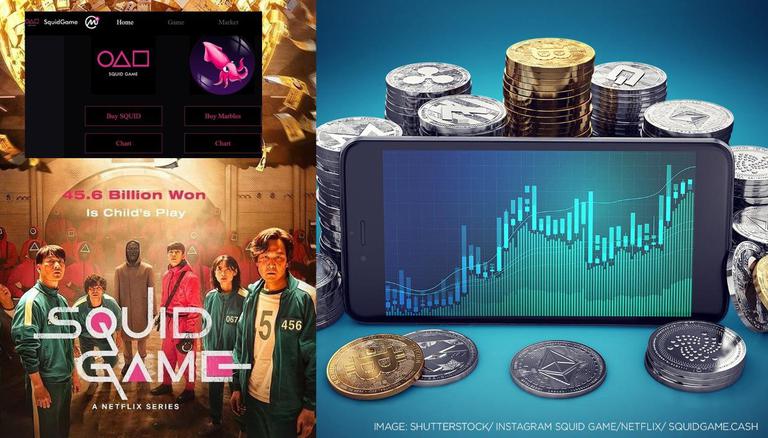 
On Monday, November 1, the world's latest and most hyped cryptocurrency - SQUID GAME - shot up to $2,862 per coin at 5:25 AM. Its unimaginable growth spurt was interrupted in less than half an hour after it crashed to less than one US dollar by 5:40 AM, according to CoinMarketCap. In the 15-minute period, an anonymous group had crashed the company had sold all of its shares and walked away with $3.4 million.

SQUID, a cryptocurrency touted to be inspired by the hit Netflix show Squid Game started trading on October 26, for less than 1 USD. By Friday, it had reached $4.39, a significant increase within such a short span of time. As the price of SQUID coin rose rapidly, on November 1,  the price jumped from $38 to $2,862, marking an astronomical rise of 2,86,19,900 per cent since it started trading barely 10 days ago before crashing completely to costing less than a penny again, in less than 10 minutes.

How and why did SQUID game crash?

Creators of the viral Squid Game cryptocurrency, who remain anonymous sold their coins causing its price and value to plummet, walking away with $3.4 million. This left other traders and coin holders' stocks and shares ultimately worthless.

The coin's popularity banked solely on the hype around Squid Game TV show. A crypto analyst spoke to Wired magazine and addressed the issue. The coin harnessed the hype for the Netflix series Squid Game by apparently offering obsessed gamers across the world access to a play-to-earn game.

The SQUID coin website reportedly featured a "whitepaper" analysis explaining how players could unlock coins by winning virtual versions of the games from Squid Game. While many news outlets amplified the crypto boom and quoted lavishly from the erroneous whitepaper, yet, experts remained tight-lipped about the development until after the crash when they came forward to call SQUID a scam. Popular tech website Gizmodo in an article from October 29 was one of the first to publish an article headlined 'New Squid Game cryptocurrency launches as obvious scam'.

The Gizmodo article went on to criticise BBC and Business Insider which covered the new cryptocurrency news claiming that its coverage of the development was 'wildly irresponsible.' It went on to note that, crypto scam artists use brands from movies and TV shows, such as the Mando (based on Disney's Mandalorian), which went viral after launch a few months ago was also based on pop culture hits and that the name and reference was used without permission from creators.

Liquidity Lock claims and the start of a scam

As buyers purchased the cryptocurrency online, they quickly became aware of the fact that they could not sell it, forcing the price to rise significantly and at an alarming rate, propelled by the popularity of the show. The SQUID coin's website was only a few weeks old and was riddled with typos and its social accounts did not allow replies to its posts. But as its price kept exploding, money kept pouring in.

In its white paper, the company had claimed that the "Liquidity (shares) of SQUID will be locked for a minimum of three years on DxSale, preventing any unseen, and immediate changes to SQUID liquidity pool. Unlock date is set for 20th October 2024".

SQUID turned out to be a "rug-pull" scam, investors realised after November 1. A rug-pull scam is where the cryptocurrency creators cash out their coins, destroying their demand and value after cashing it for large sums. With SQUID, its creators walked away with $3.4 million with an investment that's unlikely to have cost them one-tenth of their theft returns.

Forbes noted that the crash started after users noticed Wallet Activity (digital blockchain wallet that stores/manages Bitcoin and other cryptocurrencies) suggesting that the token's alleged developers had terminated the project before its heavily publicised online game had even launched and cashed out of approximately $3.4 million worth of Binance coin tokens, hiding transaction details using a protocol called Tornado Cash.

What will happen to Squid Game investors now?

CoinMarketCap has posted the following message for curious investors on their website:

"We have received multiple reports that the website and socials are no longer functional & users are not able to sell this token in Pancakeswap. There is growing evidence that this project has rugged. Please do your own due diligence and exercise extreme caution. This project, while clearly inspired by the Netflix show of the same name, is NOT affiliated with the official IP."

Although the SQUID Coin website for the new Squid Game crypto looks comprehensive, including a white paper and a supposed audit report, those who have seen cryptocurrency rug-pulls before, such as the Mando coin, will recognise the style. The website is still available in some capacity at the domain SquidGame.cash. It was registered less than a month ago, on October 12.