A new meme cryptocurrency $STOPELON has emerged in a bid to counter Tesla CEO Elon Musk’s manipulations of the crypto market. 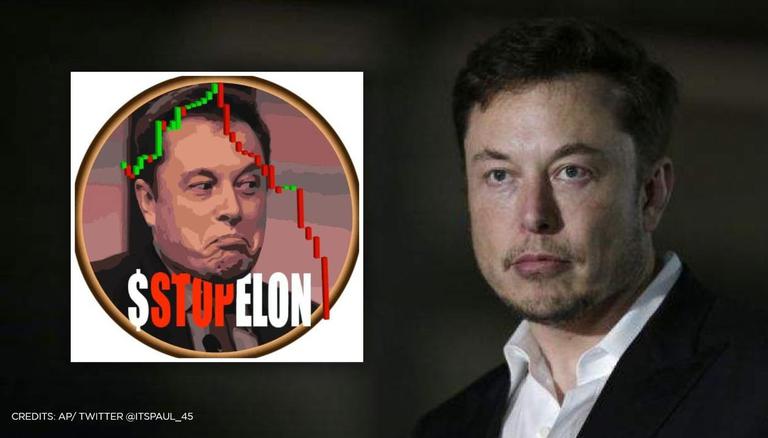 
A new meme cryptocurrency $STOPELON has emerged in a bid to counter Tesla CEO Elon Musk’s manipulations of the crypto market. Musk has consistently rallied support for bitcoin and the meme currency Dogecoin, however, crypto enthusiasts have stopped enjoying his tweets since he announced that Tesla will no longer be accepting Bitcoin as a payment method. Several traders have also blamed the billionaire’s tweets for the recent cryptocurrency market crash earlier this week.

Therefore, the $STOPELON cryptocurrency is solely dedicated to stopping Musk. According to CNBC TV, the developers of the new crypto have said that the objective is to stop Musk who allegedly manipulates the crypto market. The meme cryptocurrency was built with quite unrealistic meme-like goals. The developers of the new crypto call themselves “a community created to destroy the biggest market manipulator of them all”.

As per Poocoin, the new cryptocurrency is currently being traded at around 0.00005600 with a market capitalisation of nearly $30 million. The total STOPELON supply comprises 50 per cent of coins available for purchase and 40 per cent already burned and removed from circulation with 5 per cent each for the developers’ wallet and marketing. One can buy the crypto by downloading Trust Wallet on one's phone or any other app that is compatible with the SWAP platform PancakeSwap.

The official page of $STOPELON reads, “Elon Musk is infamous for irresponsibly manipulating the cryptocurrency market with his Twitter account. Just recently, he did it again, causing a massive crash across all frontiers when he tweeted that Tesla will cease to accept Bitcoin as payment. Anyone with even a shred of critical thinking sees through his lies. He has been trying to pump crypto for ages, tweeting about it to no end, and even going to Saturday Night Live as a final resort to get Dogecoin up! It's ridiculous!”.

It further adds, “He's toying with people's portfolio like candy, like the narcissistic billionaire he is and always will be. We say ENOUGH. Hence, we created $STOPELON. Where we get rich, without anyone controlling our fate except ourselves. All you have to do is BUY and HODL”.

Meanwhile, Several crypto investors criticised the Tesla CEO for making comments against Bitcoin that triggered a downward spiral in the valuation of the world's largest digital currency. First, Tesla suspended payments in Bitcoin over climate concerns and then later Musk tweeted that implied in a Twitter exchange that the electric carmaker has sold or may sell part of its Bitcoin holdings. However, in a separate tweet, Musk clarified that Tesla has not sold any Bitcoin, but at this moment, the cryptocurrency was already trading at one of its lowest values.