As the global semiconductor market surpassed $150bn in the 3rd quarter of the year, Samsung Electronics clocked the first position beating US Intel on Sunday. 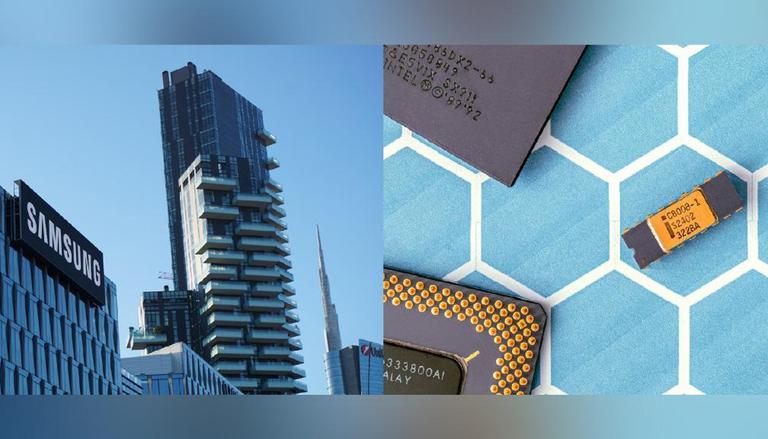 
As the global semiconductor market surpassed $150 billion in the third quarter of the year, Samsung Electronics clocked the first spot, beating US Intel on Sunday. As per market research by Omdia, the global semiconductor market sales spiked by 7.6% from last quarter, which is around $153.2 billion in the third quarter of 2021. However, the growth has remained slightly less than the annual average of 7.9% from 2002 to the previous quarter, ANI reported.

Explaining the cause of the rise in sales, Omdia said that the market saw a good seasonal demand led by strong memory product sales and chip shortages. Memory products such as DRAM and NAND flash made covered most of the market as they grew by 12% from last quarter. Notably, the sale of NAND flash expanded significantly. In the third quarter, the sales amounted to $18.7 billion, which was up by 13.8% from $16.4 billion in the second quarter.

"The sales of display driver (DDI, 13%) and image sensor (17 %) products also significantly increased, but memory market is about five times larger in terms of size," Omdia said as quoted by ANI.

Samsung beats US Intel in the sale of semiconductor

As per the latest semiconductor sale list released on December 10, Samsung topped US Intel in the global semiconductor market. The South Korean company bagged a record rise of 13.0% scale-up from the previous quarter. It marketed a sale of $20.958 billion, as reported by ANI. Intel's flagship microprocessor unit (MPU) remained almost unchanged at $18.786 billion, which was down by 1.8% from the previous quarter.

On the other hand, another Korean chip manufacturer, SK Hynix also stood at third position with sales of $9.976 billion. The sales went up by 10.8% from its previous quarter. Meanwhile, both the South Korean companies are now instrumental in expanding their business in the semiconductor sector in North America through new promotions and changes of executives, ANI reported.

On December 10, Samsung Electronics announced new leadership for its DS Division. The electronic manufacturer giant appointed Kang In-yup as resident and Head of Device Solutions in America. With the fresh changes in executives, Samsung is hoping to seek business opportunities in the North American market by investing 20 trillion won ($17 billion) to establish a second chip foundry.

WE RECOMMEND
JioPhone Next could release around Diwali due to semiconductor shortages around the globe
South Korean-Chinese researchers create next gen semiconductor material 'TMD'
Samsung to build $17B chip factory in Texas
MapMyIndia IPO to open on Dec 9: Check Issue date, price band, GMP and other details
Samsung Electronics joins Olympics athletes, launches 'Digital Walking campaign
Listen to the latest songs, only on JioSaavn.com