As Musk continues his SpaceX journey, Stephane Israel, head of Arianespace, one of SpaceX's competitors has warned that the company is monopolising space. 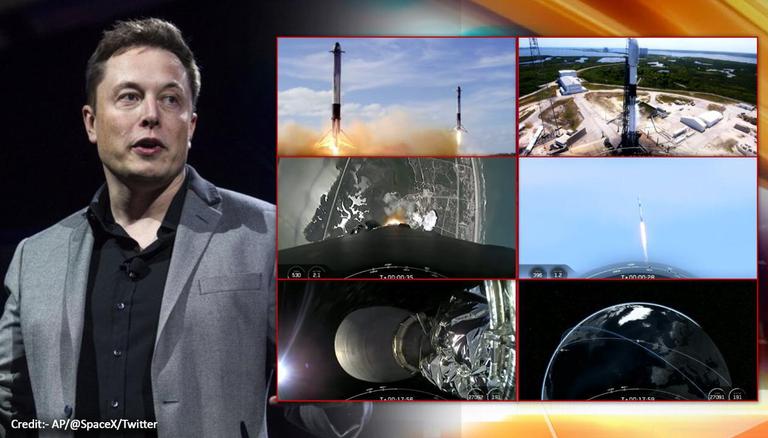 
Tesla CEO Elon Musk's SpaceX launched 60 Starlink satellites from Space Launch Complex 40 (SLC-40) at Cape Canaveral Space Force Station in Florida on May 27. This was the 13th Starlink launch of the year for SpaceX. As Musk continues his SpaceX journey, Stephane Israel, head of Arianespace, one of SpaceX's competitors has warned that the company is threatening the "de-facto monopolization" of space.

The statement from Israel comes at a time  when SpaceX with this launch now has about 1,600 satellites orbiting the Earth providing internet to multiple countries, including in the US and Canada. Stephanie while addressing a UN-sponsored conference in Geneva on sustainable development goals said that space should remain accessible for human activities but lower altitude could increase risk of space. He warned that Elon Musk's SpaceX heading towards monopolising the space.

"We want space to remain accessible for human activities but we refuse a Wild West space. It really is our responsibility to ensure that low orbit (less than 1,000 kilometres or 625 miles) above the Earth is sustainable long-term."

Israel said that over 9,000 satellites have been sent into orbit since 1957 and among them SpaceX has sent 1667 satellites for Starlink. He added that 35 per cent of all the satellites in operation belong to Elon Musk. He further said that recent years had seen several collisions, at least two of them involving Starlink satellites, and warned that we could find ourselves in a catastrophic scenario. Israel said there was also "a risk of de-facto monopolisation" for Starlink as one of the first firms to set up such a satellite network.

"SpaceX has already deployed 1,677 satellites for Starlink, which means that today, of all satellites in operation, 35 percent belong to one man -- Elon Musk."