A very rare document related to the famous Theory of General Relativity, written by Albert Einstein and Michele Besso got sold for over $13 million 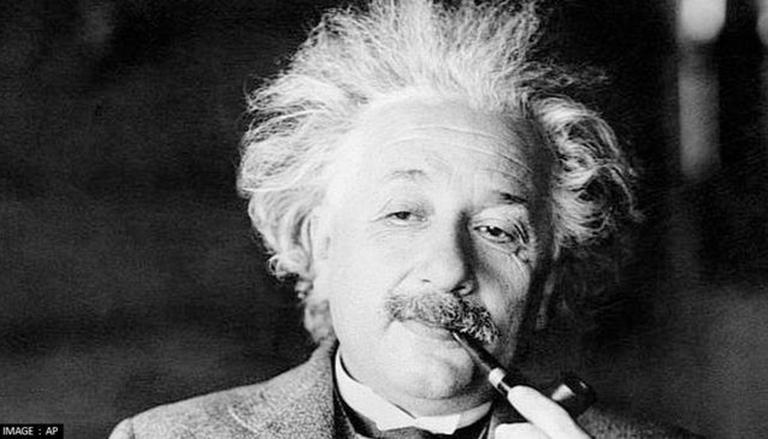 
A very rare document written by Albert Einstein and his close friend Michele Besso was auctioned in Paris. The manuscript which is related to Einstein's famous theory of general relativity was written collectively by Einstein and Bessos between 1913 and 1914. It was put up for auction by Christie's of Paris's Aguts Auction Home and raised more than $15 million (amounting to nearly Rs 100 crore) making it the most expensive piece of Einstein's writings ever sold.

The document which consists of 54 pages has 26 pages written by Albert Einstein, 24 pages by Michele Bessos, while three other pages have been written by them collectively. These pages show the remarks of the two of them on each other's work.

Meanwhile, this is not the first time Einstein's writings have been put up for auction. Earlier, his writings were sold for million-dollar sums at various auctions. A letter from Einstein to a rival physicist containing his famous E=mc2 equation was sold for $1.2 million in May 2021. Before that in 2017, short notes written by Einstein describing his formula for happiness were sold at $1.5 million. Apart from that, in 2002 one of his manuscripts was sold for $559,500.

Albert Einstein's famous theory of general relativity was published in November 1915. It is a fundamental principle of modern physics that transformed theoretical physics and astronomy in the 20th century. Thereafter, the manuscript auctioned by Christine's shows the birth of the theory and provides great significance to it.

READ | Did you know? 100 years ago, a solar eclipse made Albert Einstein famous

However, Einstein started working on his special relativity theory in 1912 earlier published in 1905 based on the principles of physics. Later, he took the theory to a next level after the Swiss engineer Michele Besso entered the scenario and finally after struggling for several years he established the valid equations for his new theory and published it in a series of four articles in November 1915.

WE RECOMMEND
US man achieves lifelong dream of becoming a Physicist; completes PhD at 89 from Brown Uni
Albert's Einstein's handwritten letter with iconic 'E=mc²' equation now up for sale
Albert Einstein won Nobel Prize for Physics on this day in 1921; read details
Einstein's letter with E=mc² equation auctioned for mammoth $1.2M... but it's all relative
Albert Einstein and Charlie Chaplin had hilarious conversation during first encounter
Listen to the latest songs, only on JioSaavn.com