According to NASA, asteroid Bennu will make a close approach with Earth in the year 2135. The trajectory of the object is under further study by scientists. 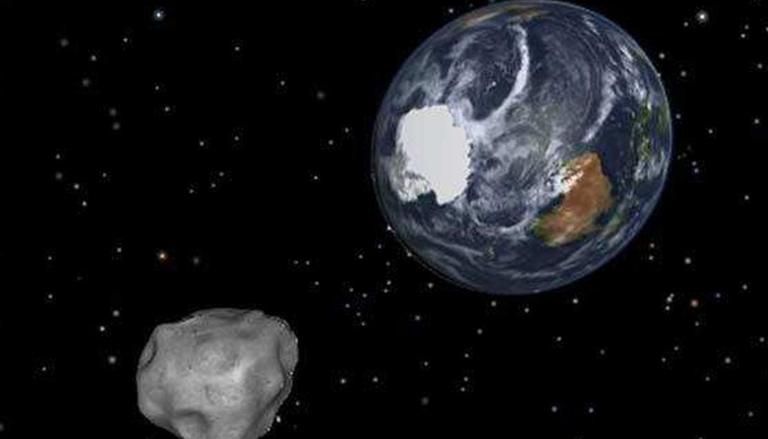 
Scientists of the US Space Agency NASA have now confirmed that an asteroid, which is the size of the Empire State Building in New York, stands a chance at hitting Earth. The asteroid named Bennu is classified as a potentially hazardous object. According to scientists, the chances of the asteroid collision with Earth between 2021 and 2300 is one in 1,750.

In a study titled Ephemeris and hazard assessment for near-Earth asteroid (101955) Bennu based on OSIRIS-REx data, NASA said that its researchers used precision-tracking data from the agency’s Origins, Spectral Interpretation, Resource Identification, Security-Regolith Explorer (OSIRIS-REx) spacecraft to better understand movements of the potentially hazardous asteroid. According to the space agency, this study on the movement of asteroid Bennu through the year 2300, has significantly reduced uncertainties related to its future orbit, and improved scientists’ ability to determine the total impact probability.

“NASA’s Planetary Defence mission is to find and monitor asteroids and comets that can come near Earth and may pose a hazard to our planet,” said Kelly Fast, program manager for the Near-Earth Object Observations Program at NASA Headquarters in Washington. “We carry out this endeavour through continuing astronomical surveys that collect data to discover previously unknown objects and refine our orbital models for them. The OSIRIS-REx mission has provided an extraordinary opportunity to refine and test these models, helping us better predict where Bennu will be when it makes its close approach to Earth more than a century from now,” she added.

According to NASA, asteroid Bennu will make a close approach with Earth in the year 2135. Although the near-Earth object will not pose a danger to our planet at that time, Bennu’s exact trajectory during that encounter must be further studied in order to predict how Earth’s gravity will alter the asteroid’s path around the Sun. NASA also informed that the agency, using its Deep Space Network and state-of-the-art computer models, were able to significantly shrink uncertainties in Bennu’s orbit. The scientists of the agency confirmed that the impact probability through the year 2300 is about 1 in 1,750 (or 0.057%). Although the chances of collision with the Earth is low, Bennu remains one of the two most hazardous known asteroids in our solar system, along with another asteroid called 1950 DA.