Average Hospital Stay For Omicron Patients To Be A Game-changer? Experts Share Data

The recent SAGE reports demonstrate that the average length of stay in hospital for Omicron patients, could be a potential game-changer amid the spike of COVID. 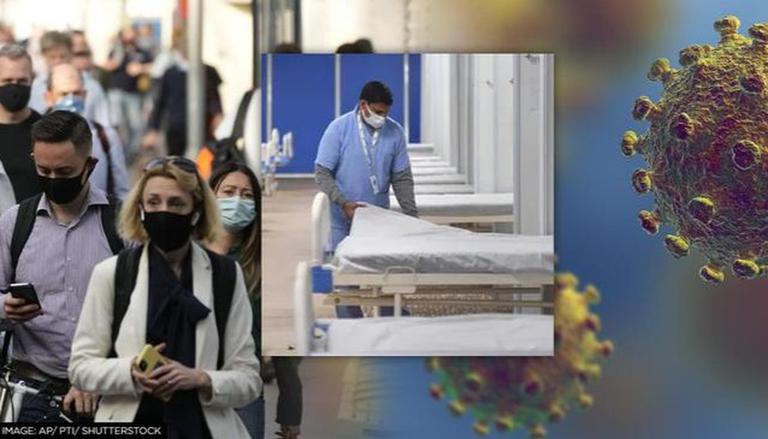 
In less than a month, the 'highly mutated' Omicron variant has spread rapidly around the world, contributing nearly 90% of new cases in some countries. However, according to an article published in The Spectator on Thursday, data presented to the British government's Scientific Advisory Group for Emergencies (SAGE) committee on December 22 stated about the new information which confirms that patients with the Omicron variant have shorter stays in hospital.

The recent SAGE reports demonstrate the average length of stay in hospital for Omicron patients, which could be a potential game-changer amid the spike of COVID-19 cases. If the length of the hospital stay is decreased, then the National Health Service's (NHS) COVID-handling capacity would increase, and the danger of hospitals becoming overburdened is greatly reduced, according to The Spectator.

Findings of the Report

According to the report, it revealed that after December 1, the average hospital stay for COVID patients has been drastically reduced as compared to the cases during the third wave in early to mid-2021. As per a graph from the Spectator report, admission rates have decreased from four to three days for those under the age of 50, while for another age bracket of 50 to 69, the days have reduced from 6.5 to 4.5. Further, the days have decreased from eight to less than five for the patients in their 70s, and from nearly 12 to five days for those who are over the age of 80.

In addition to this, on December 23, the Scientific Pandemic Influenza Group on Modelling (SPI-M) said that such a pattern would provide the National Health Service with much-needed relief. "A reduced length of stay would allow more capacity within hospitals to manage this, and, to a first approximation, this would scale linearly with the change, i.e. halving the length of stay would permit double the admissions," citing SPI-M, The Spectator reported.

Meanwhile, preliminary data from two recent British studies suggested that the new COVID-19 strain Omicron is milder than Delta. The Imperial College London COVID-19 response team assessed that those infected by the variant are around 20% less likely to be hospitalised at all than those afflicted with the Delta version, and seem to be 40% lesser likely to be admitted to a hospital for a night or more.

Furthermore, the overall number of Omicron variant cases in the United Kingdom has reached 2,29,666, with 19,544 additional cases reported on Thursday. The number of fresh COVID-19 infections in the UK has reached 1,89,213 with a 53% increase in London and 332 deaths. According to Worldometers, the UK has registered 12,748,050 cases of Coronavirus since the outbreak, and 1,48,421 deaths.