Richard Branson’s Virgin Galactic is on a sweet run as it recently added 100 new customers who are awaiting their turn for a spaceflight next year. 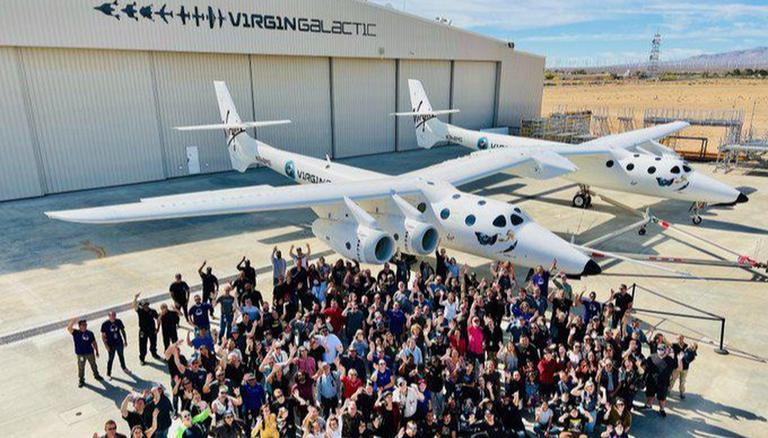 
Virgin Galactic announced its earnings for the third quarter of 2021, taking to its Twitter account. Richard Branson’s space tourism company is on a sweet run as it recently added 100 new customers, who are awaiting their turn for spaceflight next year. This new addition was recorded after the company resumed ticket sales.

As a result of this, the total number of flight reservations has reached 700. However, the customers will have to sit back for a while as Branson announced a delay in the space tourism programs until late 2022.

Virgin Galactic disclosed information about its earnings, through a financial statement released on November 8. According to the statement, the company's cash position as of September 30, 2021, stood at approximately $1 billion, including cash and cash equivalents of $721 million, and marketable securities of $286 million.

These figures emerged after the company recorded a net loss of $48 million for the quarter. However, it was relatively better when compared to a $92 million net loss in the third quarter of 2020. Besides, $1 million was paid for capital expenditures, which is $3 million less than last year's third quarter.

In addition to this, $2.5 million was generated in revenue owing to the sponsorships linked to Branson's flight in July along with government contracts, Space News reported.

In its official financial statement, the company also detailed the revenue generated from the sale of tickets since August. According to the statement, each of those 100 tickets are priced at whopping ₹3.3 crore ($4,50,000).

Michael Colglazier, Chief Executive Officer of Virgin Galactic said in a statement, "We are entering our fleet enhancement period with a clear roadmap for increasing the durability, reliability and predictability of our vehicles in preparation for commercial service next year. Demand for space travel is strong, and we've been selling seats ahead of the pace we had planned.

This demonstrates the incredible market for our product and appreciation for the value of the unique experience we offer. It's a pivotal time for the Company as we transition from a prototyping space innovator to the global, scaled, commercial operation we are becoming."

The sale of tickets has witnessed a hike, particularly after Branson's flight in July this year when he flew to the edge of space in Galactic's VSS Unity spacecraft. However, the company is still 300 ticket sales short of its target, as it plans to invite 1000 customers ahead of its first commercial space flight in the fourth quarter of 2024.

Meanwhile, Branson's engineers are currently focusing on enhancement and modification of the VSS Unity and VMS Eve, the space vehicles in which the customers will take a ride. This announcement also delayed Galactic's Unity 23, a mission for the Italian Air Force, which was scheduled for late September/early October this year.