Scientists have discovered debris of an ancient protoplanet called Theia that likely crashed into the Earth some 4.5 billion years ago. The crash generated shrapnel into space that likely led to the formation Moon. Arizona State University scientists have now found huge blobs of rock and metal, and ancient fragments which they described were “millions of times larger than Mount Everest in terms of volume". In new research published in the journal Nature on April 3, scientists revealed that pieces 621 miles tall and two to three times as wide, interpreted as subducted slabs, were discovered in southern Asia and the circum-Pacific's lower mantle transition zone. Researchers employed the complex global mantle convection model and used knowledge of the plate motion history to unveil these stagnant slabs and investigated the critical question about its origin. 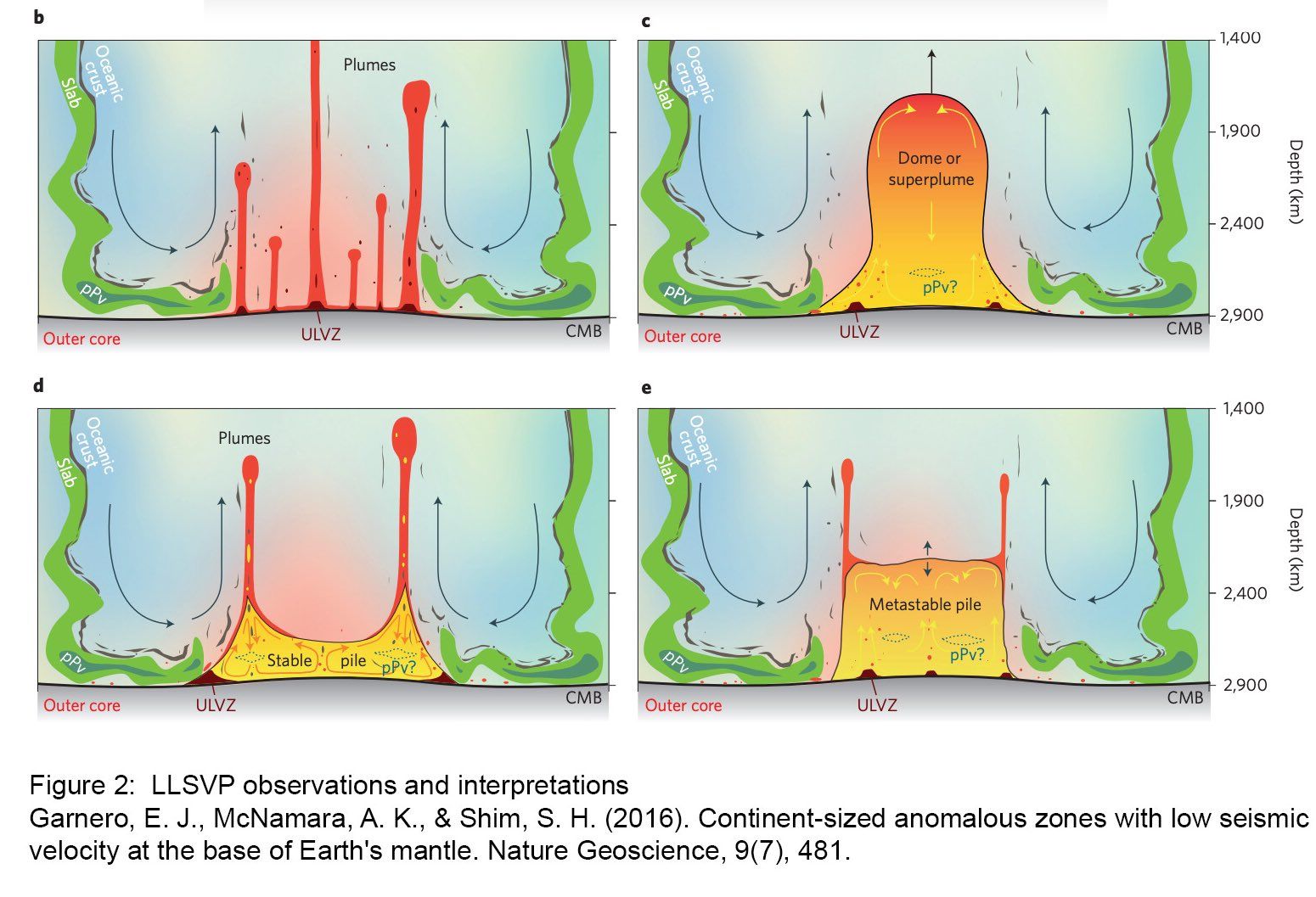 Scientists found the presence of a thin, weak layer at the phase change boundary of the slabs, and eventually detected gargantuan masses with two giant blobs, known as low-shear velocity provinces (LLSVPs) hundreds of kilometers tall, embedded in the Earth. The continent-sized rocks underneath the pacific ocean and Africa got trapped several thousand years ago between the tectonic plates. Several such blobs out of Samoan and Icelandic volcanoes have made the scientific community curious. The remains of the protoplanet are the "largest thing in the Earth’s mantle,” says Qian Yuan, a Ph.D. student in geodynamics at Arizona State University (ASU), Tempe.

READ | Why human brain is so big? Scientists shed light on the reasons

[The Giant Impact hypothesis for the origin of the LLSVPs. Credit: Li et al. journal]

These denser and chemically different mantle rocks were also found slowing the seismic waves from earthquakes as they were trapped in Earth’s primordial magma ocean. They could be dense puddles of primitive mantle rock that survived the trauma of the Moon-forming impact, researchers speculated, adding that  LLSVPs are in themselves a type of alien impactors. “This crazy idea is at least possible,”  Yuan, who presented the hypothesis at the Lunar and Planetary Science Conference stated.

Separately,  a seismologist at ASU Tempe, Edward Garnero said it was the first time scientists discovered such multiple lines of evidence. Another geochemist at the University of California (UC), Sujoy Mukhopadhyay, referred to volcanic lavas found in Iceland and Samoa islands that he said existed since the time of the Moon-forming impact and had strange radioactive elements that were formed 100 million years ago. A geophysicist at UC Berkeley  Harriet Lau noted that these  LLSVPs were dense at the earth's bottom and needed 'deep imaging'. However, it is yet to establish whether underground blobs were remnant shards of Theia and rocks from the Moon’s mantle could provide clearer evidence.

WE RECOMMEND
NASA confirms there's no risk of asteroid Apophis impacting Earth for at least 100 years
Scientists say that earth may run out of oxygen in a billion years from now
Scientists at CARMENES discover Super Earth Gliese 486 b, 26 light years away from Earth
NASA's InSight lander detects massive quakes on Mars, calls it 'Earth-like'
Asteroid Apophis aka 'God of Chaos' won't hit Earth for another century, says NASA