'Eggshell Exoplanets' With Ultra-thin Layer And No Plate Tectonics Might Exist: Study

Astronomers have suggested that there might be planets out there in the universe having a brittle and ultra-thin outer layer orbiting other stars. 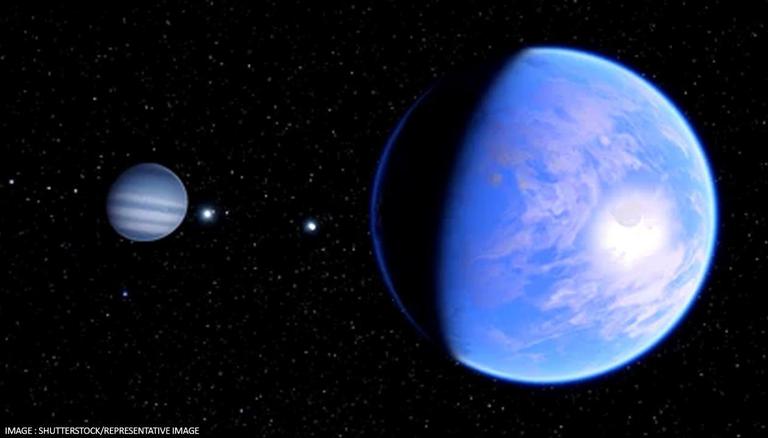 
Unravelling another mystery hidden in deep space, astronomers have suggested that there might be planets out there in the universe having a brittle and ultra-thin outer layer orbiting other stars. In a new study led by researchers from the Washington University in St Louis, experts have called these entities 'eggshell exoplanets' as they are likely to have little or no topography, lack the plate tectonics and may or may not be inhabitable. Explaining the importance of plate tectonics and the disadvantage of its absence, planetary geologist and lead author of the study Paul Byrne said as per Daily Mail,

Understanding whether you've got the possibility of plate tectonics is a really important thing to know about a world, because plate tectonics may be required for a large rocky planet to be habitable. It's therefore especially important when we're talking about looking for Earth-like worlds around other stars and when we're characterising planetary habitability generally.

Through the study, that is published in the Journal of Geophysical Research: Planets, this international team of experts is attempting to determine what are the factors upon which the thickness of the lithosphere, a planet's outer layer, depends. The ability of a planet to support high topography such as mountains or the rigidity and flexibility of the plate tectonics, everything depends on the thickness of the lithosphere. It is, therefore, the lithosphere that regulates the temperature of the Earth over geological timescales, and the plate tectonics makes it habitable. According to the team, the characteristics of the exoplanets, which are determined by their geological processes, are also largely driven by the outermost layer of the exoplanets.

In order to determine which factor had the major share in deciding a planet's atmospheric thickness, the team of experts chose an Earth-sized rocky planet where they modelled combinations of planetary mass, surface and mantle temperature and energy flow. As a result, the study found that the thickness of the outer brittle layer was dominantly influenced by surface temperature with a fair share of planetary mass, distance to its star and age of the planet.

Determining what an exoplanet's layer is made of is extremely difficult, although scientists do know now that thinner brittle lithospheres are generally a characteristic of younger exoplanets, just like Venus in our solar system. On the other hand, thick brittle lithospheres, like the ones found on Mercury and Mars, can be found on smaller and older planets. Daily Mail reported Byrne further saying-

We know from published work that there are exoplanets that experience conditions in a more extreme way than what we see in our solar system. Ultimately we want to help contribute to identifying the properties that make a world habitable.