The ESA shared a post showcasing the "layered history" of Mars using pictures. Along with the pictures, the agency also posted a descriptive caption. 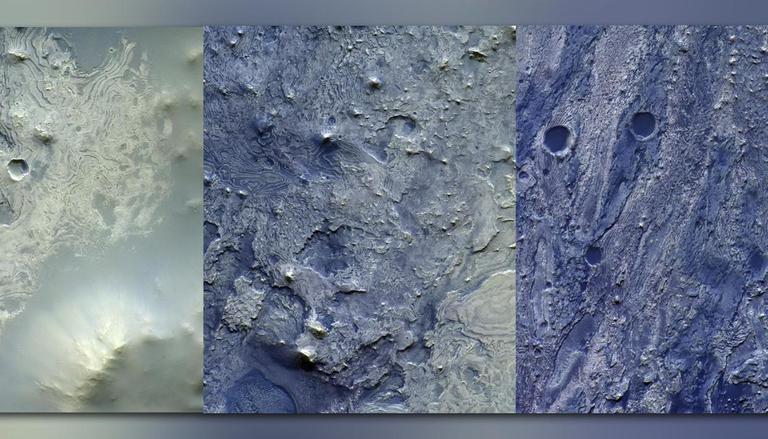 
The Instagram account of the European Space Agency (ESA) is filled with pictures of galaxies and space. These pictures shared on the account often leave netizens in awe. Continuing with the trend, the ESA has shared a post showcasing the "layered history" of Mars using pictures. Along with the images, the agency also posted a descriptive caption. According to the ESA, the post shows the details of layered deposits exposed on the floor of a 50 km wide impact crater. It stated that the sediments that have been eroded by the wind reveal their internal layering. Dark sand has been trapped in the low parts of the terrain and contrasts with the brighter sedimentary rocks. In places the layers are offset by faults cutting through them, showing that the ground has been fractured in the past, the ESA stated. "The image is centred on 3.9897°N, 1.3794°E. A scale bar is marked on the image," mentioned the Space Agency.

The post is doing rounds on Instagram and other social media platforms since it was shared on Saturday, October 9. As of now, it has garnered around 2,500 likes and the numbers are continuously surging. Besides, it has also accumulated several comments from people. Reacting to the post, one of the users wrote, "People will go and live on this planet. Humans can be geniuses. If they can found water, it will be the beginning of a new era in human history. Fascinating [sic]." "Really interesting scaling formations in pic 5. I've seen layered scaling like that in my fish tanks, where we have hard water and high mineral content [sic]," wrote another. "What is this little Structure in the middle, right side of Picture Nr 6. Is this the shadow of the satellite? [sic]," asked a curious user. Meanwhile, a number of users dropped emoticons in the comment section to express their reactions. 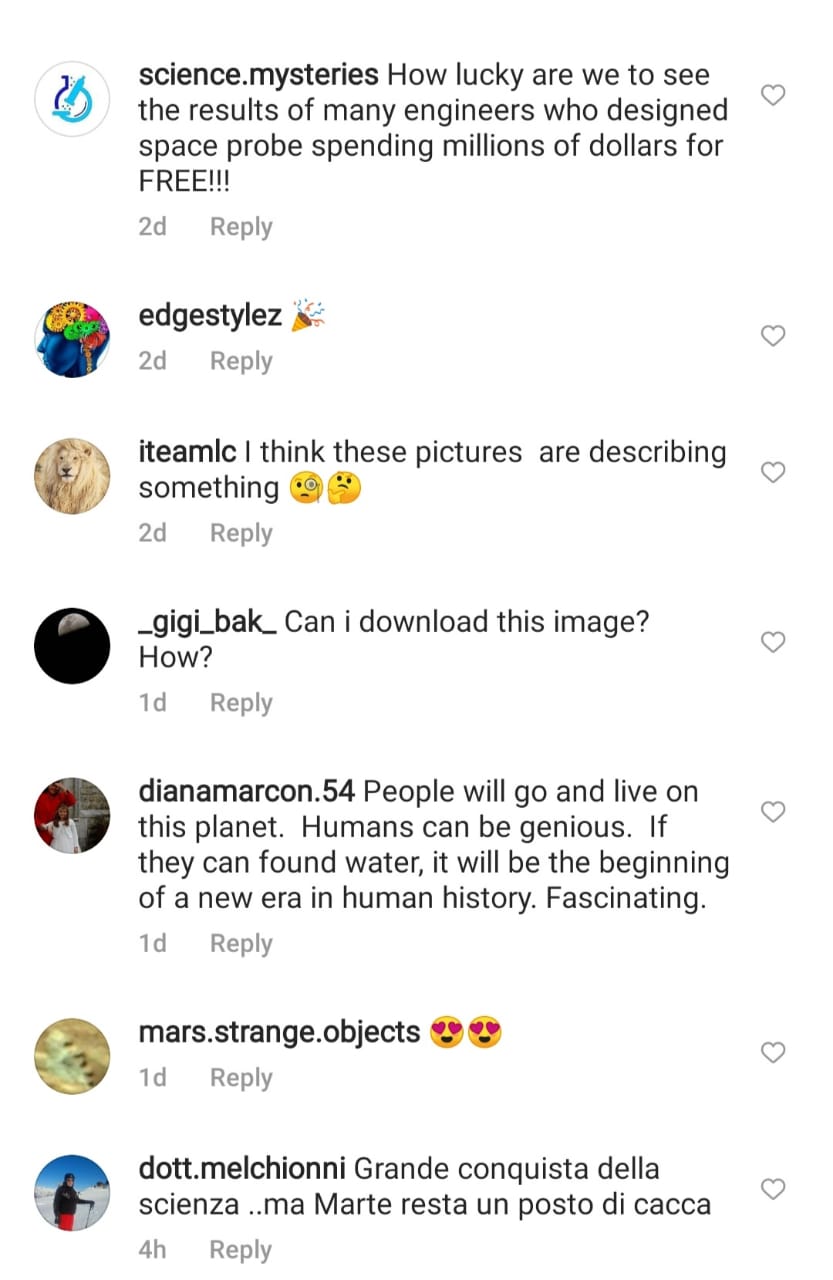 ESA shares images of the galaxy

Meanwhile, ESA recently also shared images of the galaxy on its Instagram page. The European Space Agency mentioned in the caption that the Hubble telescope captured the image of a unique edge-on galaxy. The merging galaxies that form the new generation of stars are depicted in photos shared on the photosharing site. Furthermore, according to the European Space Agency, regular spiral galaxies' dust and spiral arms are similar to the Milky Way, which appears flat when viewed edge-on.

WE RECOMMEND
Scientists running Perseverance now know where to look for life on Mars
'There's no water left on Mars': Researchers reveal in a new study; here's why
UAE to launch spacecraft between Mars, Jupiter; probe to find origins of the universe
NASA to begin simulated trip to Mars moon 'Phobos' from Oct 1; volunteers announced
India's Mars Orbiter Mission (MOM) probe, planned for 6 months, completes 7 years in orbit
Listen to the latest songs, only on JioSaavn.com