Sporting the name ‘Tardigrade’, the two-wheeled lunar bike by Hookie will significantly bring down launch costs, as per the developers. 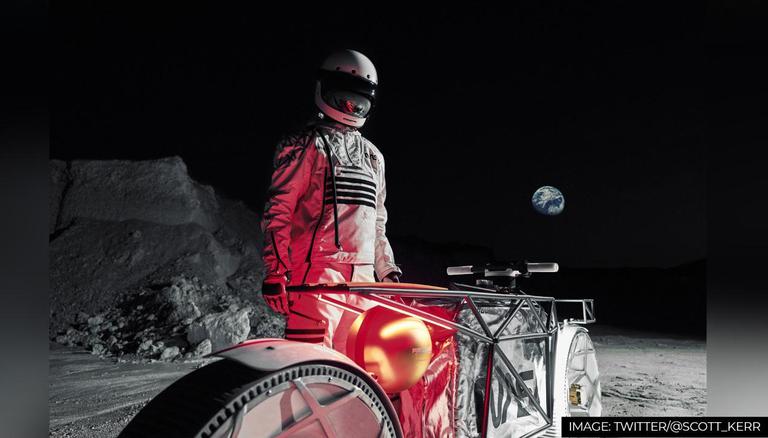 
Fulfilling NASA’s desire for a lunar dirt bike, German motor company Hookie has designed an over-the-top prototype of a lunar bike. Sporting the name ‘Tardigrade’, the two-wheeled lunar exploration vehicle will significantly bring down launch costs, said a report by Interesting Engineering. Currently, the prototype hasn’t been approved for usage but it reportedly is in a drivable state and will prove to be highly beneficial as compared to a car-sized lunar buggy.

The idea behind the lunar bike

The entire idea of developing the lunar exploration vehicle is to cut down the payload costs for future moon missions. According to Interesting Engineering, lifting off rockets with just one kilogram of payload costs over $2,700 today, which is a huge decider of the launch budget.

That said, the vehicle designed by Hookie can be a huge money-saver as it weighs just 140 kilograms whereas the lunar buggy, that NASA carried to the Moon in 1969 weighed 210 kg. Talking about the same, one of Hookie’s co-founders, Niko Müller told Interesting Engineering that a car-sized buggy would hog space similar to that of 3-4 Tardigrades. 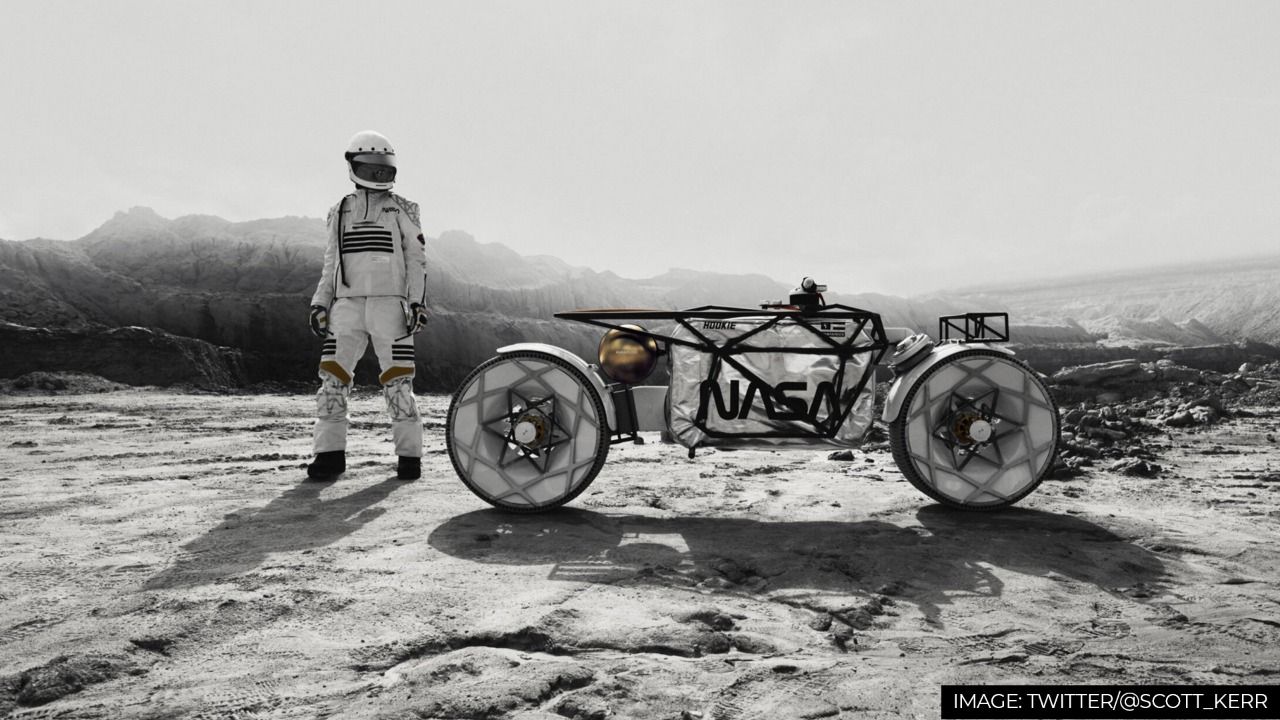 The prototype is reportedly a result of Russian artist Andrew Fabishevskiy, who created the design in 2020 and was later borrowed by the German company to bring it to existence. The vehicle is named ‘Tardigrade’ after the most resilient organisms which can survive the harshest of environments on the Earth and beyond.

Specialities of the lunar bike

The lunar motorcycle is made using ultra-light metal and has an invisible frame made of ten millimetre-thin, laser-cut aluminium and axles. Reportedly, the frame is wrapped with a tubing exoskeleton and is covered with aluminium coating to protect it from impacts, space radiation and chilling cold on the Moon. Developing the air-less tires of the vehicle, on the other hand, reportedly was the real challenge. The company first developed the ultra-light, 24 x 7-inch alloy rims and then developed the tires by 3D printing 12 polyurethane tread modules. Although Hookie hasn’t struck a deal yet with NASA for the vehicle as per Müller, he is excited for collaboration in the future as the agency already knows about the vehicle.