Scientists have discovered a species of dinosaur that was 13 feet long, five feet tall and weighed up to 1000 kg and was an ancestor of the diplodocus. 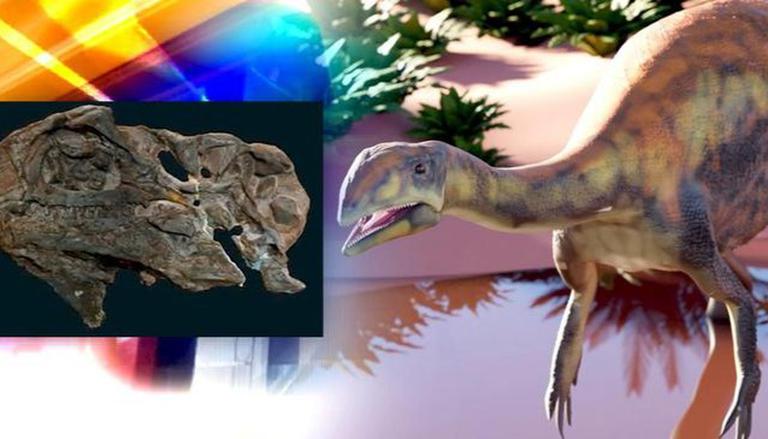 
Scientists have discovered a species of dinosaur that was 13 feet long, five feet tall and weighed up to 1000 kg and was an ancestor of the diplodocus. As per the reports of Daily Mail, the scientists said that nearly two complete skull fossils of plant-eating dinosaurs were found in Jameson Land, East Greenland. The new dinosaur species' scientific name is Issi saaneq, which translates to 'Cold Bone,' lived around 214 million years ago when East Greenland was connected to Europe.

In a study published in the journal Diversity, an international team of palaeontologists from four nations, Brazil, Portugal, Germany and Denmark looked at the skull fossil of Cold Bone and discovered new species. According to Daily Mail, Victor Beccari of the Universidade NOVA de Lisboa in Portugal stated that Issi would have been small compared to other long-necked dinosaurs that followed them.

Here we go, I'm pleased to present the new dinosaur from Greenland, Issi saaneq!! The results from my Master in Paleontology thesis at @FCTNOVA were just published! pic.twitter.com/TvArR9Ws4y

After 25 years from the first description by Jenkins et al. 1994, we reviewed two skulls of a sauropodomorph from Greenland assigned to Plateosaurus trossingensis! However, these skulls show significant differences from Plateosaurus, belonging to a new taxon! pic.twitter.com/6xG3s5VcIq

Palaeontologists from Harvard University discovered the skulls during expeditions to Greenland in the early 1990s. However, experts have just recently completed a thorough examination of the remains and designated it as a new species, according to Daily Mail. Both skulls were scanned using a micro-CT-scan and segmented in order to see internal features and bones that were still covered by sediment. Following that, the researchers generated 3D models of the remains.

Cold Bone has a number of distinguishing characteristics that put it apart from all other species, yet it shares some similarities with Brazilian dinosaurs like Macrocollum and Unaysaurus. According to Daily Mail, Issi saaneq or Cold Bone is about 15 million years older than the Brazilian dinosaurs.

Issi saaneq (cold bone in the local Inuit language) was a medium-sized plateosaurid that lived during the Norian (Upper Triassic, 214 Mya) of Jameson Land, central East Greenland, being the first sauropodomorph to reach latitudes over 40° North! pic.twitter.com/rrVPMFMvUv

East Greenland was once linked to what is now Europe during the Late Triassic period. The supercontinent Pangaea broke apart during Cold Bone's lifespan, and the Atlantic Ocean formed. As a result, Greenland served as a bridge between Pangea's arid interior and the continent's humid periphery. According to Daily Mail, East Greenland's fauna was diversified at the period, with huge fishes, amphibians, phytosaurs, pterosaurs, and some of the first dinosaurs among its inhabitants. Lars Clemmensen of the University of Copenhagen, who is one of the study's authors stated that at the time, the Earth was going through climate shifts that allowed the first plant-eating dinosaurs to reach Europe and beyond.