Perseverance extracted core on 190th day from dried-out lakebed and secured it in test tube completing a critical first step in a decade-long martian mission. 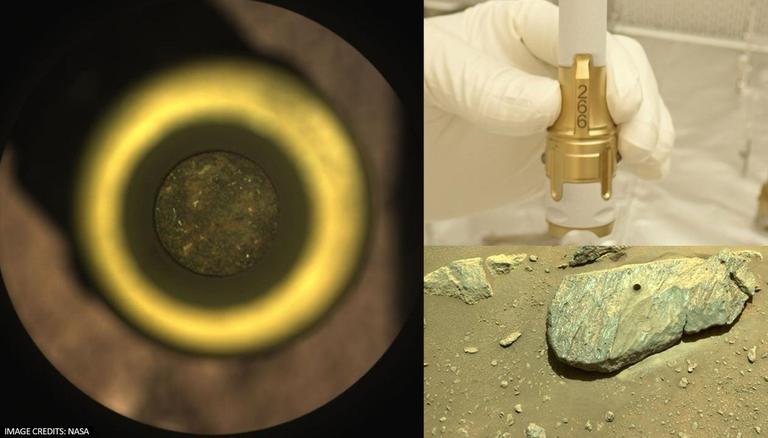 
In what NASA described as a phenomenal accomplishment and 'humanity’s boldest search', the Mars Perseverance Rover has managed to drill its first-ever cored rock sample from the Martian surface. In the biggest achievement yet in ‘Percy's' Mars mission, as NASA affectionally terms the rover, the latter managed to dig a rock core on 190th day from around a dried-out lakebed and secure it in a test tube completing a critical first step in a decade-long martian mission that’s searching for traces of human life form on the Red planet.

The core of rock is slightly thicker than a pencil, NASA said in a release, although the first images beamed back to Earth are yet to be confirmed officially as the poor lightening did not clearly project the contents in the tube. NASA blamed the bad lightening on the position of the sun. The space agency, although confirmed via the data it received late Sept. 1 from the Perseverance rover that the team has achieved its goal of successfully coring a Mars rock.

It’s official: I’ve now captured, sealed, and stored the first core sample ever drilled on another planet, in a quest to return samples to Earth. It’s the first in a one-of-a-kind Martian rock collection. #SamplingMars

But the initial images were downlinked, and additional images were taken after the arm completed sample acquisition were inconclusive due to faulty sunlight conditions, NASA explained. “Perseverance mission team is confident that the sample is in the tube, images in optimal lighting conditions will confirm its presence,” it said. 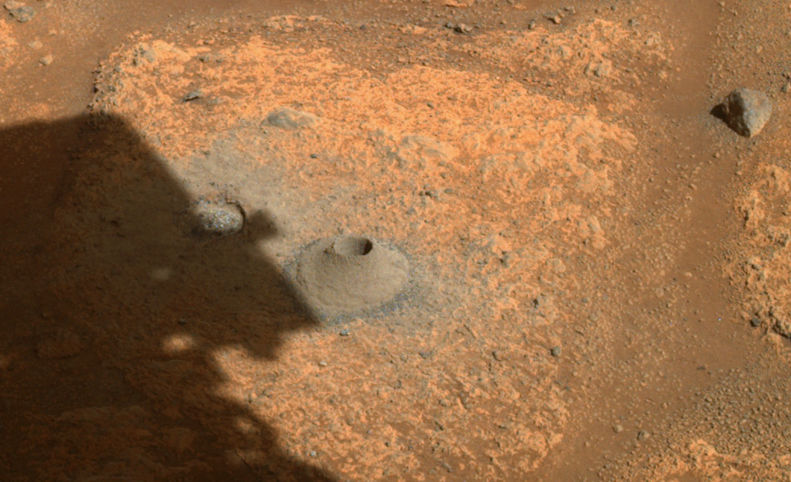 [This image was taken by one of the hazard cameras aboard NASA’s Perseverance rover shows the hole drilled in what the rover’s science team calls a “paver rock” in preparation for the mission’s first attempt to collect a sample from Mars. Credits: NASA/JPL-Caltech]

“Perseverance will obtain additional imagery of the sample tube before potentially completing the process of collecting its first scientifically-selected Mars sample,” NASA informed in a release on Sept. 1, sharing the iconic photos of the drill hole from Perseverance's second sample-collection attempt, and the test tube where Mars rock is preserved.

NASA Perseverance rover’s Sampling and Caching System deployed the rotary-percussive drill as well as a hollow coring bit at the end of its 7-foot-long (2-meter-long) robotic arm to extract the rare Martian sample. After maneuvering the corer, Perseverance slightly opened the end of the sample tube to capture the images using the Mastcam-Z instrument. “Target for the sample collection attempt was a briefcase-size rock belonging to a ridgeline that is more than half a mile (900 meters) long and contains rock outcrops and boulders,” NASA informed.

After taking the photos the rover indulged in a procedure termed as the “percuss to ingest,” which NASA describes as vibrating the drill and the tube for one second, at least five separate times to clear the tube of any residual material that clings. The ‘percuss-to-ingest’ procedure also slides down the main content onto the tube. NASA informed that the sun's angle is essential to point-source the light that can saturate an image. 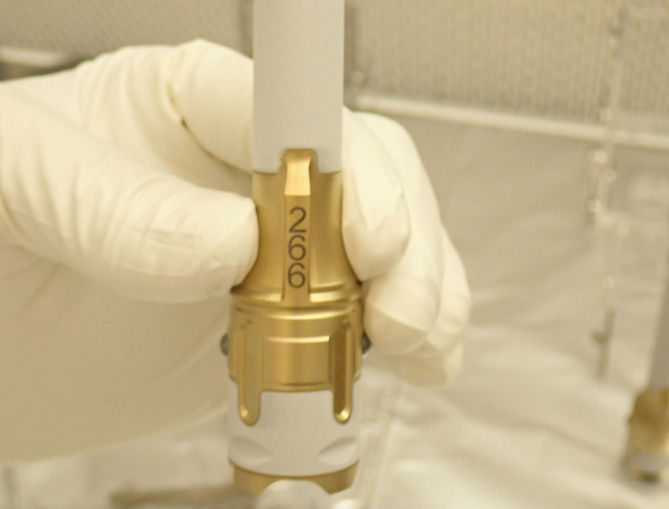 NASA’s Jet Propulsion Laboratory, on Sep.6 also demonstrated on camera sample tube number 266, which was used to collect the first sample of Martian rock by NASA’s Perseverance rover. each of the tubes is made of titanium, weighs less than 2 ounces (57 grams), and is less than 6 inches long.

“The project got its first cored rock under its belt, and that’s a phenomenal accomplishment,” said Jennifer Trosper, project manager at NASA’s Jet Propulsion Laboratory in Southern California. “The team determined a location and selected and cored a viable and scientifically valuable rock. We did what we came to do. We will work through this small hiccup with the lighting conditions in the images and remain encouraged that there is a sample in this tube,” she added.