According to the researchers, toxic substances that are present in poisonous frogs and birds are basically required to protect themselves from predators. 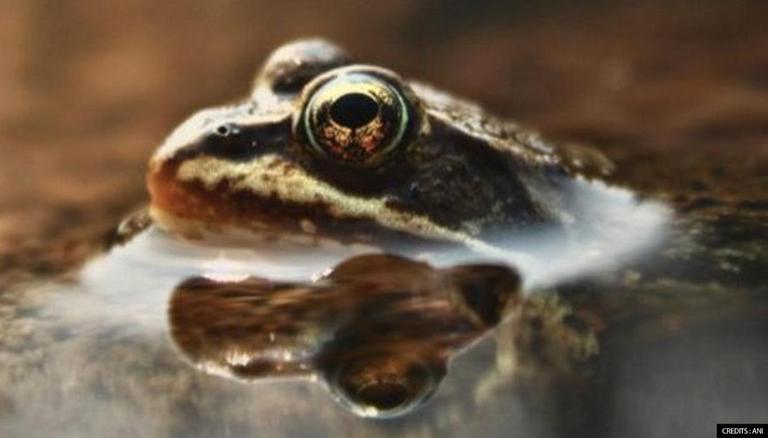 
A recent study that has been led by experts from the University of California, San Francisco (UCSF), Stanford University, and the California Academy of Sciences (CAS) aims to learn how deadly frogs and birds avoid getting themselves become intoxicated.

Their research, which was published in the Journal of General Physiology (JGP), shows that instead of developing resistant forms of the toxin's target protein, the animals build "toxin sponges" that sweep up the poison and prevent it from killing them.

How does it work?

Toxins substances that are present in their poisonous bodies are basically required to protect themselves from predators. These substances bind to voltage-gated sodium channels, which regulate electrical impulses in neurons, muscle, and the heart which causes paralysis and cardiac arrest to other animals.

For instance, Batrachotoxin is a highly powerful sodium channel toxin found in New Guinea's toxic Pitohui birds and many Colombian poison frog species. The golden poison frog, scientifically known as, Phyllobates terribilis is thought to have 1 milligram of batrachotoxin in its skin glands, which is enough to kill 10 to 20 people.

Again, Pitohui birds and poison frogs get batrachotoxin from the insects they consume and retain it for long periods of time despite possessing their own voltage-gated sodium. Yet, leaving the question of how they are going to protect themselves. To answer that many researchers have evolved theories, out of that one theory is that the animals have developed sodium channels that are resistant to batrachotoxin.

According to ANI, "However, there haven't been any functional studies of poison frog or Pitohui sodium channels, so whether batrachotoxin-bearing animals rely on changes within their sodium channels or alternative resistance mechanisms remains unclear", says UCSF Professor Daniel L. Minor, Jr.

As the researchers compared the effects of batrachotoxin with saxitoxin, a well-known paralytic shellfish toxin, Minor and colleagues believe that these deadly bird and frog species may instead depend on "sponge" proteins that sweep up poisons and prevent them from binding to sodium channels

According to Abderemane-Ali et al., an additional auto-resistance mechanism in those toxic animals. They proposed that the animals generate sponge proteins that scavenge toxins and prevent them from binding to sodium channels. Batrachotoxin binds to isolated frog sodium channels, however when injected into real poison frogs, it does not appear to activate the channels.

Researchers claimed Batrachotoxin-mopping proteins have yet to be discovered. Bullfrogs, on the other hand, generate a protein called saxiphilin, which has a strong affinity for the poison saxitoxin. Minor and colleagues discovered that sodium channels isolated from P. terribilis are very sensitive to saxitoxin, but that this is reversed when saxiphilin is present.

According to ANI, "This demonstrates that high-affinity toxin-sponge proteins are able to prevent the actions of small molecule toxins that target sodium channels and lends support to the idea that toxin sequestration mechanisms may act to protect poisonous animals from autointoxication", Abderemane-Ali said.

However, these toxin sequestration methods might function in pathways involved in safely delivering and accumulating toxins in critical defensive organs like the skin, as well as in pathways involved in toxin protection in general. Understanding these pathways might lead to the development of antidotes for a variety of hazardous substances.