Japan's billionaire entrepreneur Yusaku Maezawa is set to launch to the International Space Station on Wednesday from the Baikonur Cosmodrome in Kazakhstan. 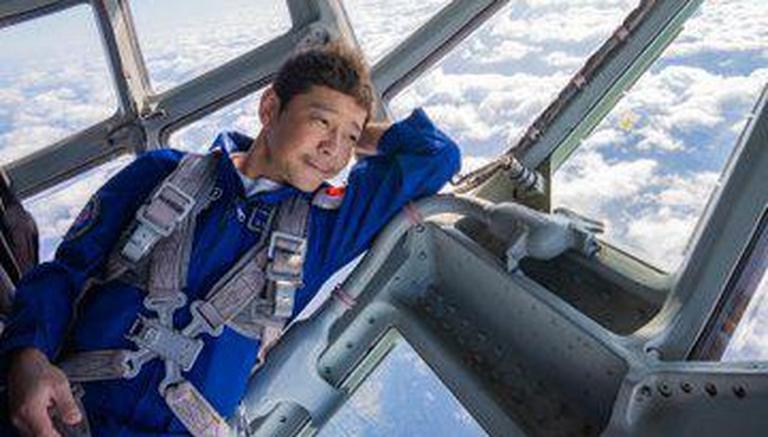 
Japan's billionaire entrepreneur Yusaku Maezawa is set to launch to the International Space Station (ISS) on Wednesday and he is not shying away from expressing his excitement ahead of his first space trip. Maezawa will be accompanied by his assistant Yozo Hirano along with crew commander and Roscosmos cosmonaut Alexander Misurkin for the launch that will take place at the Baikonur Cosmodrome in Kazakhstan. Besides, Russia's Alexander Skvortsov and Japan's Shun Ogiso have also been trained in case a backup crew is needed. Interestingly, Maezawa will be the first tourist to visit the space station in ten years and Russia is eyeing to enter space tourism with its forthcoming mission.

Founder of Japan’s largest clothing retail company Zozotown, the 46-year-old is on his way to his first-ever space trip and emotions are running high for him. In a press conference held earlier today, Maezawa expressed his thoughts ahead of the launch saying that the moments leading up to the flight are very emotional for him. "I'm in a very emotional state right now. I feel like a schoolboy before the exam. I really want to look at the Earth from space, swim in zero gravity and experience how space changes people, how I will change in zero gravity", he said as per Roscosmos.

Stating that he has a hundred things to do in space, the billionaire said that he feels like a kid waiting for a school trip and wants to float in space and experience zero gravity. Maezawa's stay aboard the space station will last for 12 days for which he underwent over three months of training at the Yuri Gagarin Cosmonaut Training Center in Russia’s Star City. During his training period, he had said that training in zero gravity is something he never experienced in his entire lifetime. Maezawa first made headlines a few months ago after buying all the seats of SpaceX's Moon trip. He had revealed that the cost for the entire trip will be handled by him, but he would require a crew of seven people from all kinds of backgrounds. Named project 'Dear Moon', this stint with Elon Musk's SpaceX will be his second venture to the space station.

WE RECOMMEND
Amid Omicron scare, Japan revokes ban on incoming flights day after announcement
Japan's Def Min, FM to meet with Blinken & Austin in US amid China's assertiveness in SCC
Japan calls for extra budget to parliament for economy impacted by COVID-19
US & Japan decide to hold 2+2 bilateral meet after positive talks between Defence chiefs
US Embassy in Tokyo issues warning to Americans on possible racial profiling by Japan
Listen to the latest songs, only on JioSaavn.com