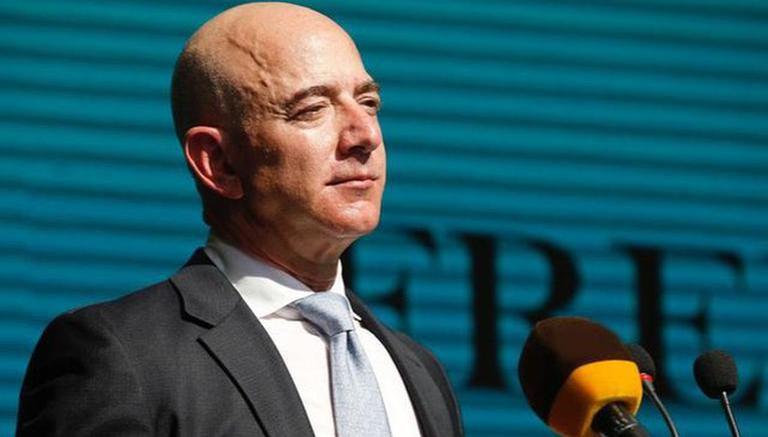 
The Bezos Earth Fund, created last year by the world's second-richest man Jeff Bezos, has disbursed its latest instalment of funds worth $443 million towards climate preservation on Monday. According to the organisation, this new sum will be invested in environmental justice and climate conservation and improved monitoring and accountability towards it. Taking to Twitter, the Bezos Earth Fund made the announcement and wrote, "We are pleased to announce $443M in grants to advance environmental justice, conserve and restore nature, and improve monitoring & accountability. These 44 grants will help enable some of the world’s leading change agents to act quickly on the challenges of this decisive decade".

We are pleased to announce $443M in grants to advance environmental justice, conserve and restore nature, and improve monitoring & accountability. These 44 grants will help enable some of the world’s leading change agents to act quickly on the challenges of this decisive decade. pic.twitter.com/9VrMTpBWkD

Created in 2020, the Bezos Earth Fund is the brainchild of Jeff Bezos wherein the billionaire will disburse $10 billion each year till 2030 to assist the scientists, activists, and other organisations who are in the fight against climate change. This announcement follows the one made in September this year when Bezos announced $1 billion for conservation programs in areas housing local communities and indigenous people. Apart from this, Bezos had also pledged $2 billion towards “restoring nature and transforming food systems” at the COP26 summit in November this year.

Bezos' plan with the Earth Fund

Now that the latest round of funding has ended, the Bezos Earth Fund plans to spend $130 million on 19 different organisations that are reportedly working towards climate justice and are supporting Joe Biden's Justice40 initiative. Under the initiative, the Biden administration has pledged that 40% of the overall benefits of federal investments towards climate action and green energy will be reserved for "disadvantaged communities”, according to The Verge. Apart from this, Bezos has also allocated $261 million for the conservation of 30% of Earth’s lands and oceans by the end of this decade.The Fund has assured that the grants in the coming years will then progress towards creating, expanding, managing and monitoring the protected and conserved areas.

However, this idea of Bezos has received some backlash as many critics pointed out that the Amazon founder was allegedly only helping rich organisations and was ignorant towards community groups led by indigenous people, The Verge reported. Besides, The Earth fund has also received severe criticism after the e-commerce giant Amazon was accused of allegedly emitting large amounts of greenhouse gases.