A new study suggests that scientists exploring Mars should be careful as Mars has an abundance of false fossils produced by life-mimicking processes. 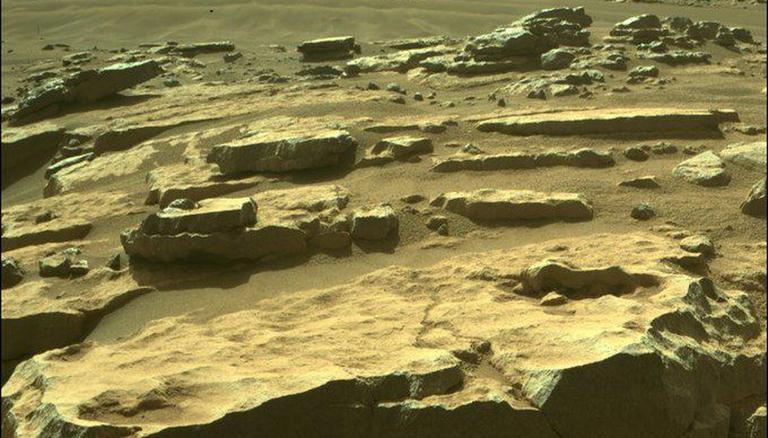 
The neighbouring planet Mars is currently the most suitable turf to explore alien life. NASA’s Perseverance rover is scraping off the red planet’s dusty surroundings in search of the same, however, a pair of scientists have warned about the possibilities of finding false fossils. Published in the Journal of the Geological Society, the new study by the scientists suggests that there is a high chance that we can be fooled by false fossils, something which is abundant on Mars owing to the life-mimicking processes. Astrobiologist and lead author of the study Sean McMahon of the University of Edinburgh was quoted saying as per Science Alert,

At some stage, a Mars rover will almost certainly find something that looks a lot like a fossil, so being able to confidently distinguish these from structures and substances made by chemical reactions is vital. For every type of fossil out there, there is at least one non-biological process that creates very similar things, so there is a real need to improve our understanding of how these form.

'We've been fooled in the past': Experts

McMahon, along with geobiologist Julie Cosmidis of the University of Oxford in the UK, tried to explain that there might be various abiotic processes that can produce non-biological mineral deposits, something that can be misunderstood as a worthy research subject. In their study, the duo suggested that the processes may vary from weathering of rocks to depositing of sedimentary layers and even the process called chemical garden. It is a mechanism where a completely biological-looking structure is formed after the mixing of several different chemicals. Talking about the same, Science Alert reported Cosmidis saying,

We have been fooled by life-mimicking processes in the past. On many occasions, objects that looked like fossil microbes were described in ancient rocks on Earth and even in meteorites from Mars, but after deeper examination they turned out to have non-biological origins.

The experts added that many experiments need to be conducted in order to understand the chemistry and physics of Mars. Results of these experiments would provide an insight into what causes these processes and makes them produce false fossils on the red planet.

WE RECOMMEND
NASA releases most detailed video of Ingenuity helicopter's flight on Mars; WATCH
NASA Rover rummages through rocks to find ‘something no one’s seen before’ on Mars
NASA's Ingenuity helicopter completes 15th flight on Mars in two-min long mission
Astronauts complete 21-day Mars simulation exercise in Israel's Negev desert
Rocket fuel from scratch: Here's how scientists plan to exploit microbes in Mars for fuel
Listen to the latest songs, only on JioSaavn.com