'Like Sands Through The Hourglass': NASA's Curiosity Rover Completes 3,000 Days On Mars

US space agency, NASA's Curiosity rover has completed 3,000 martian days or sols on Mars last week after landing on the red planet on August 6, 2012. 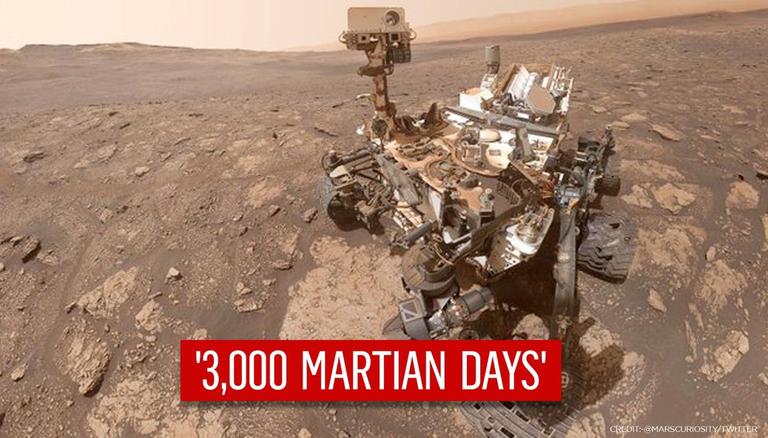 The United States space agency NASA has shared a recently captured panorama by Mars rover Curiosity as it has completed 3,000 martian days or sols exploring the Red Planet. The rover has been on the surface of the Mars since August 6, 2012. NASA noted that rover is continuing to make new discoveries as it gradually climbs up ‘Mount Sharp’ which is a 5-kilometre-tall mountain on Mars that the rover has been exploring since 2014. In the most recent image, according to NASA, most geologists were “intrigued” to see series of rock “benches”. NASA said, “It’s been 3,000 Martian days, or sols, since Curiosity touched down on Mars on Aug. 6, 2012, and the rover keeps making new discoveries during its gradual climb up Mount Sharp, the 3-mile-tall (5-kilometer-tall) mountain it has been exploring since 2014. Geologists were intrigued to see a series of rock “benches” in the most recent panorama from the mission.”

Like sands through the hourglass, so are the sols of our lives. Can you believe I've been here for 3,000 Martian days?

When was the panorama taken?

In the statement, NASA elaborated that the mission’s 2,946th sol, the panorama was captured by the Mast Camera, or Mastcam after stitching together at least 122 images taken on November 18 last year. The Mast Camera is also termed at Curiosity rover’s “eyes”. The US space agency also explained that towards the centre of the panorama is the "floor of Gale Crater, the 96-mile-wide (154 kilometre-wide) bowl that Mount Sharp sits within". It further added, “On the horizon is the north crater rim. To the right is the upper part of Mount Sharp, which has rock layers that were shaped by lakes and streams billions of years ago".

“Our science team is excited to figure out how they formed and what they mean for the ancient environment within Gale,” said Curiosity’s project scientist, Ashwin Vasavada of NASA’s Jet Propulsion Laboratory in Southern California, which built and manages the rover.