National Aeronautics and Space Administration (NASA), on May 9, released an audio clip that featured its ‘marscopter’ humming through red planet’s atmosphere. 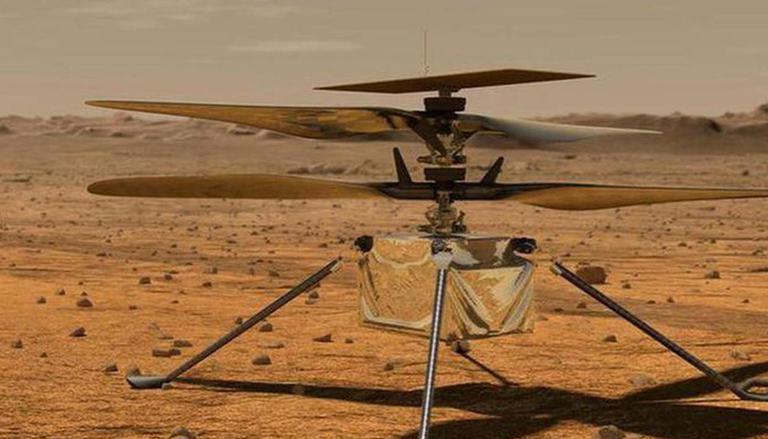 
National Aeronautics and Space Administration (NASA), on May 9, released an audio clip that featured its ‘marscopter’ humming through the red planet’s thin atmosphere. Since its first, Ingenuity has successfully completed five test flights on Mars. On May 7, just before Ingenuity’s fifth flight, NASA shared an audio clip featuring the copter’s spinning blades along with the rumbles of the mighty Martian winds.

California based Jet Propulsion Laboratory (JPL) shared the first of its kind clip on Twitter, revealing that the sounds were recorded by the SuperCam on Perseverance rover. It revealed that on Mars, Ingenuity’s blade spin at an incredible speed of 2,537 rpm, almost five times faster than a helicopter on earth. “Sound adds a new dimension to space exploration,” it wrote sharing the video.

Listen closely👂
The microphone on @NASAPersevere's SuperCam caught sound during #MarsHelicopter’s 4th flight. The rumbling is Martian wind, but those rhythmic hums come from Ingenuity. Scientists made it easier to hear by isolating the 84 Hz blade sound. https://t.co/uua5h40BPL pic.twitter.com/fGWlMRpVji

In the recent recordings, Perseverance captured the laser zaps rocks from a distance, studying their vapour with a spectrometer to reveal their chemical composition of the Martian land. This truly is a landmark feat, as parked 262 feet (80 meters) from the helicopter’s takeoff and landing spot, the perseverance would not have ‘assuredly’ picked up any sound of the flight, scientists at NASA explained in a release by JPL observatory. “Even during flight, when the helicopter’s blades spin at 2,537 rpm, the sound is greatly muffled by the thin Martian atmosphere,” they further elaborated.

Even though it can be called a ‘helicopter’, the appearance is closer to that of mini-drones. The “small but mighty passenger” aboard Perseverance is named, “Ingenuity, the Mars Helicopter” which weighs about 1.8 kilograms on Earth and has a fuselage about the size of a tissue box. The United States space agency also elaborated that it started out six years ago as an “ implausible prospect”.

Ingenuity is an ‘experimental flight test: NASA has stressed that the ‘Mars Helicopter’ or what known as a technology demonstration is also “a narrowly focused project that seeks to test a new capability for the first time”. It also informed that the helicopter is currently not carrying any science instruments and is not a part of Perseverance’s ‘science mission’.