US space agency NASA has selected five proposals for concept studies of missions to help improve understanding of the dynamics of the Sun and constantly changing space environment with which it interacts around Earth.The information will improve understanding of the universe as well as offer key information to help protect astronauts, satellites, and communications signals – such as GPS – in space.

The agency will grant $1.25 million to each of these Medium-Class Explorer proposals to conduct a nine-month mission concept study. Following the study period, NASA will choose up to two proposals to go forward to launch. Each potential mission has a separate launch opportunity and timeframe.

“We constantly seek missions that use cutting edge technology and novel approaches to push the boundaries of science,” said Thomas Zurbuchen, associate administrator for NASA’s Science Mission Directorate. “Each one of these proposals offers the chance to observe something we have never before seen or to provide unprecedented insights into key areas of research, all to further the exploration of the universe we live in.”

The proposals were selected based on potential science value and feasibility of development plans, the agency said. The cost for the investigation ultimately chosen for a flight will be capped at $250 million and is funded by NASA’s Heliophysics Explorers’ program.

The proposals selected for concept studies are:

Solar-Terrestrial Observer for the Response of the Magnetosphere (STORM)

STORM would provide the first-ever global view of our vast space weather system in which the constant flow of particles from the Sun – known as the solar wind – interacts with Earth's magnetic field system, called the magnetosphere. Tackling some of the most pressing questions in magnetospheric science, this comprehensive data set would provide a systemwide view of events in the magnetosphere to observe how one region affects another, helping to untangle how space weather phenomena circulate around our planet.

Solar-Terrestrial Observer for the Response of the Magnetosphere, aka STORM, would provide the first-ever global view of our vast space weather system. STORM is led by David Sibeck at @NASAGoddard in Greenbelt, Maryland. pic.twitter.com/AyTzAVSFnN

HelioSwarm: The Nature of Turbulence in Space Plasmas

HelioSwarm would observe the solar wind over a wide range of scales in order to determine the fundamental space physics processes that lead energy from large-scale motion to cascade down to finer scales of particle movement within the plasma that fills space, a process that leads to the heating of such plasma.

HelioSwarm: The Nature of Turbulence in Space Plasmas would observe the solar wind over a wide range of scales. HelioSwarm is led by Harlan Spence at the @UoFNH in Durham. pic.twitter.com/3AaCnsi8DC

MUSE would provide high-cadence observations of the mechanisms driving an array of processes and events in the Sun's atmosphere – the corona – including what drives solar eruptions such as solar flares, as well as what heats the corona to temperatures far above that of the solar surface.

Multi-slit Solar Explorer, aka MUSE, would provide high-cadence observations of the mechanisms driving an array of processes and events in the Sun's atmosphere. MUSE is led by Bart De Pontieu at @LockheedMartin in Palo Alto, California. pic.twitter.com/ufKNP3nmJO 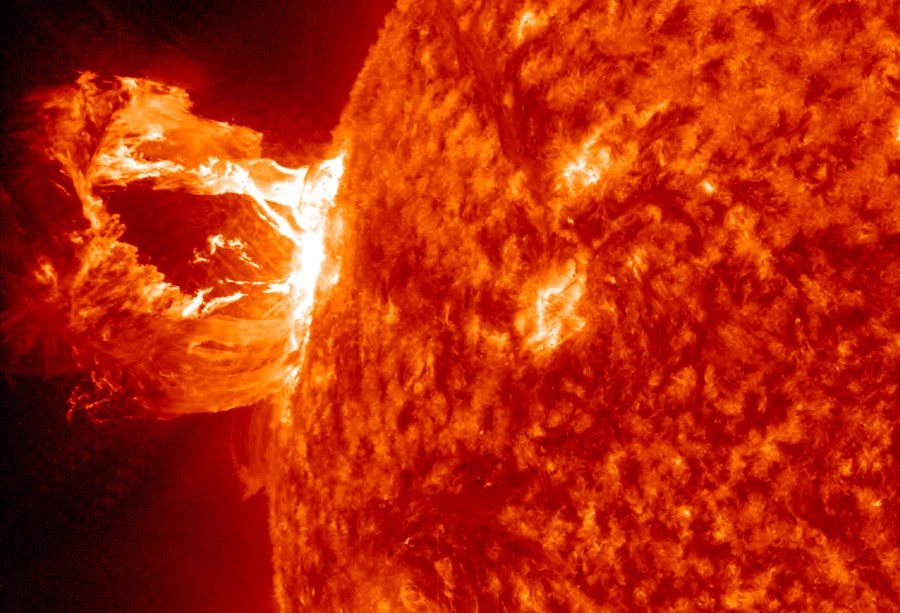 ARCS would explore the processes that contribute to aurora at size scales that have been rarely studied: at the intermediate scale between the smaller, local phenomena leading directly to the visible aurora and the larger, global dynamics of the space weather system coursing through the ionosphere and thermosphere. Adding crucial information to understanding the physics at the border between our atmosphere and space, these observations would provide insight into the entire magnetospheric system surrounding Earth.

Auroral Reconstruction CubeSwarm, aka ARCS, would use CubeSats and ground observatories to provide a comprehensive picture of the drivers and response of the auroral system to and from the magnetosphere. ARCS is led by Kristina Lynch at @Dartmouth in Hanover, New Hampshire. pic.twitter.com/k4tWN8L7uV

Solaris: Revealing the Mysteries of the Sun’s Poles

Solaris would observe three solar rotations over each of the Sun's poles to obtain observations of light, magnetic fields, and movement in the Sun's surface, the photosphere. Better knowledge of the physical processes visible from the pole is necessary to understand the global dynamics of the entire Sun, including how magnetic fields evolve and move throughout the star, leading to periods of great solar activity and eruptions approximately every 11 years.

Solaris: Revealing the Mysteries of the Sun’s Poles would address fundamental questions of solar and stellar physics that can only be answered with a view of the Sun's poles. Solaris is led by Donald Hassler at the @SwRI in Boulder, Colorado. pic.twitter.com/aTX9qiaetY