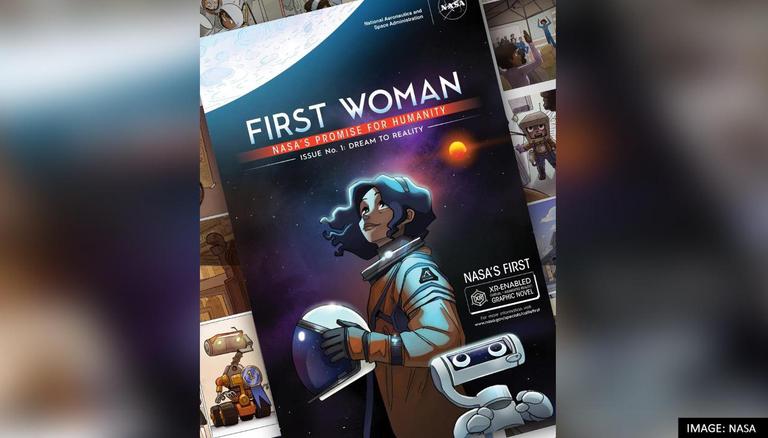 
In honour of National Comic Book Day, NASA released its first digital, interactive graphic novel on September 25. The story of Callie Rodriguez, the first woman to explore the Moon, is portrayed in “First Woman: NASA's Promise for Humanity.”

Even though Callie's story is fictional, the first woman and the first person of colour will walk on the Moon as part of NASA's Artemis missions, thereby achieving these historic milestones. NASA hopes to inspire the next generation of explorers — the Artemis Generation – with this graphic novel.

"First Woman" is available for download, reading, and interaction, or you may listen to the audio version exclusively on NASA's SoundCloud.

NASA Deputy Administrator Pam Melroy said in a press release, "The narrative of Callie shows how passion, dedication, and perseverance allow us to turn our aspirations into reality. Callie, like myself, developed her abilities, took advantage of learning opportunities, and overcame obstacles to become a NASA astronaut. Her diversity is represented in our current astronaut corps — it's important that we consider ourselves as the space explorers.”

The 40-page comic book covers NASA technologies used to travel to, land on, and explore the Moon. The digital format comes to life, allowing viewers to participate and interact with the story through augmented reality components on the First Woman website or through their mobile devices.

Readers can explore life-sized landscapes and 3D items, such as NASA's Orion spacecraft and the lunar surface, by downloading the First Woman app for Android or iOS. Videos, games, challenges to earn collector badges, and methods to virtually participate in NASA missions are among the additional features.

READ | NASA, Boeing assist Russia in probing to find cause of cracks in ISS module

Derek Wang, director of communications for NASA's Space Technology Mission Directorate at the agency's headquarters in Washington, stated, "We developed this graphic novel and digital ecosystem to convey NASA's work in a distinctive and engaging way. We set out to create content that was both entertaining and approachable. We believe that there will be plenty for everyone to enjoy, from space lovers of all ages to dedicated educators searching for new methods to get students enthusiastic about STEM.”

In the future, NASA hopes to make a Spanish version of the first issue of the comic book "From Dream to Reality" available on the website.