According to NASA, it is known for the dust lane across its middle and a giant jet blasting away from the supermassive black hole at its center.

NASA took to its official Instagram handle and shared images of the fifth brightest galaxy in the sky. According to NASA, it is known for the dust lane across its middle and a giant jet blasting away from the supermassive black hole at its centre. Cen A is an active galaxy about 12 million light-years from Earth. Each light wavelength speaks something different.

In the image, the dark dust lanes and young blue star clusters, which crisscross its central region, can be seen in visible light. The first image is â£a part of a "quartet of galaxies" collaboration of professional and amateur astronomers that combines optical data from amateur telescopes. This is done with data from the archives of NASA missions. According to the reports by NASA, its Marshall Space Flight Center in Huntsville manages the Chandra program for NASA's Science Mission Directorate in Washington. The Smithsonian Astrophysical Observatory in Cambridge controls Chandra's science and flight operations. Let’s have a look at the images.

Since uploaded, the image has managed to gather over 1 million likes. Stunned by the images, netizens took over the comment section. One Instagram user wrote, "Woaaah that’s gorgeous". Netizens can be seen leaving heart and lovestruck emojis in the comment section. Another Instagram user wrote, "the universe is so beautiful and so weird". Let's have a look at what the netizens have to say. 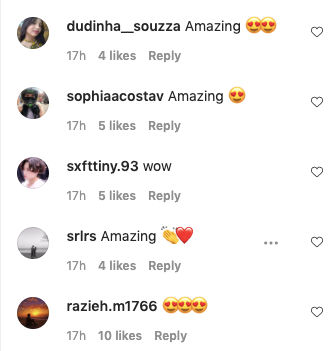 Earlier, NASA shared an image of a striking bluish green supernova on the occasion of St Patrick’s Day that was formed after a massive star exploded in a nearby galaxy called the Small Magellanic Cloud. The X-rays in the mesmerising green, a colour symbolic of Irish rebellion during the St Patrick day was emitted nearly 200,000 light-years away in the satellite galaxy of the milky way, according to NASA. In an Instagram post, the space agency wrote that a cosmic explosion sent the debris field abloom, creating the greenish radiations in a spectacular display of vibrant filaments. “There once was a massive star, 200,000 light-years afar. It collapsed and went boom,” NASA wrote alongside the awe-inspiring imagery, adding a tinge of humour, saying “no you can't get there by car.” Further, the space administration wished the astrophiles a “happy St. Patrick's day”.