Scientists at NASA and the NOAA in the United States found that Earth's energy imbalance approximately doubled during the 14-year period from 2005 to 2019. 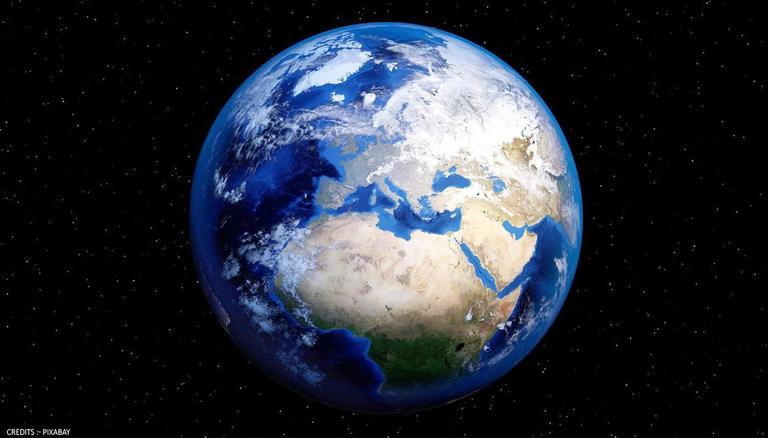 
The amount of heat trapped by Earth has doubled over the course of only 14 years. Scientists at NASA and the National Oceanic and Atmospheric Administration (NOAA) in the United States found that "Earth's energy imbalance approximately doubled" during the 14-year period from 2005 to 2019. The findings of the study have been published in the Geophysical Research Letters.

The balance between how much Sun's radiative energy is absorbed in the atmosphere and at the surface, and how much thermal infrared radiation Earth emits to space determines Earth's climate. For the study, scientists compared data using two independent measurements that include NASA’s Cloud and Earth’s Radiant Energy System (CERES) and data from a global series of ocean buoys called the Argo which allows an accurate estimate of the rate of global warming of the oceans. Norman Loeb, lead author for the study and principal investigator for CERES at NASA's Langley Research Center in Hampton, Virginia said that the two independent ways helped them find the changes in Earth's energy imbalance.

"The two very independent ways of looking at changes in Earth's energy imbalance are in really, really good agreement, and they're both showing this very large trend, which gives us a lot of confidence that what we're seeing is a real phenomenon and not just an instrumental artifact, " said Norman Loeb.

"The trends we found were quite alarming in a sense," said Loeb in a news release by NASA.

Scientists found that the increase in emissions of greenhouse gases such as carbon dioxide and methane due to human activity traps heat in the atmosphere. The warming leads to other changes, such as snow and ice melt and increased water vapours and cloud changes that can further enhance the warming. The researchers also found that a shift of Pacific Decadal Oscillation (PDO) from a cool phase to a warm phase likely had a role in the intensification of the energy imbalance. Scientists warn that this study is only a "snapshot relative to long-term climate change" which they cannot predict with any certainty. However, the study concludes that if the rate of heat uptake does not subside, greater climate changes should be expected.

READ | Alien contact could be 'extremely dangerous' and could 'end life on Earth': Scientists

"It's likely a mix of anthropogenic forcing and internal variability," said Loeb.

"And over this period they're both causing warming, which leads to a fairly large change in Earth's energy imbalance. The magnitude of the increase is unprecedented", said Norman Loeb in the news release by NASA.