NASA’s Curiosity rover, which has spent nine years on Mars, sent a picture postcard from the red planet on Tuesday that might leave people teary-eyed 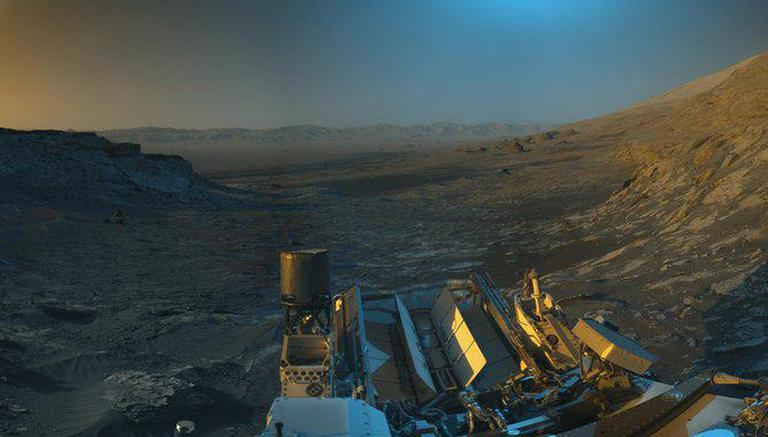 
NASA’s Curiosity rover, which has spent nine years on Mars, sent a picture postcard from the red planet on Tuesday that might leave people teary-eyed. According to NASA’s Jet Propulsion Laboratory (JPL) which manages the rover, this image is an artistic interpretation of Curiosity’s view from the side of Mount Sharp, where it is currently parked. It further revealed that the mission team created the postcard by combining two versions of black and white images from separate hours of the martian day and adding colour to it.

Greetings from high up on Mars’ Mount Sharp! My team combined two black-and-white images from different times of the day and added colors to make this artistic landscape. There’s beauty all around us if we let ourselves be inspired.

‘Too pretty not to capture it’: JPL

Whenever Curiosity completes its drive, it captures a 360-degree view of its surroundings with its black-and-white navigation cameras. Since the panorama image must be sent to Earth, the rover keeps the image compressed and in a low-quality format. “But when the rover team saw the view from Curiosity’s most recent stopping point, the scene was just too pretty not to capture it in the highest quality that the navigation cameras are capable of”, said JPL. 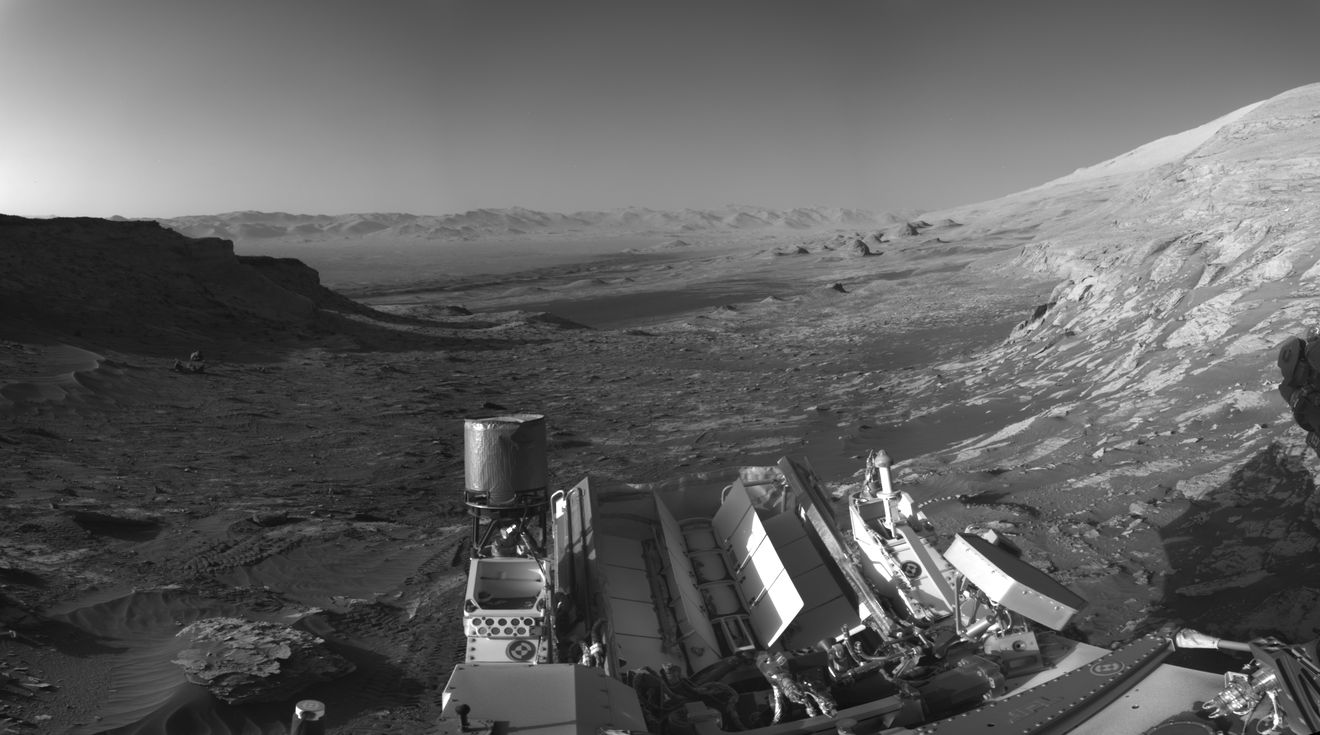 According to the agency, the images were captured on November 16 at 8:30 a.m. and again at 4:10 p.m. local Mars time, as engineers wanted two sets of mosaics, or composite images, capturing the scene at the said time. According to JPL, a variety of landscape details were brought out as the different times of the day provided contrasting lighting conditions. This image is a combination of two scenes from different times where the blue colour represents elements from the morning, orange ones are elements from afternoon and green is a combination of both.

As per JPL’s description, the center part of the image features the 5-kilometer-tall Mount Sharp, which the rover has been climbing since 2014. At the center-right, rounded hills can be seen in the distance and nearly 400 to 800 meters away stretches a field of sand ripples known as the “Sands of Forvie”. Back in July, Curiosity was able to get a closer look at these features, when the landscape underwent intriguing changes, as per the JPL. As of now, Curiosity is working to save astronauts who will the red planet in the near future as it has commenced a mission to identify regions on Mars that will protect humans from radiation.