The CuPID Cubesat will help us know what the boundary of Earth’s magnetic field looks like, and understand how and why energy sometimes gets in, said NASA. 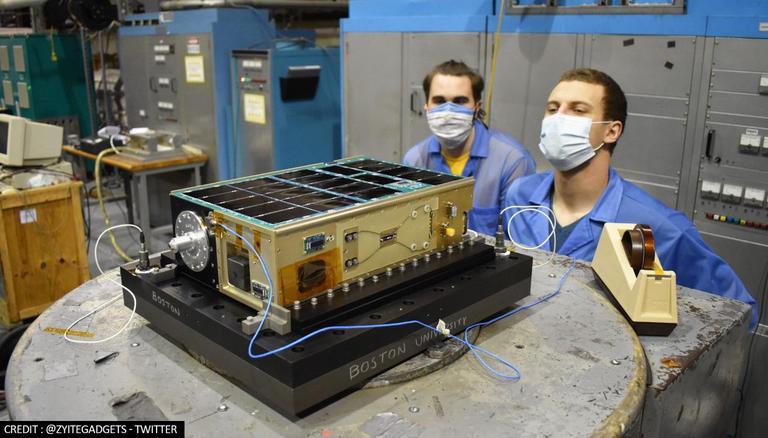 
NASA has announced that its preparations to bid farewell to the CuPID Cubesat are nearing completion as the date of its launch approaches, scheduled for September 23. Named the Cusp Plasma Imaging Detector (CuPID), the miniature CubeSat is no larger than a loaf of bread and no heavier than a watermelon. The satellite will hitch a ride on the United Launch Alliance Atlas V 401 rocket carrying the Landsat 9 that will launch from Vandenberg Space Force Base in California, under a joint mission of NASA and the U.S. Geological Survey, said NASA's official website.

The CuPID is tasked with imaging the boundary where Earth’s magnetic field interacts with the Sun’s, from an orbit of about 550 kilometers above the Earth’s surface. The satellite will be deployed on the edge of the magnetosphere, a protective covering that is produced by Earth’s magnetic field. The magnetosphere is considered extremely crucial as it shields our planet from the Sun’s radiation. However, some of the radiation comes trickling toward us, potentially putting satellites and astronauts in harm’s way. The Earth’s magnetosphere also changes shape, due to 'magnetic reconnection, when the Sun's activity increases.

Brian Walsh, assistant professor of Mechanical Engineering at Boston University and CuPID’s principal investigator, explained that CuPID will help us know what the boundary of Earth’s magnetic field looks like, and understand how and why energy sometimes gets in. The satellite is equipped with a wide field-of-view soft X-ray camera that observes lower-energy, or “soft” X-rays emitted when solar particles collide with the Earth’s magnetosphere, and provides a wide field-view. As per NASA, building such a camera that reflects or “bounces” the X-rays into focus was the most challenging task as CuPID seeks a macro view.

The CuPID CubeSat is the outcome of 16 long years of hard work by scientists, engineers, technicians and students at Goddard and Wallops Flight Facility on Virginia's Wallops Island, said NASA. The satellite will be launched aboard the rocket with three other miniature satellites as these CubeSats can share a rocket for distinct space research projects. Space companies prefer CubeSats as they significantly bring down mission costs but offer high rewards.