National Aeronautics and Space Administration (NASA) is all set to attempt the first powered, controlled flight of 'Mars Helicopter' on Red Planet this week.

National Aeronautics and Space Administration (NASA) is all set to attempt the first powered, controlled flight of 'Mars Helicopter' on the Red Planet this week. Over a century after the first powered flight on Earth, NASA transported aboard the Mars 2020 spacecraft that arrives at the Martian Planet on Thursday. Called the small ‘Ingenuity’ helicopter, the ‘technology experiment’ will be subjected to several challenges with the most significant being the rarefied atmosphere of the planet that is also just one per cent the density of that of Earth’s.

Even though it can be called a ‘helicopter’, the appearance is closer to that of mini-drones. NASA said in a statement that when its Perseverance rover lands on Mars on February 18, it will also be carrying a “small but mighty passenger” which is named, “Ingenuity, the Mars Helicopter” that weighs about 1.8 kilograms on Earth and has a fuselage about the size of a tissue box. The United States space agency also elaborated that it started out six years ago as an “ implausible prospect”.

NASA said, “Engineers at NASA’s Jet Propulsion Laboratory in Southern California knew it was theoretically possible to fly in Mars’ thin atmosphere, but no one was sure whether they could build a vehicle powerful enough to fly, communicate, and survive autonomously with the extreme restrictions on its mass.” 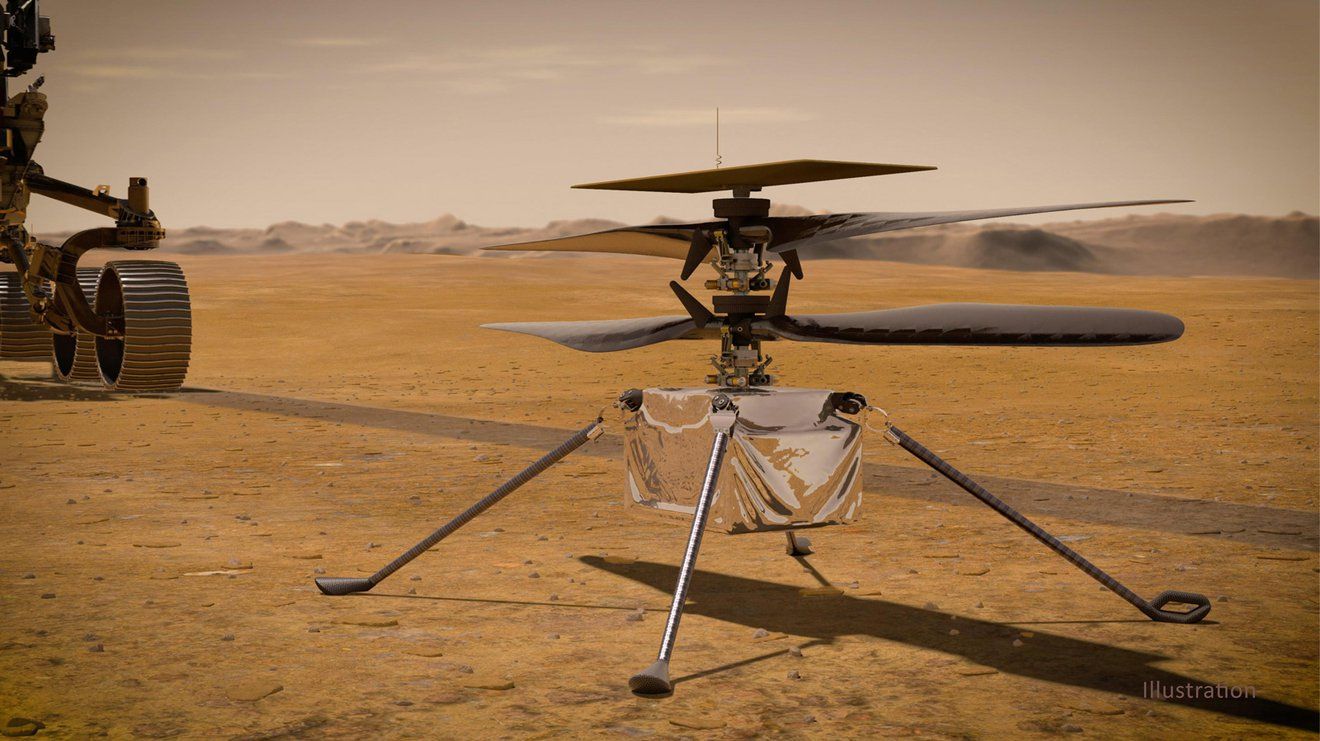 Crucial things about the ‘Mars helicopter’

Ingenuity is an ‘experimental flight test: NASA has stressed that the ‘Mars Helicopter’ or what is known as a technology demonstration is also “a narrowly focused project that seeks to test a new capability for the first time”. It also informed that the helicopter is currently not carrying any science instruments and is not a part of Perseverance’s ‘science mission’.

Ingenuity will attempt to take only five test flights within a 30-Martian-day (31-Earth-day) demonstration window. NASA also said that the Red Planet will pose its own different set of challenges for Ingenuity to attempt its first powered, controlled flight.  The US space agency said, “Because the Mars atmosphere is so thin, Ingenuity is designed to be light, with rotor blades that are much larger and spin much faster than what would be required for a helicopter of Ingenuity’s mass on Earth.”