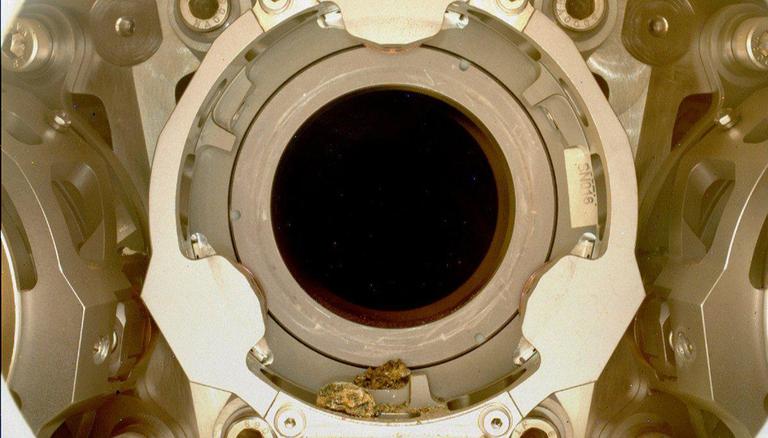 
National Aeronautics and Space Administration's (NASA) Perseverance rover's rock sample collection system is being obstructed by some pebble-sized material. Perseverance Mars Rover successfully cored and extracted a sample from a Mars rock on Wednesday, December 29 (sol 306). Coring of the rock called Issole by the scientists team went well, according to data downlinked following the sampling.

"However, during the transfer of the bit that contains the sample into the rover's bit carousel (which stores bits and passes tubes to the tube processing hardware inside the rover), our sensors indicated an anomaly," Louise Jandura, chief engineer for sampling and caching, wrote in a blog post on Friday.

The Mars rover performed exactly how it was supposed to do: it halted the caching procedure and dialled home for instructions. When the rover encountered exceptional resistance while stowing the sample, the rover came to a standstill. The debris is preventing the rover's robotic arm from correctly handing off the sample-filled tube for sealing and storage, as the rover team explained in a tweet on Friday.

I recently captured my sixth rock core and have encountered a new challenge. Seems some pebble-sized debris is obstructing my robotic arm from handing off the tube for sealing/storage. More images and data to come. #SamplingMars takes perseverance.

Perseverance is the first rover on Mars to try to collect materials in sealed tubes. It's an important aspect of a mission that's also looking for evidence of ancient microbial life on Mars. NASA intends to launch an ambitious future expedition to collect the samples and return them to Earth for analysis. By pulling out the drill bit and tubing, the rover team told the machine to backtrack. It took some pictures along the route to aid in the diagnosis of the problem.

"These most recent downlinked images confirm that inside the bit carousel there are a few pieces of pebble-sized debris", Louise Jandura, chief engineer for sampling and caching, noted.

The pebbles are thought to have fallen out of the sample container, according to NASA. While the debris is a challenge, there's no need to be concerned just yet. The bit carousel's designers have addressed this possibility, according to Louise Jandura, but it will take time to come up with a solution that allows the pebbles to leave in a controlled and orderly form. When it comes to dealing with the red planet's outbursts, NASA has proven to be resourceful. The Perseverance team intends to take it slowly with this one in order to ensure that the sampling mechanism is clear and ready for future work.