Researchers have developed a fabric, called 'mirror' fabric, that resembles a regular T-shirt but can chill the body by approximately 5 degrees Celsius. 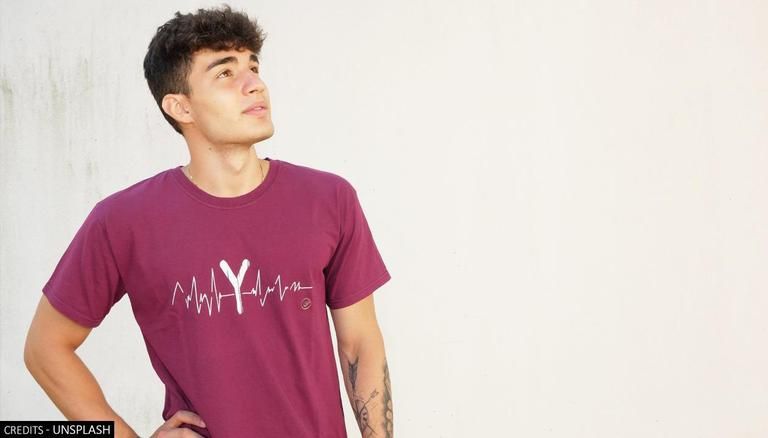 
While it's simple to design clothes that keep you warm, it's much more difficult to design an ensemble that keeps you cool on a hot summer day. Researchers have developed a fabric that resembles a regular T-shirt, but can cool the body by approximately 5 degrees Celsius. They claim that if mass-produced, the technology could enable people all around the world to insulate themselves from rising heat brought on by climate change.

Researchers developed fabric that can keep you cool by 5°C

Fashion designers usually utilise light-coloured fabric that reflects visible light to create attire that reflects the sun. Another approach, however, reflects electromagnetic radiation from the Sun, such as ultraviolet (UV) and near-infrared (NIR) radiation. NIR warms objects that absorb it and cools them down slowly as they emit it. Our atmosphere, on the other hand, impedes this cooling process; NIR is absorbed by neighbouring water molecules when it is emitted by an object, heating up the surrounding air.

Researchers are turning to mid-infrared radiation (MIR), a form of IR with longer wavelengths, to speed up the cooling process. MIR energy is absorbed straight into space rather than being absorbed by molecules in the surrounding air, chilling both the items and their surroundings. Radiative cooling is a process that engineers have utilised to build roofs, plastic films, wood, and ultra-white paints during the previous decade.

Unlike many of the garments we wear, human skin emits MIR naturally. Stanford University researchers developed a cloth that allows MIR from the human body to pass through it directly, cooling the wearer by around 3 degrees Celsius. The cloth, however, had to be extremely thin—only 45 micrometres thick, or roughly one-third the thickness of a lightweight linen dress shirt—in order to work. As a result, some academics have questioned its long-term viability.

Engineers Ma Yaoguang of Zhejiang University and Tao Guangming of Huazhong University of Science and Technology adopted a novel method to designing a thicker fabric. Rather than allowing MIR from the skin to travel straight through their fabric, they and their colleagues created a textile that absorbs body heat and re-emits it as MIR through chemical connections. The 550-micrometre fabric, which is made out of polylactic acid and synthetic fibre combination with titanium dioxide nanoparticles strewn about, also reflects UV, visible, and near-infrared light, keeping the wearer cool. “Optically, it's a mirror,” said Tao, despite the fact that it appears to be an ordinary shirt.

Evelyn Wang, a mechanical engineer at MIT noted that the research points to rapid advancement in the field of radiative cooling. This method has advantages since it allows for the use of a wider range of materials and makes the product feel more like cotton, which is crucial to the user. Ma and Tao are now contacting textile and garment producers to see if they can get their fabric on store shelves. According to them, the nanomaterial-infused fabric should only add roughly 10% to the cost of ordinary apparel production.